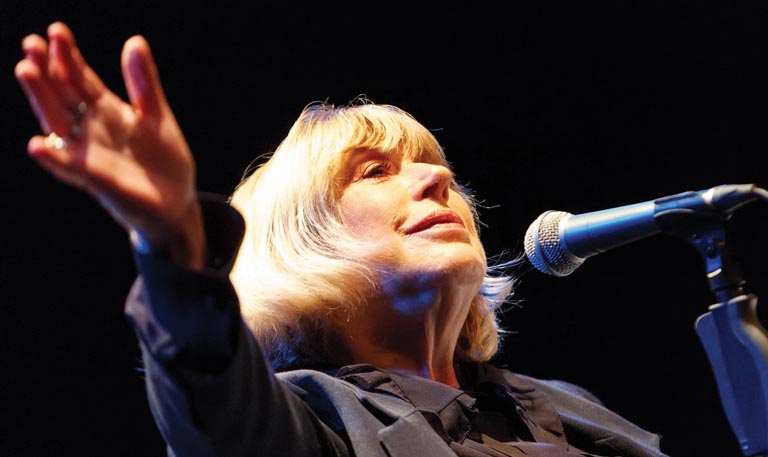 Mick Jagger’s image evolved from a defiant rock ‘n roll troublemaker to being eternally youthful. His former girlfriend Marianne Faithfull abandoned the pretense of bubbling with vitality. After barely surviving COVID, she will release her 21st solo album: She Walks in Beauty. Why do I feel that Faithfull offers a more hopeful view of aging?

In the Netherlands, The Rolling Stones — Unzipped exhibit at the Groninger Museum offers a chance to revisit our youth, the time when life seemed more sparkling, adventurous, and relaxed. Nostalgia serves a psychological function. It unifies the sense of self, even as time changes us dramatically. It connects who we were with who we are, and helps us to determine who we want to be. If we focus on Mick Jagger to answer the last question, we may contemplate his future. He too will die one day, but in my mind it seems more likely that he will conceive a child with a beautiful model, or announce another world tour where he energetically bounces around the stage, repeating the gestures of his youth. The man who announced that he didn’t want to spend the rest of his life singing, “(I Can’t Get No) Satisfaction” appears to be doing just that. His vitality is admirable, but he also seems to embody stagnation.

Jagger’s former sweetheart Marianne Faithfull offers a mirror image of aging. A few years ago, at age 71, she posed with her walking cane for the cover of Negative Capability. The title of her album refers to an idea from romantic poet John Keats, who spoke of the “negative capability of being in uncertainties, mysteries, doubts, without any irritable reaching after fact and reason.” Just as Keats recommended, Faithfull seems to have buried self-consciousness about how she might come across to outsiders and describes the experience of aging openly.

Her recent work has been received very favorably by critics. She offers a trip down memory lane, and re-recorded the song which first made her famous: “As Tears Go By,” one of the first songs written together by Jagger and Keith Richards. In 1964, her voice is sweet, the song lightly scratching the surface of melancholy. In 2018, Faithfull’s voice has the scars of experience. She has dealt with mental breakdown, miscarriage, anorexia, attempted suicide, abortion, years as a homeless drug addict, and breast cancer. Her raw, broken voice is accentuated on the album by the dark tones of the piano, guitar, and violin. For me, the new, imperfect version is undoubtedly more beautiful.

Faithfull’s lyrics touch upon aging, isolation, and loss. Her song “Born to Live” mentions that, “We’re born to die, no one to blame / We’re born to love, we’re all the same.” She knows what to do: “Pray for a good death, one for me and one for you.” In interviews she explains that she has learned to be herself and to be honest. “Send me someone to love / Someone who could love me back.” The backup choir lets us know that Faithfull is finally ready for love.

Faithfull bemoans and endures the impossibilities that come with aging. After unexpectedly surviving COVID-19—and being in intensive care—she tells us she was “in a dark place. Presumably, it was death.” She also describes how the lingering effects of the illness still affect her, including fatigue, memory, and her lungs. “Oh man,” she says, with a sigh, “I wish I’d never picked up a cigarette in my life.” COVID may have robbed her from the possibility to record another album, but not of the negative capability to experience and produce beauty.

The icon Mick Jagger is vibrant, seemingly unbothered by age. The icon Faithfull shows us the scars of wrong choices and passing time. She shows the honesty of someone who has nothing to lose. Her music makes you believe that pain, suffering, and decay are easier to endure than stagnation: “I know I’m not young and I’m damaged / But I’m still pretty, kind and funny / In my own particular way.” Carl Jung put it like this: “The privilege of a lifetime is to become who you truly are.”

I eagerly await the release of She Walks in Beauty, whereas I would only listen to a new release of Jagger and company to assess if it would match the miracles they delivered in the last century. He who dares to grow old has the better future.

Ad Bergsma studied psychology and cultural anthropology in The Netherlands and works as a science writer, happiness researcher and lecturer. He has written eighteen popular books on psychological subjects, such as Happiness at Work. His English papers on happiness and aging can be found on his website at grootstegeluk.nl