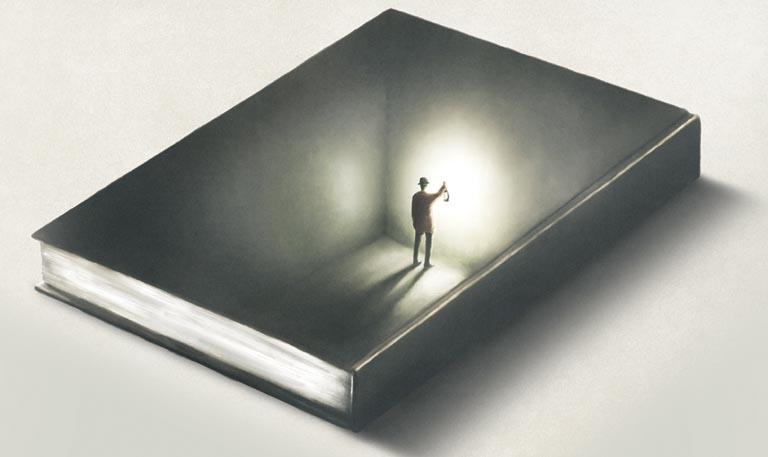 I was 76 when I began a project I thought I’d never begin, a cycle of poems on Mom’s Alzheimer’s and my parched caregiving. Eighty-two now, I wonder sometimes if the project will ever end.

My first poem, “Alzheimer’s Psalm,” begun appropriately on a winter night, written with an excitement bracketed by question marks. How to remember the breakaway planet of forgetting that for years remained happily forgotten? Did I want to remember it? I wasn’t sure. But I felt at times it wanted to be remembered. And ultimately, it muscled my misgivings aside.

Sylvia Hirschfield was an Orthodox Jew who every Friday night would light the Sabbath candles, and turn our tiny Bronx kitchen into a room of shadows. I’d sit watching the reflected flames on the wall, stirred by the nameless yearning mystery awakens in children.

The ending of that ritual many years later, after a short season of fading, led to a set of disquieting new rituals.

When you lit the Sabbath candles that Tuesday, your elbow driving me away the river we’d both been dragging snapped and broke.

By nature trusting and gregarious, Mom disappeared into herself, hiding in silence until some stunning mental quirk would make her blurt, “So that’s what happened, David two-timed Lenny (my younger brother) with his wife and broke up their marriage.”

Mom always liked David, Lenny’s old friend. She’d feed him, dote on him, rave about him. I adjusted more easily to her memory’s vacancy than to the vacancy of the sweet soul I’d always known. Whenever she spoke of David’s treachery, a blade of ice would puncture me.

Poetry, with its wild leaps and symbolic speech, made it possible for me to revisit the fractures of my caregiving years. Her fractures and my own. One cannot touch Alzheimer’s without being touched by it. My trust in life abandoned me as surely as it abandoned her.

After publication of my Alzheimer’s chapbook, The Road to Canaan, in 2019, I wrote a poem called “Cheating At Cards”:

She slaps down her three shadows on the table and runs off with my shadow.

Recalling my mother’s frozen bewilderment when she awoke, I do not take my morning stillness and clarity for granted. Not at my age, which was precisely her age when Alzheimer’s took hold of her. At her kitchen table in Queens, where we used to discuss the state of the world, and the place of the spirit in it, I’d make her tea and set down slices of rye bread for her to slather with cottage cheese.

She’d struggle getting the cottage cheese on to the bread. (She refused to let me help.) She didn’t know what to make of the light coming through the window, or of my presence in her midst. Every new moment was a project that tied her in knots.

Gathering the crumbs to her, she separates one from the other like she’s been separated.

Not far from the table stood the fridge. Its spacious interior provided the scant comic relief that sanded down some of the rough spots. On a given day, I might find in the fridge a proliferation of chickens (when she was still able to take herself shopping), her bifocals, her dentures, once, even, a shoe.

If some of my Alzheimer’s poems bear surrealist markings, that fridge is the main reason. It was the final nesting place of mom’s procreative energy, the harbor of a demented creativity.

The shoe in the fridge is her left shoe. She sideswipes the celery for a clearer view.

Poetry bores a hole in time, which every day I journey through. Some days Mom is easier to find than others. Usually, I find her in the desert. Like the people of Israel in the Book of Exodus, she learned more about wandering and dryness than she ever wanted to know. Her scourged vocabulary (mine was a more articulate version of hers) contained no equivalent of a Promised Land.

When I could remember to breathe deeply, settle in beside her, hold her, graft my silence onto her, she’d periodically shake herself free from her loop of disconnect. Her face would open a bit, light would enter it. A brief visit.

After her stroke, in her hospital bed, I’d sit beside her, searching futilely for words of encouragement.

At one point, she looked up at me. On her face, the old brave smile I knew from the old days. “Life’s no fun anymore.”

She was, I had to remind myself, an inveterate fun lover. She’d savor good jokes, howl at life’s illusions, eat grapes, and sponge cakes with her sisters. They’d swap stories of their happy days as immigrants in New York’s Jewish slums when they were young, and growing into their lives as Americans, and nothing had aged yet, and perhaps never would.

Poetry, with its wild leaps and symbolic speech, made it possible for me to revisit the fractures of my caregiving years.

In The Road To Canaan, there is the poem, “Towards The Desert,” in which I imagine her disaffection with God:

She still reads his book. He’s done something to the characters. Abraham and Isaac are up to their necks in dead insects She is looking for the desert where the Jews were fed with all their different diets. She is hungry for stewed prunes, but would settle for an omelet.

I am aware of the irony in remembering Alzheimer’s through an art form that is itself a forgotten relic of generations past. But poetry is the ancient university of memory. Mom remembered Russian poet Yevgeny Yevtushenko for remembering the wartime massacre of Jews at Babi Yar, a ravine in the Ukraine. I remember our difficult journey together. We traveled far. She didn’t know me in the end. I didn’t know myself. I look to the poems to fill in the gaps.

Robert Hirschfield is a New York-based writer and poet. He has spent much of the last five years writing and assembling poems about his mother’s Alzheimer’s. In 2019, Presa Press published a volume of his poems titled, The Road To Canaan. His work has appeared in Parabola, Tricycle, Spirituality & Health, Sojourners, The Moth (Ireland), Tears In The Fence (UK) and other publications.