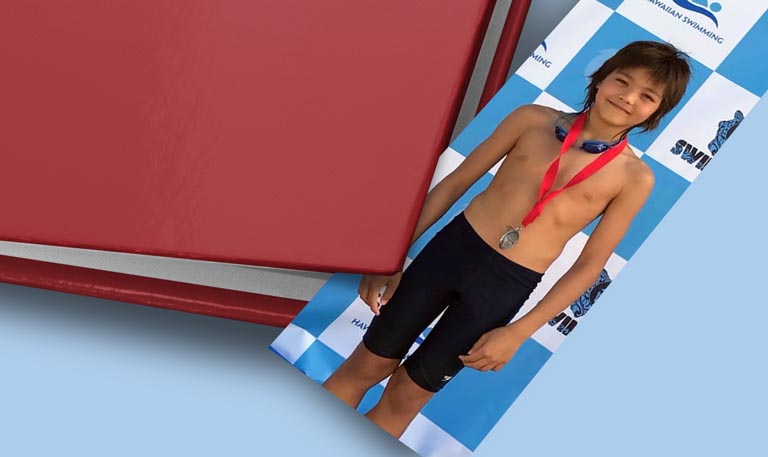 I feel that I have been lucky in many ways but especially because of the children that have passed through my adult life. There is my son, foster children, guardianships, stepchildren, and the children of friends. Some have stayed close, others touch base now and then.

Then, at 67, my first biological grandchild arrived. His generous mother Kumiko asked me to sit in the birthing room next to her, and I became the first person to see that beautiful boy’s face as he entered this world. My heart exploded! Something moved in every cell of my body.

Kaito was followed by a sister, Soara, and we were all close as they lived only a few blocks away. Then, after four years of snuggles, naps together, soap bubbles, bugs, puppies, and experiments, they moved to Hawaii. Kaito was 4 and Soara 2. I knew that all the things I had learned about being a good parent and grandparent would have to adapt.

At first, it was easy. I sent stamped postcards for them to draw messages on, projects to build, books to look at or read together, songs to sing, and video visits or calls. Lucky again, I could visit Hawaii in the winter! Long distance, we did recitals and plays online.

They were 10 and 12 when COVID-19 hit, and I felt I was losing contact with Kaito. He is a talented athlete at this age, and he plays the piano and guitar. But without his friends, he changed. Zoom school was boring, online games energizing, his sunny personality dimmed, and my grandma solutions were weak. Adolescence was around the corner and snarky entered the room.

What was the magic word for a 12-year-old? What would help in this lock-downed time? “Money” was the answer. Cold but viable to exchange for a hot skateboard, fanny pack, new technology, or a buzzer for his room to protect his privacy. I set up a point-bank for reading. I was always sending him books anyway. After checking with his parents, he chose Beartown and I bought a copy. We agreed to read together and FaceTime twice a week, usually 50 pages each time. I would ask questions and give him assignments.

I had no idea it would result in deep conversations—not just between us—but also with his parents. Beartown is a novel about a place in Sweden consumed by ice hockey. The central theme is personal integrity and the tensions of class, inequality, community pride, friendship, family, and violence. I worried Kaito was too young for some of these themes, but his father said he could read it.

Through our conversations, I learned so much about my grandson, his values, how he viewed friendship and teamwork, his understanding of pride and shame regardless of income, and his moral courage. He insisted a rape—a trauma in the story— had to be reported, not delayed even a day. Any attempt to shield the wealthy young hockey player in the story, who was essential to winning the championship game, was wrong.

We talked about the possible consequences of honor and truth in an imperfect world. I found myself in tears after one FaceTime call, as each discussion revealed the strength of my grandson’s character. He said that these questions never came up in his classroom, or between friends, even though many of the subjects in the book were common in our national news.

The next book he chose was The Girl Who Drank the Moon, a tale about a town that believes all that protects them from devastation is the town council, and the sacrifice each year of a newborn baby. It is a classic fable of good people conned by a myth while the elite enrich themselves. Anyone in the village who questioned what they were told was punished. In my mind, I linked it to our national and international news. For Kaito, I was careful to stick to the universal power of stories in politics, racism, religion, and so much of life, so he could put his own thoughts together. These ideas were for him to think about.

We read six more books, together, but now Kaito is back in his regular classroom and our reading sessions seem to be over. I asked when we might start again. But as much as I want to—I learned so much—he hasn’t said anything except how much he loves his new skateboard.

Jennifer James has a doctorate in cultural anthropology and master’s degrees in history and psychology. She was a professor in the Department of Psychiatry and Behavioral Sciences at the University of Washington Medical School. She is the founding mother of the Committee for Children, an international organization devoted to the prevention of child abuse worldwide.