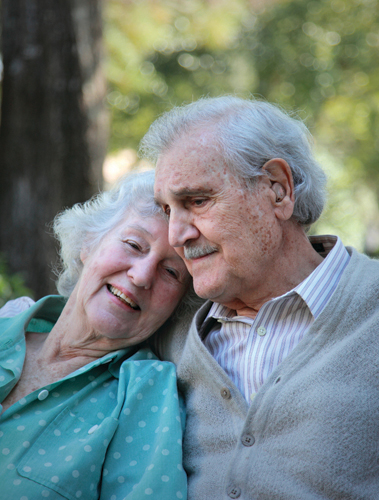 Even though my body is 80, my mind is still 25. Being young at heart is still noticeable in thought, word and deed.

We are living longer than we did a generation ago. Evidence suggests that married persons tend to be happier in late adulthood than single persons. Many people witness seniors, who are well into their 80s, getting re-married. They are just as elated as young first marriage couples.

With new social models emerging, including the acceptance of cohabitation, increasing divorce rates, and marrying across ethnic, racial, and religious groups, seniors too face new options in their life.

However with new options, new issues are also sure to arise. If the issues aren’t addressed, they are certain to become barriers to living a full life that one desires.

Families can experience some very powerful emotions when faced with a new spouse replacing a deceased parent. Strong loyalties come into play, and adult children grieve the loss of a sense of their family, as they knew it. Questions about where Dad/Mom will be buried, and beside whom, surface. When a new person enters the scene it signals an end to a chapter in ones life, which can be hard to accept.

Families are also concerned with seemingly quick engagements, followed by a speedy marriage. Unless there is some obvious foul play, many second/third seniors marriages are based on companionship, respect and admiration. Aging itself may lead to more harmony in marriage; there may be less focus on trying to get one’s partner to change!

Financial issues can come into play as well, with some seniors having more assets coming into the marriage than others. At the time of their death, the question of how the assets are split becomes an issue. How do families feel about the possible loss of their inheritances? Many seniors get their families’ blessings with a pre-nuptial agreement, and the protection of assets for each persons children.

Many people are surprised to learn that, well into their 70-80s, their parents are still sexually active. For seniors of the present generation, they see that good sex only happens within a marriage. So, the need for physical intimacy is best served as a married person.

Many seniors fear that they will end up being the caregiver of a spouse. Having less stamina, their own health problems, or having been a caregiver of a prior spouse, they hesitate getting married; because they may feel trapped and obligated to take on that role.

Working with seniors for nearly a decade, I have found that many seniors are surprised to find love again. Most said they werent even looking to ever re-marry. They then run into former friends or find a new friend, and within that friendship they find the joy and love that fills them with new life again.

We don’t advertise that seniors will make a love connection, but it does happen. In fact, two seniors who met at one of our residences a couple of years ago hid their relationship from their senior friends in the community. Others had no idea that they were even courting one another. They had a very private ceremony with only their family present. On the following Sunday at their church service, the minister introduced the new couple to the community. He prolonged the introduction – building the curiosity and the mystery of who had gotten married. When he finally presented the new Mr. and Mrs., the whole community cheered with excitement.

Although seniors enjoy their families, the relationships they have with their peers is what makes life new again for them. These friendships and/or love connections bolster their feelings of independence.

We are all social beings, even those that are more introverted. Our needs for connection, belonging, and a community are so core to being alive. Often, we think that being lonely is just something we have to endure. However, the truth is that the world is full of friendly people. For the most part, families want their parents to be happy with companionship, and for all of us, we dont want to die alone.