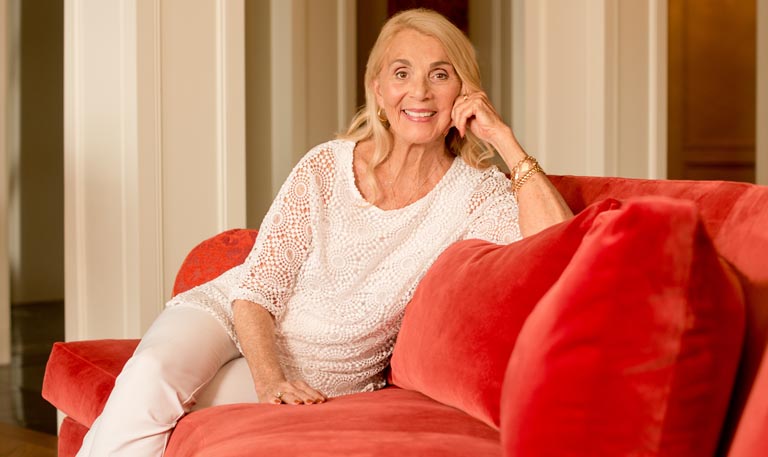 Our culture honors youth with all

We older ones sit back and nod

As if in acquiescence.

And when our confidence really gels

Birthing a poem is akin to birthing a baby. There’s a tendency to overprotect it and not let it go out into the world to live a life of its own. Maybe that’s what took so much time for me to decide to get my poems published and on the market. Over a few years I shared some of them in my annual Christmas letters, and the responses from friends and family convinced me to share them with the world

The synchronistic way in which the first three books—Celebrations, Heartstrings, and Inspirations—came into being was nothing short of miraculous. Absolutely the right people, at exactly the right time, and in the proper order came into my life and helped make it happen!

When I turned 75 in 2014, I published the first three books. And at 77, the next three: Awakenings, Sojourns, and Sanctuary. In May 2019, I celebrated my 80th birthday, and during 2019 I published three more books: Milestones, Gratitude, and Tapestry. In 2020, I will have an additional three books, for a total of 12, plus an accompanying journal, to present to the public. I am super excited about them, as they will feature some of my finest work to date.

I started writing poems in the 1970s. My first husband moved us to California with our two children (then aged 7 and 3) to seek his fortune, and after his several failed attempts, I took a job at a local weekly newspaper, The Tiburon Ark, to “tide us over” until he could bring an idea to fruition.

Unfortunately for him, my disillusioned husband fell victim to a major midlife crisis. In his haste to reach what he considered Nirvana, he followed the teaching of Timothy Leary, and “turned on, tuned in, and dropped out.”

Contrastingly, and fortunately for me, my work at the newspaper allowed me an opportunity to really grow into my own talents. With a limited staff, I became a “Jill of All Trades.” I managed the office, did the typesetting, helped design some of the advertising and also wrote a couple of weekly columns—a California history column, and a restaurant review column called “Shore Leave.”

My marriage was on the ropes. We were growing in two different directions: he down the drugged path of least resistance and me into my talents. His verbal and physical violence and abuse forced me to end the marriage. I advanced rapidly into the role of single parenthood. To give my children something they could count on as tradition, I began the Advent Poems, the Lessons on Life and Love. I felt that after what our family had been through, the kids needed some input of good old-fashioned common sense. Each day of Christian season of Advent they would receive a poem (24 in all, each year). The messages were helpful for making some of life’s hard choices: perseverance, patience, helpfulness, kindness, forgiveness, and above all, being true to themselves. I hoped the poems would enable them to make good choices and have a healthy self-image. (I believe that messages in rhyme are easier to digest than a lecture from Mom.)

My good choice was to move back to Washington State where I met my second husband with whom I shared a life for 25 years until he died of Alzheimer’s in 2008.

So why start publishing poetry books in my 70s?

Well, you can be old at 30 or young at 90, and I choose “young.” In seriously looking back at my life, I realized there was a very important part missing: making something special out of my life that was mine alone…that I could pass on—not only to my own adult children and stepchildren, and their children, but to people all over the country and the world. I finally found my purpose as a poet, and it is truly exhilarating to navigate the third act of my life.