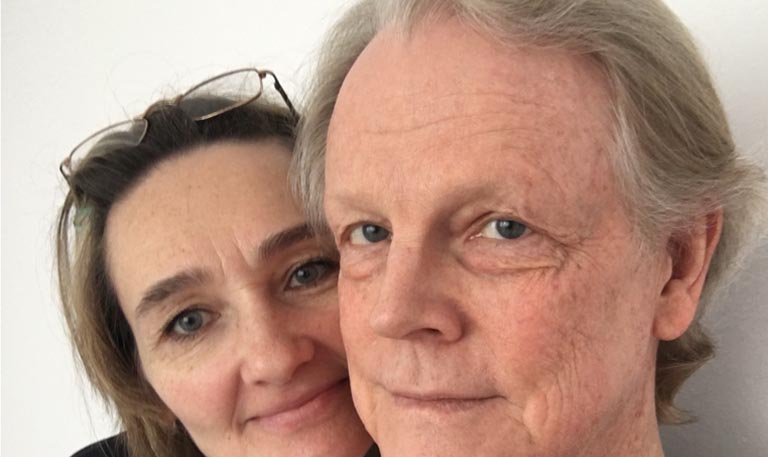 I celebrated turning 66 serenaded by air raid sirens while sheltering in the school kitchen. A few colleagues join me to share a celebratory glass of wine until the all-clear signal sounds. I will never forget what should have been an unremarkable birthday.

Explosions jar my wife and me out of bed, forcing us and others to take shelter at the international school where I work in Kyiv. It is a week before my 66th birthday and we number about 40, mostly children and dependents of our maintenance crew—cleaning ladies and security guards. Most of the foreign teachers departed weeks before the invasion, heeding the recommendations of their respective embassies. But we stayed. My Ukrainian wife, Iryna*, did not want to go. And I would not return to the U.S. without her.

We remain for a week, sleeping on a mattress in the basement and sharing the swimming pool changing room with another couple. Each morning we climb the stairs to the main floor to prepare meals. Sheltering in a well-financed private school sure beats a subway station—big screen TVs, plenty of toys for the children, and a fully stocked kitchen ease the physical discomfort. But anxiety returns with each air raid siren. Bombs fall kilometers away, yet shock waves knock down chairs stacked neatly on the student desks by cleaning ladies who show up to work every day.

Our school transportation department arranges several caravans to the border. Iryna reluctantly agrees to go on the last bus, which departs the day after my 66th birthday. I have never witnessed such a heart-rending departure as when one of our school guards kisses his family goodbye before they board. His 5-year-old daughter, Nastya, has been given a vital role to play—keeping my wife safe during the journey. The trip would require three long days. The Russians cut off the most direct route to Poland, so we head south and west toward Hungary. At each checkpoint, Ukrainian militia check the driver’s papers and examine the identification of the men in the bus, to ensure no Ukrainian males of fighting age are trying to flee the country.

Cars heading west and semi-rigs heading east pack all three lanes of the two-lane roads. At one-point, Ukrainian police stop our group due to our drivers’ liberal interpretation of the traffic laws. A heated discussion ensues. One of my Ukrainian colleagues strongly suggests I go outside and stand next to our drivers. I do. It works. An older, foreign male apparently has persuasive ability, even without saying a word. We are soon on our way again.

Our first day ends in Vinnytsia. We shelter in the basement of an unfinished office building and endure freezing temperatures, snoring companions, and overflowing port-a-potties. A normal night’s sleep will elude me for weeks and this night, the sandman ignores me all together. We climb out of bed wearing the same clothes we’d worn the day before. Expecting to head for Uzhgorod and a crossing into Hungary, we receive word our course has changed. Evacuation planners in Poland tracking our escape by GPS determine we should head to the cultural capital of Western Ukraine, Lviv.

Our second night finds us once again in an unfinished office building. It should provide a better night’s sleep but air raid sirens blare most of the night, sending us to the basement where we stand and stare at each other in disbelief. By morning we reach one of our many breaking points. Still, we pull ourselves together and keep going.

The planners now direct us east to the larger and more popular border crossing at Hrebenne. Our drivers argue that we should head north to Ustyluh, a smaller and less popular crossing. It falls to me to make the decision. Do I follow the directions of our team in Poland, or trust the navigators on the ground who got us this far? Dance with the one that brought you. We head north and reach the border within a few hours.

Our drivers skip the long cue and take us right to the crossing. The police wave us through because we are not attempting to bring the buses into Poland. Ukrainian border authorities make cursory checks of the Ukrainians. But the foreigners undergo closer inspection. One dual-citizen in our group clears the checkpoint because his Israeli passport spelled his name differently than his Ukrainian document. Polish authorities welcome us like long-lost relatives with free food and baby supplies, clothing, and kids’ games.

The American School of Warsaw sends a bus to their side of the border to collect the 29 of us who made the crossing. They’ve already lined up temporary housing, dropping off some members of our group before we make it to Warsaw. Once we arrive on their campus, I use their phone to connect with our head of school to confirm our safe arrival—an emotional call with tears all around.

The school in Warsaw has lined up volunteer families to arrange housing for members of our group. Iryna and I are paired with an American military contractor and his Venezuelan wife. She is already heavily engaged in relief efforts like many at the school. They decide to put us up in an inexpensive hotel, just one step up from a hostel but miles above where we have been sleeping.

During the next two weeks we distribute money to members of our little troop raised by my brother and me via Facebook. Iryna and I struggle to meet the visa and vaccination requirements needed to get her into the United States, but succeed and arrive in New York City about three weeks after the start of the war. Within a few days we are ensconced in the bosom of my family on Hood Canal.

We continued to raise money for refugees in Poland and the militia in Ukraine, from baby clothes to bulletproof vests. Friends, family, colleagues, and strangers donated more than $21,000. But now that Putin has left me unemployed, I need to shift my focus to finding a job.

When asked why I stayed behind and then raise money for several weeks after escaping, it’s because I have an audience of one: an 18-year-old daughter, a student at the University of Washington. What other reason do I need?

*Iryna’s full name is Iryna Buketova-Freeman. Her family name means bouquet in Russian. She is a daughter of the Soviet Union, an ethnic Russian born in Uzbekistan, later living in Kazakhstan before moving to Chernobyl when she was about 7. The explosion at the power plant disrupted her final year in high school. She stayed in Ukraine after the dissolution of the Soviet Union.

David Freeman grew up in White Center in South Seattle. He graduated from the University of Washington in 1978, and worked as a TV reporter before becoming an international educator. He worked in Ecuador, Kenya, China, and Pakistan before accepting his position in Kyiv, Ukraine.