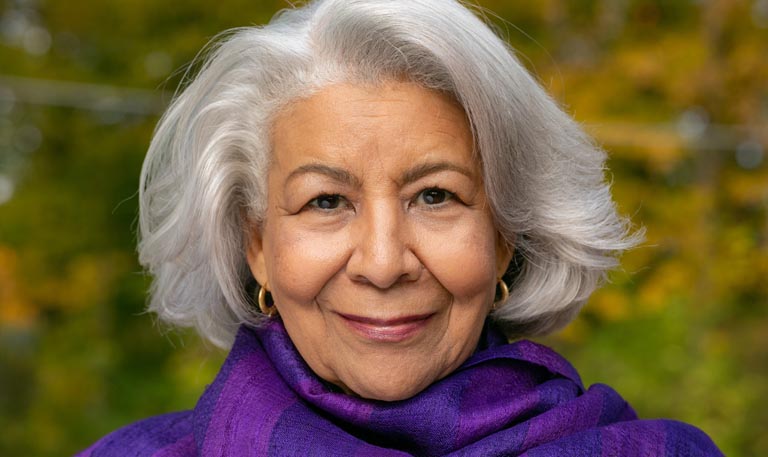 In a society that has created rituals celebrating different life stages, why not hold rites of passage honoring our later years?

Celebrating a birthday, graduating from school, getting married, or holding a funeral—we’ve all witnessed or participated in special festivities or services that recognize the transition from one stage of life to another. Whether they are religious or secular, public or private, elaborate or simple, all rite-of-passage occasions have one thing in common: They create meaning for any of us who take part in them.

Basically, a rite of passage says three things about someone’s life: 1) They have achieved certain skills and qualities (the past) that entitle their move to a new stage of existence; 2) They are taking on a new identity (the present); and 3) They will now have one or more new roles to play in relationship to others (the future).

It’s easy to see how these three realities apply in different stages from Childhood through Adulthood, and even at the last day of life. All stages, that is, except one: Moving from Adulthood to our later years, known as Elderhood. Somehow, modern Western culture as a whole hasn’t created a formal recognition, or ritual, for that period of development. And sadly, there is a reason for this.

If we think about our lifespan as a one-directional path we take through various doors at different times in our lives, we can certainly remember a nebulous time when we felt we were stepping through the doorway between Adolescence and Adulthood. However, the ageism that’s ever-present in our culture tells us that there are no more doorways to enter until that very last one, called death.

According to Ron Pevny, director of the Center for Conscious Eldering and author of Conscious Living, Conscious Aging, “Modern society knows little about the stages of growth of the human psyche, and even less about the stage called Elderhood with its potential for growth, fulfillment, and service. So ageism is pervasive along with lack of any kinds of acknowledgement of the contributions of older adults, largely because the cultural norm is that upon retirement, our time of meaningful contribution is mostly over.”

Retired psychotherapist Connie Zweig, Ph.D., author of The Inner Work of Age: Shifting from Role to Soul, would agree. “Because we live in an ageist society,” she explains, “we tend to believe that young is good, old is bad, strong is good, weak is bad, independent is good, dependent is bad, and quick is good, slow is bad. As a consequence, we don’t acknowledge the profound value and contributions of older adults.”

Unfortunately, older adults may internalize this feeling of uselessness to the extent that after passing through the Adulthood doorway, their pessimistic attitudes about aging can affect their behavior and even their health. Research studies done by Yale psychologist Dr. Becca Levy and her team, described in her recently published book, Breaking the Age Code: How Your Beliefs About Aging Determine How Long and Well You Live, have shown that older adults who hold negative views about aging may increase by 50% their likelihood of developing dementia and even cut their lifespan by an average of 7.5 years.

And that’s not good for body, mind … or spirit.

A Community of Witnesses

Just as graduation and marriage ceremonies provide a sense of legitimacy for these life stages, shouldn’t arriving at Elderhood have its own social form of recognition for such an achievement? In fact, shouldn’t Elderhood itself be something all of us should aspire to rather than dread?

It’s one thing for a life passage to be meaningful to ourselves alone, but its meaning is intensified when a ritual that marks its occurrence is shared with others. The process of exchanging a former identity with a new one can be challenging for us because it can be hard to predict what awaits us on the other side of the aging “door.” Recognizing our vulnerability by doing so in the supportive presence of others is a plus. Zweig explains that “it helps to be witnessed in this process, so that our new identity is valued and confirmed.”

Being present during a rite-of-passage ritual can transform the witnesses, too. Imagine a beautiful ceremony during which children, young adults, and middle-agers watch their grandparent or parent being honored by the rest of the family for that person’s accomplishments, values, and future goals. Instead of thinking it’s a bad thing to be old, those members might actually look forward to that stage of life. Now imagine families everywhere holding Elderhood ceremonies—and in the process, ridding our culture of the ageism and discrimination that pervade it.

For a rite of passage to be meaningful, it needs to address what a person is experiencing. “Change is always happening,” says Zweig. “How can we allow change to change us? By taking the three steps of a rite of passage: Letting go of an outworn pattern, stepping into uncertainty, and emerging renewed.”

Think about the fact that in order to become a butterfly, the creature has to cast off the characteristics of a caterpillar, enclose itself for a period of time in a cocoon, from which it emerges with a new body—including wings. Or, as Pevny puts it, “A rite of passage at any life stage helps people shed old skins that no longer fit, as snakes do when they grow out of their old skins.” And in between the shedding of the old skin and the growing of a new one, there’s a time of pause to reflect on exactly what it all means. Acknowledging this pause is the purpose of ritual.

There are many forms an Elderhood ceremony can take. What’s important is that the more it reflects the individual being honored, the more significant it will be. Should you decide to hold such a ceremony, Pevny offers a structure that can be adapted and personalized:

Pevny also suggests including inspiring readings and music/songs throughout the course of the ceremony.

The Right to a Rite

In the end, we should realize that, as average life expectancy increases, Adulthood can be followed by decades of living in a stage that fosters a different kind of wisdom borne from years of experience, and with it come newer social roles to assume and ways to contribute.

“Throughout history,” says Pevny, “it is the Elders who have been the conscience of the community, reminding the younger generations of the importance of honoring, valuing, and protecting all in the community now, and leaving a healthy world for generations to come.”

As Zweig explains, “We celebrate Medicare birthdays. But a senior is not an Elder. Elder is a stage, not an age. … And a new stage requires a rite of passage.”

Older adults have a right to passage. Isn’t it about time we create rituals that honor it?

Jeanette Leardi is a Portland-based social gerontologist, writer, editor, and community educator who has a passion for older adult empowerment. She gives popular presentations and workshops in journaling, memoir writing, ethical will creation, brain fitness, creativity, ageism, intergenerational communication, and caregiver support to people of all ages. Learn more about her work at jeanetteleardi.com.