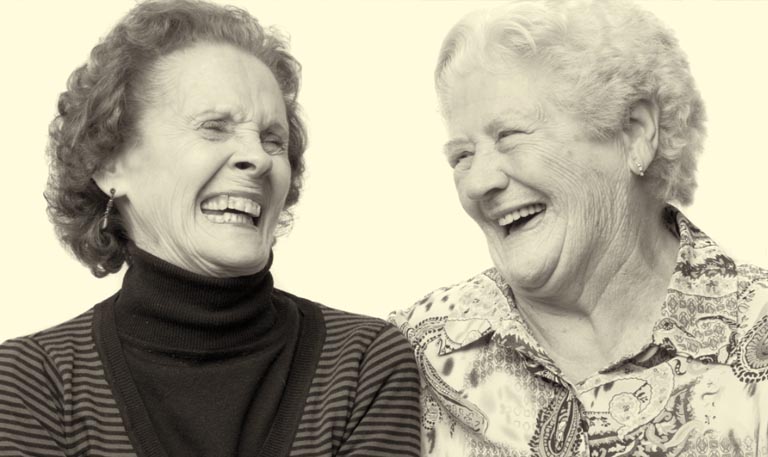 You cried when you told me. We were sitting in the cozily sophisticated home you’d created with cast-off furniture and artwork from your many friends.

“Promise you won’t tell,” you said through tears. “No one will see me anymore. Just what I forget.”

In the midst of the magic of small things, the potency of everyday life—giggling like schoolgirls, painting each other’s toenails, and the smells of tuna fish, lasagna, and pecan pie—your unholy diagnosis hung in the air as loud as a slammed door. Our shared intimacies were filled as always with contradictions like dueling dog barks—insightful, ridiculous, bizarre, irreverent, and hilarious. But that summer, all the sentimentality of our shared history was shattered by the loss of your last five minutes.

According to the Alzheimer’s Association, there are 10 early signs and symptoms. Forgetting recently learned information is one of the most common. Others include having trouble following a conversation, losing things, and being unable to retrace one’s steps to find them again, getting easily upset when out of one’s comfort zone, and problems with decision-making.

But it was always hard for you to make decisions. Whenever we made plans to go out to eat, you’d call to change the time, or the place, or both. You chose several items on the menu before placing your order, then you’d call the waitress back to change it, and when your food came, you’d point at mine and say, “I should have ordered that.” You always forgot things. Lose things, once even a plane ticket. Did you know then and joke to cover it up? All those times I got frustrated or irritated. Did you have early-onset Alzheimer’s then and I just didn’t understand?

Oh, but you were such fun, the life of the party, witty and clever. I can still see you dancing on the table at one of our university parties. I can still see the twinkle in your eyes when you got us laughing so hard we begged for mercy.

Five years ago your wonderful adult children, who I’ve known for 44 years, moved you to memory care. You didn’t want to go. Didn’t understand. I was living in Seattle so was only able to visit you once or twice a year. Each time, even as your disease progressed, you were as funny and alive and sexy as ever. One time, when us four “sisters” were at your favorite church, you whispered in my ear.

“I have a new boyfriend.”

After lunch, we brought you back to the memory care unit and you knocked on his door. You called out “are you decent” and then opened the door without waiting for his response. I heard that you slept with him and each morning the aid took you to your own room so Tim’s disapproving family wouldn’t know. I heard he was a priest. I hope that was true.

During another visit, you pointed to a painting of an elephant on the wall. “The elephants are coming back. The social workers are going to make sure they’re freed. It was in the paper.” I knew you were confabulating the recent news about the Ringling Brothers elephants but each time you repeated the story I listened as if it were the first. You thought you were living in the university building where we’d taught together. You talked about students you were concerned about. Whenever there was a problem in the memory care unit, you said you’d get the social workers to fix it.

During my last visit, I noticed that all your dresser drawers were labeled (panties, bras, pajamas) except for the bottom one.

“Dirty socks? What do you do with them?”

“Then what do you do with them?”

Oh my God, you had me rolling on the floor. And you loved it. I treasure that moment—you, outrageously funny as ever, and me, your willing collaborator.

A few weeks later, I saw you early one morning when I was still in bed, half-awake. You were suspended in space, doing cartwheels and flips and being your outrageous self. And now I know, wherever you and your energy are, that you are still laughing.

Dorothy Van Soest is a Seattle novelist, a professor emerita, and a former dean of the University of Washington School of Social Work. See more of her work at www.dorothyvansoest.com