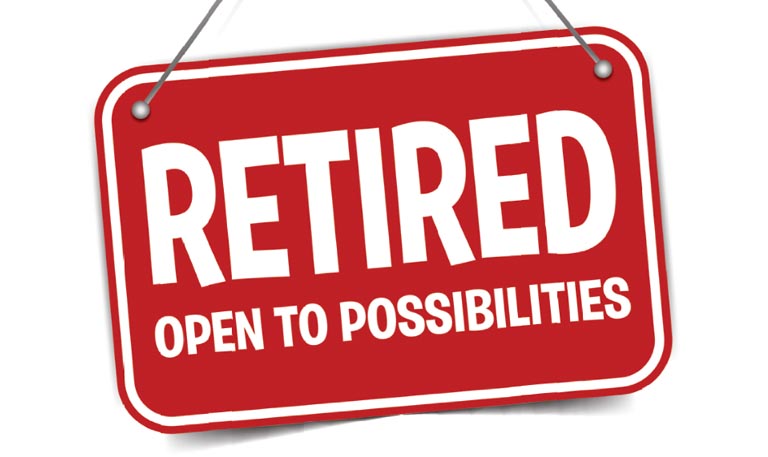 For decades I happily defined myself by my job. Would my post-work life be as meaningful?

It’s not cool these days to say work is your life, which should be a tell that, in fact, work is everyone’s life. All we do is work, and now work is co-mingled with home more than ever before. Where I live, near Washington, D.C., your work is your essence—virtually no equivocating on that.

The answer to “What do you do?” is quick to fall from people’s lips, whether or not the question is even asked.

These are waters I’ve been swimming in for several decades now, as a reporter, writer, editor, academic, and consultant. See how easily those categories spew forth? They’ve been a particular accomplishment for someone who skated by in high school with a C average and ended up with a PhD.

Without paid work, the difficult trajectory that last sentence reveals wouldn’t have happened. My life wouldn’t be my life—the one I’m now looking back on, post-work.

As a woman, especially, work meant almost everything to me. Mine is the first generation in which women had free and open access, supposedly, to any job. I believed it, hook, line, and sinker, and it’s a good thing, too, because I didn’t know my expectations of a long, rewarding, and well-paying career were unusual.

My first job meant I could throw off the influences of my parents and a suffocating South, where my currency had been limited mostly to social pursuits. With a job came the measurement of myself in the marketplace. If you didn’t cut it, you were out, and I wanted to cut it. It meant I took my place beside people I admired, in a profession, journalism, that had a higher purpose.

Once I got a taste of that, I was determined to make it. So determined that when I left the small town in Louisiana where I got my first reporting job to go to Dallas to look for a new one, I gave notice on my apartment. If my one-week job-hunting effort failed, I had no backup plan. I had one friend to put me up in Dallas, and I only needed one job. In one of those moments in life that you realize later could have gone entirely another way, I got one.

At my new journalism position, I was exposed to people from all parts of the country, including some who had gone to Ivy League universities, and traveled out of the country. I was a bit wide-eyed, to say the least, but they inspired me and the requirements were exacting and demanding. If you didn’t cut it, you were indeed out, and I wanted not only to cut it, but to go further, to see how I would fare on a bigger stage, in bigger cities.

I became an autonomous human being who began to understand art, literature, and food. I was relied on and promoted, and I was inspired by my colleagues who introduced me to such things and helped me envision that I could increase my education and expectations. I had colleagues, mentors, and friends who transcended my past. I was trusted to do the job, walking among peers at the U.S. Capitol, riding on Air Force One, and eventually teaching what I had learned.

Of course, like most every woman my age, I experienced sex discrimination. As I’ve written before, I got paid less than a man with my same experience at my first journalism job. I was told by male colleagues that my second, higher-paying job came because I was a woman. I was once a writer for Charlie Rose and subjected to his attentions and toxicity, which I ignored, and one of my later bosses was a bully and ageist. I had few women role models until much later in my career.

While those things influenced my development, it was the actual production of work that defined me—and, of course, the hard cash that came with it, allowing me to make my own decisions in the world. That might seem like the most basic achievement to many, but not someone with my background and in the era in which I grew up.

I retired from “work” just recently amid a global pandemic and an unprecedented national outcry over racism. Both things directly affected the work I did daily in news and consulting. It has been hard avoiding the feeling I’m abandoning things when I’m needed most. Plus, how will I answer the “What do you do?” question?

But I’m learning to be OK with no longer being defined by work. While, as I say, work expanded me, it had begun to shrink me, too. And that might be a good sign. Mightn’t it be encouraging that after a lifetime in a profession, you grow beyond it?

Yes, having a lot of free time can be scary. What do I do right now, in this moment? Could I have gone on to do something better in the marketplace? Do I have regrets? How do I define myself now?

But I think it’s a good sign that one is able to take that leap with the idea of possibility, with a confidence that agency achieved through meaningful work brings.

Last June, Jon Stewart told The New York Times his life became much richer after leaving The Daily Show, which he had molded into the cultural touchstone that it is. “It’s as if I’d been walking around with a little toilet paper roll cardboard tube over my eyes, to the point where I thought that was the view,” he is quoted as saying. “It was black and white. But then you take them off your eyes and go, ‘Purple!’ I found it liberating.”

Of course, there’s also the point of view of Dutch virologist Peter Piot, who said this after COVID-19 nearly killed him: “… My tolerance levels for nonsense and bullshit have gone down even more than before. So, I continue calmly and enthusiastically, although more selectively, than before….”

Leaving work, even a calling, behind isn’t literally surviving a deadly illness, but after 45 years of it, continuing calmly, enthusiastically, and more selectively—with less bullshit and more purple—is just the way forward I’m going for.

This essay originally appeared in CoveyClub.

Danna Walker worked in journalism and communication for 45 years, sometimes holding down four professional roles, and as many email accounts, at once. She now writes and teaches occasionally, mostly online from her home in Kensington, MD, outside Washington, D.C., where she lives with her husband, Bill Trott, and Schnoodle, Rinny. She has two grown children and is working on a memoir.