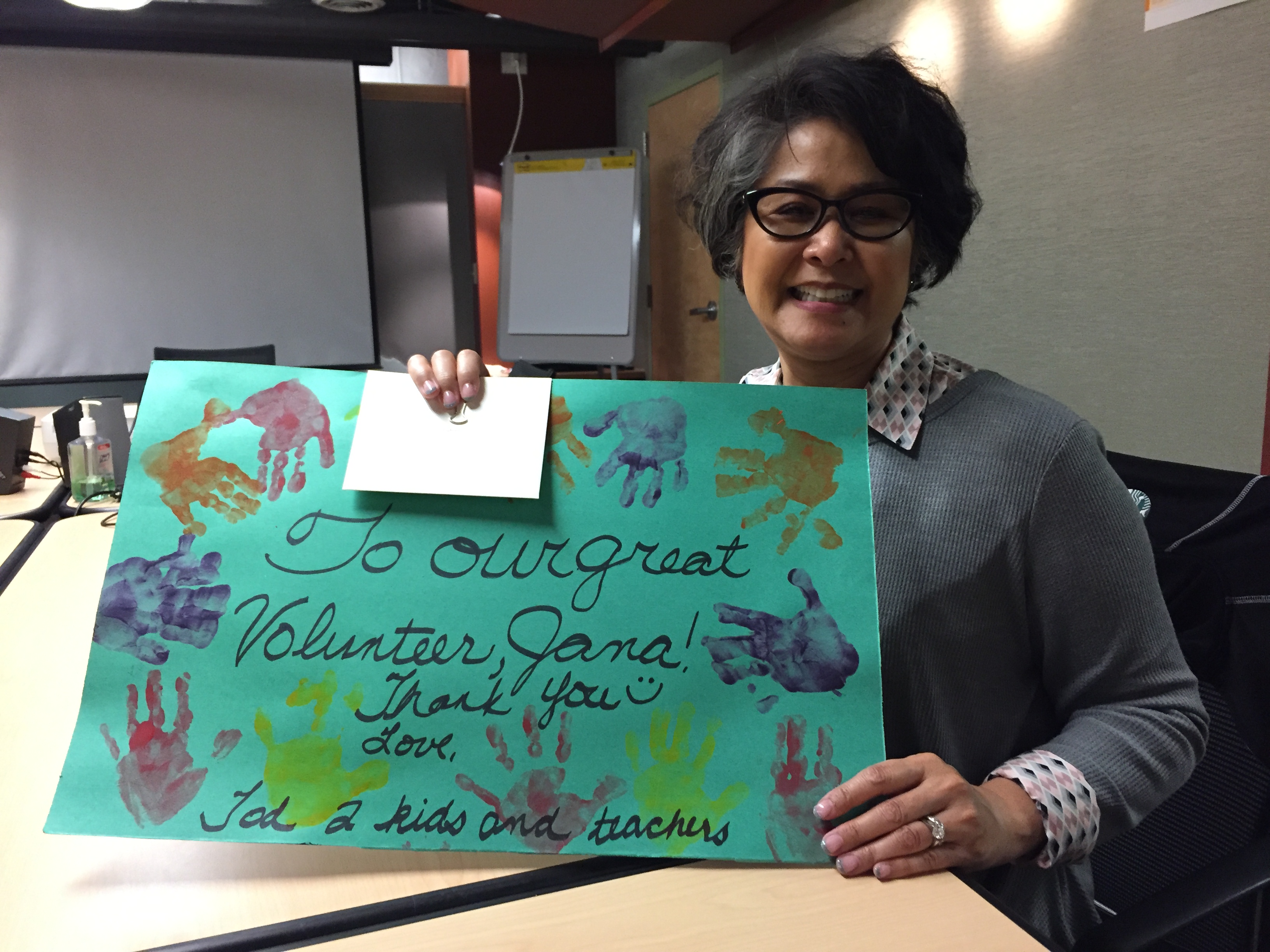 Few people plan their “encore career” as well as Starbucks partner Jana del Fierro-Peterson. But that’s what the 59-year-old project manager is doing right now – as a volunteer at the preschool at Providence Mount St. Vincent in West Seattle.

Del Fierro-Peterson became inspired in 2017 when she saw an NBC Nightly News feature story about Providence Mount St. Vincent’s Intergenerational Learning Center preschoolers interacting with the facility’s nursing home residents in a story that has been covered around the world. “I was so excited. I just had to find out more,” she said. So del Fierro-Peterson immediately sent an email to the Mount’s volunteer services director and heard back right away.

She learned that she’d need to become certified to work in the childcare center after retiring from her current career and also that she had to volunteer for a year before she could be hired there. So, that’s what she’s doing – working with 18-month to 3-year-old kids. One day a week she wakes at 4:30 a.m. to get to work at Starbucks by 6 a.m. so she can finish by 2 p.m. to get to the Mount by 2:30 p.m. in time to help the children wake up from their naps. She then assists with snack time, reads books, heads outside to play and participates in the sing-along with the elder residents.

Del Fierro-Peterson explains that when she remarried in 2012, she and her husband Jeff both started working on their plan for their “third act.”

“We baby boomers aren’t going to want to slow down. We are used to being productive and busy and we are creative. We want to do something different,” she said. Luckily for her, Starbucks offers employees the opportunity to take a sabbatical, called a “coffee break.” Del Fierro-Peterson took 10 weeks off work, spending the time volunteering for the Boys & Girls Club and caring for her father, who had had a heart attack at that time.

“All my life I have craved connections and relationships,” del Fierro-Peterson said. “I get that volunteering here at The Mount. I love my job, but I confess that I get something here that feeds my heart. Even when I leave, the feeling sticks with me and I look forward to coming back. As we get older, I know that it is really important to stay social. Volunteering hard wires social connections.”

Storey Squires, the Mount’s director of Volunteer Services, said she is impressed that del Fierro-Peterson has the foresight to plan for her retirement. “I love that she’s following her instincts as she prepares to make this transition and I appreciate that she’s putting her professionalism into her volunteer work,” Squires said. “I think Jana understands the win/win nature of well-chosen volunteering. She’s testing out whether her love of children is something that could bring her purpose and joy in a second career after she retires from her corporate career. She’s bringing her loving mother/grandmother energy to the world in a very practical way.”

Del Fierro-Peterson, who started working for Starbucks at age 34, said that volunteering offers an emotional break from the corporate world – for herself and as an example to her co-workers. “I talk with my co-workers about these benefits. They love what I am doing and I feel I am role modeling this good life balance. I tell them if they feel that they need a rhythm change, volunteering is a good way to achieve that.”