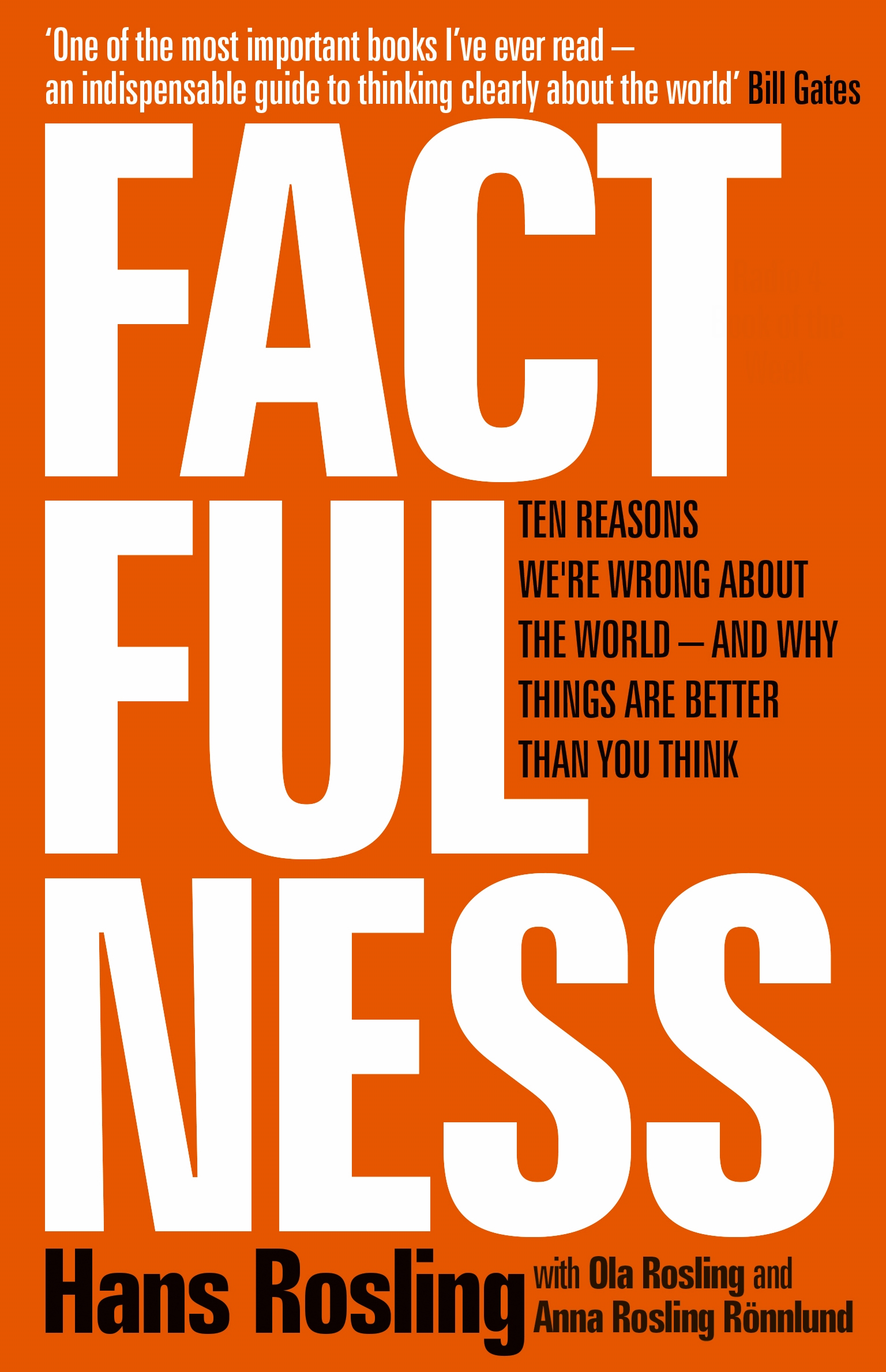 Eeyore is Winnie the Pooh’s donkey friend, a reliably gloomy and pessimistic companion. My inner Eeyore tends to overwhelm me when I consider our broken world: mass violence, poverty, climate crisis, tyranny, corruption, and more. Even many of my much smarter friends share this melancholy in what seems to be a dark time for democracy, justice, and compassion.

But Dr. Hans Rosling, a Swedish physician and statistician, proclaimed that the world is much better than we think. In his widely acclaimed book Factfulness: Ten Reasons We’re Wrong About the World and Why Things Are Better Than We Think (Flatiron Books, 2018, with co-authors Ola Rosling and Anna Rosling Ronnlund), Rosling marshaled facts that show remarkable improvements.

Rosling—who died shortly before the book’s publication—stresses statistical evidence that reveals global progress by many measures, such as the halving of the number of people in dire poverty in the last 20 years, longer life expectancy worldwide, increased education of girls (even in the poorest countries), many more literate adults, greater access to safe water, voting rights for women in virtually all countries, and on and on. He also notes a remarkable decrease in terrible things such as legal slavery, child labor, contagious diseases, and the death penalty.

Rosling urges that we embrace an attitude of “factfulness,” the “stress-reducing habit of carrying only the opinions for which we have strong supporting facts.” In advancing this approach, he describes 10 human instincts that distort our perspective and blind us to progress. These instincts include a focus on negative developments (Eeyore embodies this view), an East-West or binary world perspective, fearfulness, overgeneralization, a single perspective, a sense of urgency, and more.

Fear not. Rosling wrote, “There’s no room for facts when our minds are occupied by fear.”

Factfulness has been touted as “life changing” by Microsoft founder Bill Gates, who shared free versions with college graduates in 2018. And former President Barack Obama called it “a hopeful book about the potential for human progress when we work off facts rather than our inherent biases.”

Critics have found Rosling’s book too optimistic about major threats to humanity such as climate change and economic inequality. Rosling concedes that we must continue to worry about five major threats including climate change as well as a global pandemic, financial collapse, World War III, and extreme poverty. And alas, much of the progress he documents in developing countries was achieved by growing dependence on fossil fuels.

Rosling’s writing is engaging and lively on complex and vexing issues, and it may quell your inner Eeyore—to an extent. I read Factfulness with some skepticism, but I agree with Rosling that our beliefs are often based on emotion or fear or downright ignorance, and we’re all better off if we learn to adjust our perspectives, recognize truth, and base our opinions on facts.