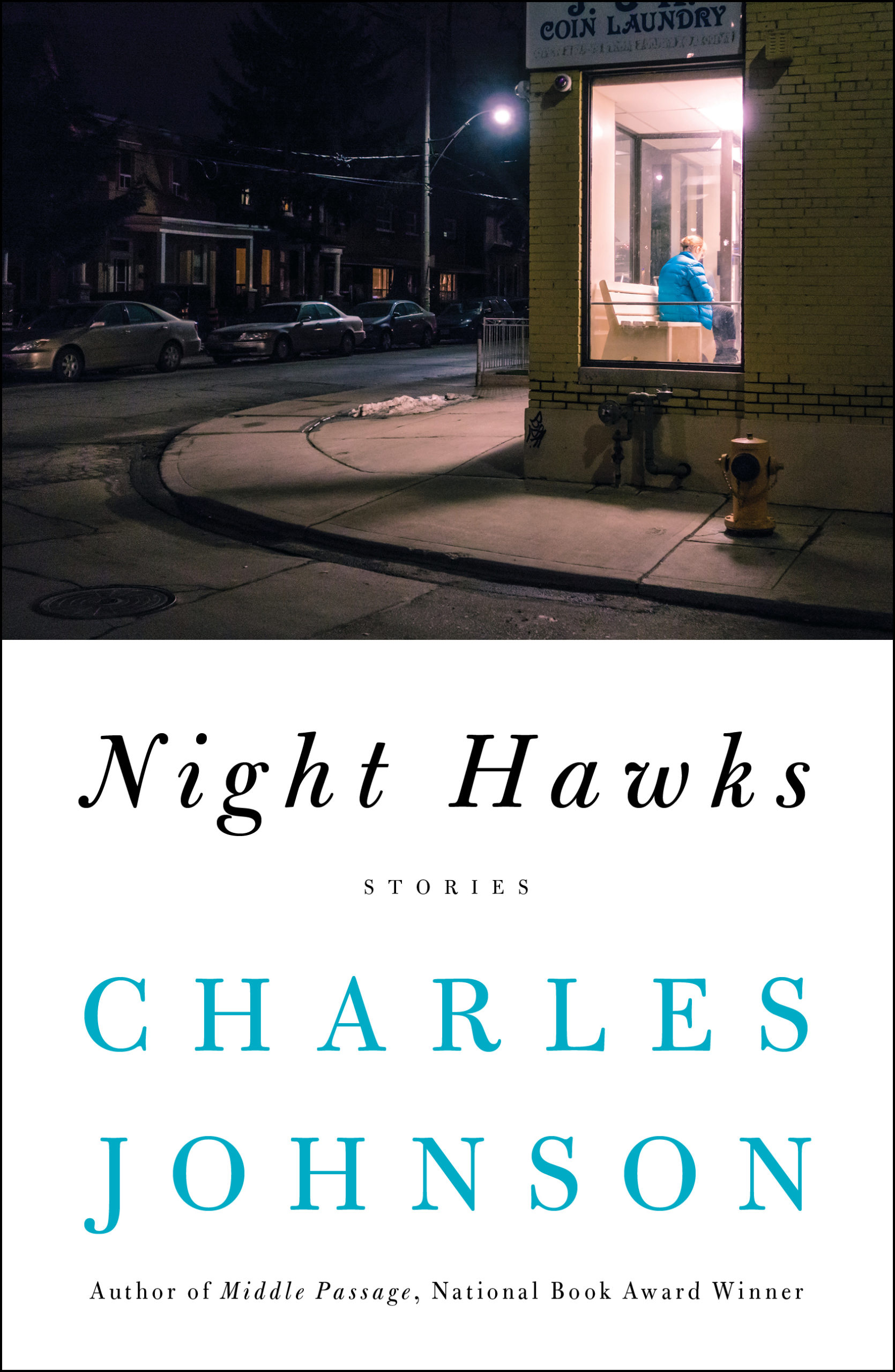 Stories are the communal currency of humanity. National Book Award-winning author (Middle Passage) and University of Washington professor Charles Johnson (profiled in the Winter 2018 issue of this magazine) writes stories that touch the broad scope of human experience and deepen a sense of wonder and mystery. His newest collection, Night Hawks: Stories (Scribner), reflects his limitless creative and imaginative powers, delving into the struggles and desires of characters across historical periods and cultural worlds.

All but one of these stories was originally written for the Humanities Washington program Bedtime Stories—a venture launched two decades ago to promote literacy and learning. The title story “Night Hawks” invites readers in on the nighttime conversations of two great American writers, Johnson and his dear friend, the revered Pulitzer Prize-winning playwright August Wilson, who died in 2005 at age 60. The two met regularly at a Capitol Hill café in Seattle for 15 years, and the story gives readers a sense of their wide-ranging discussions on art, religion, politics, race, their families, and their hometowns.

Johnson’s dinners with Wilson often lasted until two in the morning. In “Night Hawks,” the two consider the meaning of their lives as artists of color. When their usual café closes, they reconvene at an all-night pancake house. After they witness a bloody fight there between several young black men, the role of their work and shared love of beauty gains clarity.

Some stories in Night Hawks require the characters to make vexing life or death decisions. In “Follow the Drinking Gourd,” a freed black man in the antebellum North travels south to free his wife’s cousin and her infant from slavery. As they flee toward freedom, they are pursued by brutal slave hunters, “soul catchers.” The man must decide whether to kill the crying baby to save himself and the woman.  In “Idols of the Cave,” a Muslim-American soldier in the war in Afghanistan faces the crude racism of his commanding officer and a perplexing enemy.

Humor also comes to play. In “The Cynic,” the Greek philosopher Plato tries to communicate obtuse abstractions to mocking students. Eventually, nature ambushes the great thinker with beauty. In “The Prince of Ascetics,” an insanely jealous monk skeptically observes the struggles and eventual apotheosis of a man who has forsaken all for awakening.

Seattle provides a backdrop for several stories. The extensively researched “The Night Belongs to Phoenix Jones” features a real crime-fighting Seattle superhero who is joined by a fictional English professor. “Welcome to Wedgwood” is set in Johnson’s neighborhood and peppered with identifiable local haunts such as the QFC grocery store on 35th Avenue Northeast.

For Johnson, great stories must contain “a measure of honest hope for the promise of our human species.”  Night Hawks exudes wonder and generosity and hope. The aim is to persist— to continue even through the darkest nights.

Robin Lindley is a Seattle-based writer and attorney, and the features editor of the History News Network (hnn.us). Email him at robinlindley@gmail.com.