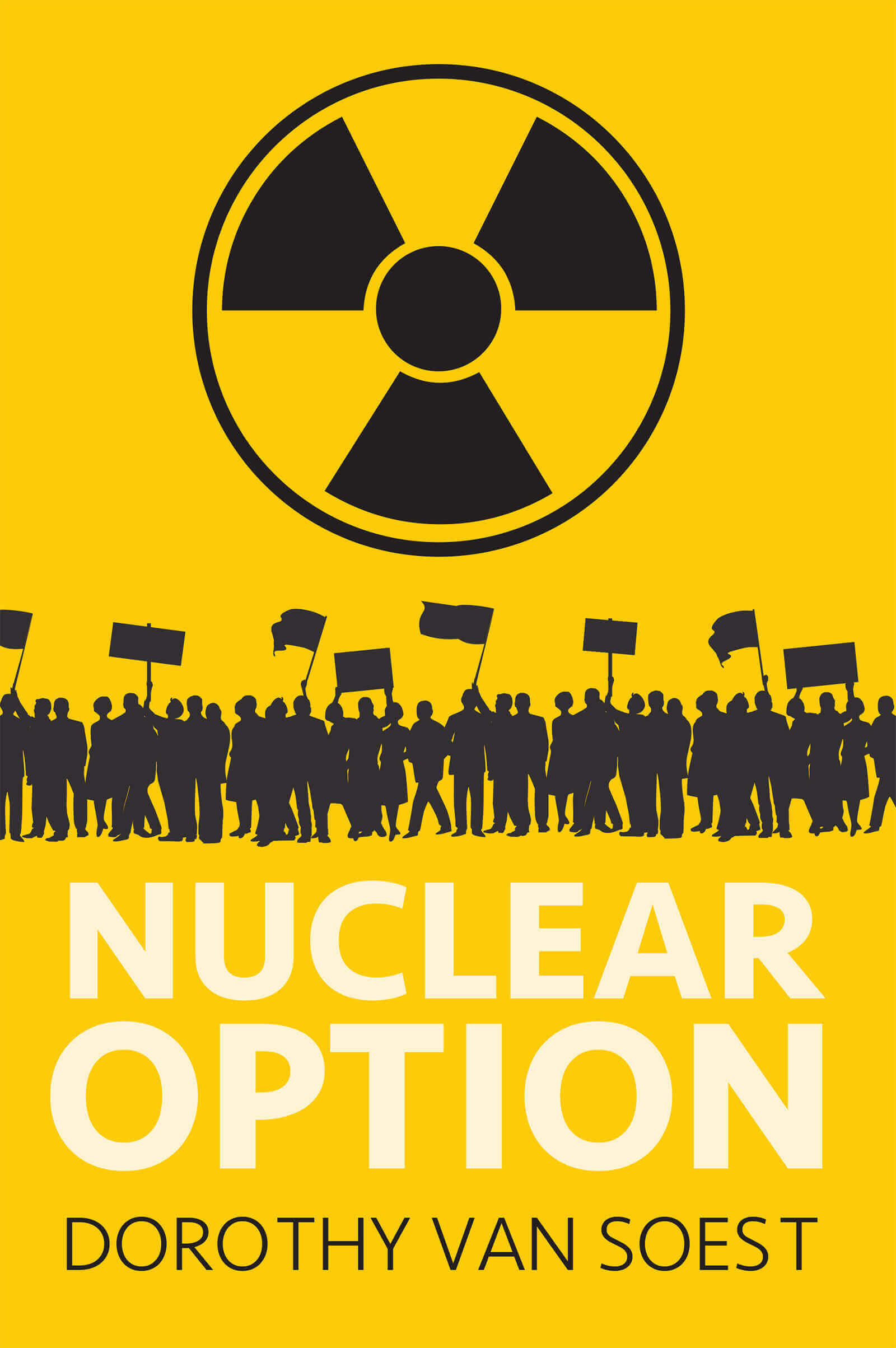 We really know how to traumatize our kids in this country. Today’s American schoolchildren practice “active shooter” drills. My generation had “duck and cover,” diving under our desks and putting our hands over our heads in the event of a nuclear attack. Growing up a child of the Cold War was an anxiety-producing experience. “Nukes” were on everyone’s mind at that time, and we didn’t even know the half of it.

In the 1950s and 1960s, thousands of U.S. military servicemen were intentionally exposed to radiation from nuclear bomb tests. These Atomic Veterans suffered physically and emotionally for years—all completely hidden from public view and scrutiny by our government, and the reluctance of those affected to speak out. This may explain why I knew none of this until reading Dorothy Van Soest’s upcoming novel, Nuclear Option.

Nuclear Option pulls much from Van Soest’s own nuclear activism and gives startling insight into an activist’s psyche. The story’s protagonist is 77-year-old Sylvia Jensen, an active anti-nuclear activist in the 1980s who finds herself reluctantly pulled into the nuclear politics of 2019.  Van Soest reminds us that heroines come in all ages, and pulls no punches as she weaves a story of love, loss, rage, and redemption.

Author Dorothy Van Soest is a professor emerita and former dean at the University of Washington. Nuclear Option, her third Sylvia Jensen mystery, is available on Amazon.com.