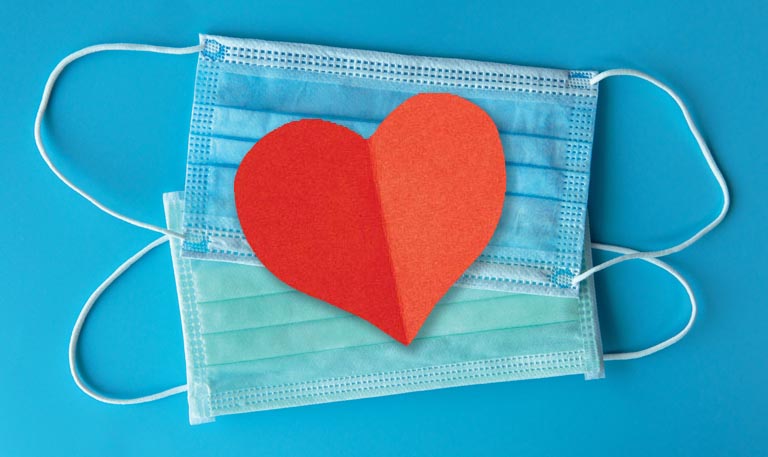 We met during COVID. Amid death and seclusion, love happened.

It was on one of those end-of-the-line dating sites, where women of a certain age float hopes of meeting their forever soulmates. No one under 5’8” need apply. I am 5’5” but Julia is shorter, still.

Julia’s profile included kudos to Yeats and William Carlos Williams. I am a poet. Any tributes to luminaries of my marginalized tribe opens a romantic spigot deep inside me. I am 81, Julia 77. Our romantic spigots had suffered considerable rust in recent years.

What did Julia see in me? My white beard often takes on a lugubrious cast. My white hair tends to fly straight out, as if in a shameless imitation of Einstein. Julia has attentive dark eyes and blackened hair thick with overspill. I was turned on by her politically exotic disclosure that one of her relatives in Russia had married Molotov. “Molotov, like in the cocktail.”

Our sudden leapfrogging into romance was partly the result of the pandemic. The shadow of looming death and immobility filled us with a strange sense of urgency. We began corresponding in late March 2020. My Manhattan was in lockdown. COVID cases and deaths were beginning to tax our hospitals. Julia, a diligent news watcher from Oak Park, Ill., was attuned to calamities. She herself lived through a major one (her husband succumbed to brain cancer after a 15-year struggle) and was horrified to discover that I did my writing by the Hudson River in apparent defiance of Governor Andrew Cuomo’s pleas to New Yorkers: “Stay Safe, Stay Home!”

I said in jest, “I am still breathing normally in this locked down city.” But with our fondness growing, I worried wryly about actually dying (an improbable notion) before meeting her, before two of my new poems could surface in Mudfish, a literary magazine in which the great John Ashbery was published.

“I worry,” Julia wrote, “that you are not taking good care of yourself, that you are being taken over by this fatalistic idea about being a poet.”

Eight months would pass before Julia and I had our Purple Rose of Cairo moment when I appeared at her door in Oak Park, exiting my (computer) screen so we could physically inhabit each other’s lives.

Seeing her, I inappropriately panicked. “I think I lost my pills,” I said.

“Oh my God!” Julia is a doctor’s daughter.

I searched my backpack. I found my pills. We made love.

The absence of embodiment caused inevitable distortions. We’d peer forlornly at each other like shut-ins. Julia was always complaining how green Zooming made her look. Which was true and which led to my tiresome quip: “Don’t always say that. Everyone will want what you have.” The kind of quip an old husband would say to his old wife.

I was amazed at how easily familiarity, even domesticity, vines around an absent presence. The two of us initially exchanged the obligatory scripture stories of upbringing and found overlap. Julia’s mother was a classical music devotee who sidelined her, turning her attention to her younger sister and her love for opera. My mother, an Orthodox Jew—horrified by my early heresies—chose to cozy up to my younger brother and his devotional tendencies.

Julia’s rebellion took the form of folk music and moping. Mine was mainly confined to moping. I discovered writing only in my late teens when I read it was the occupation of unhappy people.

Early on, when Julia sang The Weavers songs we both loved as adolescents, hitting the high notes with longing and vulnerability, I felt something new and tender emerge from the old words.

The eight days we spent together in Ernest Hemingway’s Oak Park was like being tucked away in a security zone surrounded by a sea of infection. I was struck by how quickly we get accustomed to whatever new container “normal” comes in. Julia and I sat and chatted as casually as we had previously sat and Zoomed. We cooked and ate. I went out and shopped. We argued and made love.

Like everyone our age, Julia and I are old hands at the various deaths COVID has to offer. We have seen loved ones die, places from our past die, cherished illusions about stability die. We have a perspective. But every day time moves us closer to its outer limits, and COVID still controls what moves in time. Moderna, Pfizer, Johnson & Johnson are lifeboats in the water. But even after vaccination, questions remain about the duration of protection, about the way the virus has disrupted economies, psyches, the paths back to the old grasslands of stability.

“Let’s go somewhere,” Julia will say when we talk. The furthest we’ve gone together is Lake Street, a few blocks from her house.

On my double-stacked mattress, I just smile when Julia laments the many miles that separate us.

I remember, when we first began our strange journey together, telling her of Kunal Basu’s short story, The Japanese Wife. Long before email and commercial air travel, a Bengali man and a Japanese woman begin corresponding. They fall in love. They decide to marry in absentia. Their love for each other grows. Their intimacy lives in their letters. They never see each other, but they see into each other.

It’s a gift to be seen into. I will sometimes ramble on about the scrumptiously dreary, oddly funny films of the abstract Swedish director Roy Andersson, whom I love.

“You are a snob,” Julia will say quietly. I can only laugh. It is true. But why am I thrilled like I have been complimented? Where is my ordinary combative impulse when slighted? Why am I sequestered by affection for this woman? Sometimes the truth doesn’t hurt. Even in this time when the hurt of betrayal is everywhere.

Robert Hirschfield is a New York-based writer and poet.  He has spent much of the last five years writing and assembling poems about his mother’s Alzheimer’s. In 2019, Presa Press published a volume of his poems titled, The Road To Canaan. His work has appeared in Parabola, Tricycle, Spirituality & Health, Sojourners, The Moth (Ireland), Tears In The Fence (UK) and other publications.