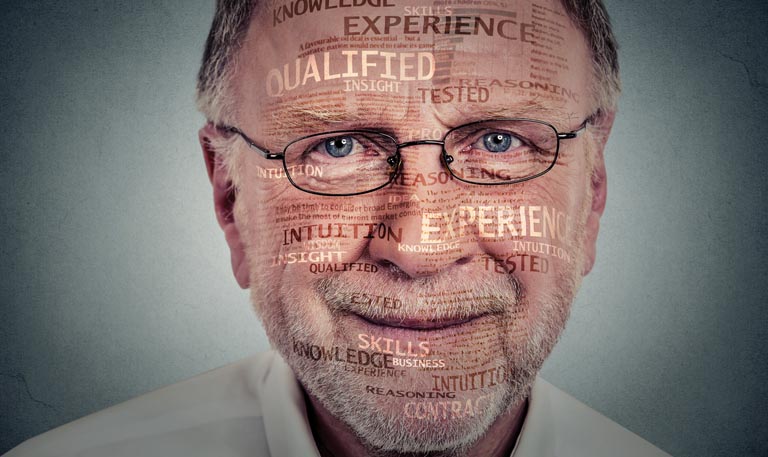 “It’s my wife’s birthday,” Jay informed their friends, “but she doesn’t like to be called old.”

“I want to be called experienced,” she explained.

Are you experienced? As a society, we assign individuals to subgroups, typically defined by age. In one Family Circus cartoon, Dolly explains, “Then, after your junior year in high school, you get to be a senior citizen.” While we may smile at her concept of “seniorhood,” many of today’s diverse older generation dislike being called senior and reject services offered by senior centers, with the possible exception of travel opportunities they offer.

We are all familiar with the frequently used terminology that makes some of us cringe as we might to nails on a chalkboard. The aversion to being described as old, elderly, over the hill, or (fill in the blank) is linked to our ageist and often negative beliefs we have about getting old. Many people believe that if you have seen one old(er) person, you have seen them all. Most of us, I hope, believe the opposite. Aging looks very different today. As Rabbi Dayle Friedman reminds us, “This is not your grandfather’s—or grandmother’s—aging.”

So how do we make sense of where we fit? And, what do we want to be called? Would it be more acceptable to be placed in a group defined by more positive language suggestive of the roles we play? Although “experienced human” doesn’t flow easily from the tongue, it is a pretty good descriptor, and it is indicative of the wealth of knowledge older individuals have acquired.  Or perhaps we are the wise ones, a term preferred by some. An African proverb suggests, “The loss of an elder is like the loss of a library.”

In his book The End of Old Age: Living a Longer, More Purposeful Life, Dr. Marc E. Agronin suggests that elders play many important roles, including savant, one who knows a great deal about a topic and is able to share that information; sage, one who has tremendous life experience; curator, someone who cares for a valuable object or memory; and seer.

I like being a wisdom-keeper. “Humans develop different forms of wisdom as they age, based on unique abilities, interests, and experiences,” notes Agronin in a recent Aging Today article. Forms of wisdom, he claims, include having notable knowledge, experience, a balanced ability to make pragmatic decisions, or to express empathy and caring—all skills of considerable value we can share with others.

So there you have it; take your pick. These thoughts aren’t meant to solve our quandary, but simply to add new ideas to the discussion. It’s within our power to choose language that feels right, or no label or group at all. Though I may be a certain chronological age, I don’t have to be defined by a term I reject. Carol Matthau says it well: “There is no old age. There is, as there always was, just you.”

Linda Henry writes regularly on topics related to aging, health care, and communication and is the co-author of several books, including Transformational Eldercare from the Inside Out: Strengths-Based Strategies for Caring.  She conducts workshops nationally on aging and creating caring work environments. Her volunteer emphasis is age-friendly communities.