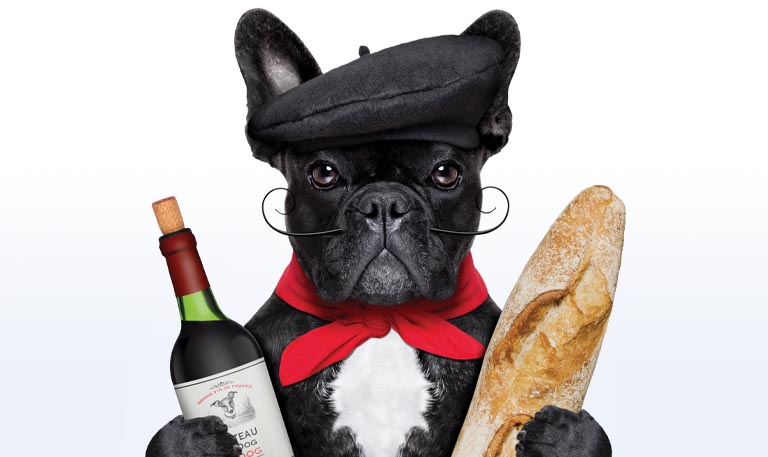 While balancing on one leg in exercise class, I decided to step on shaky ground.

I had met a lovely poodle named Betty, who belonged to a classmate, and I wanted to collect this devoted pet owner’s thoughts on dogs in supermarkets.

It was my hunch she might think dogs and supermarkets were made for each other.

Her response brought to mind the healthy-looking young fellow with a broad smile who pranced down the meat aisle at Safeway with his Great Dane.

“Is that a service animal?” I asked, my eyes bugging at the size of his canine.

“What function does your dog provide?”

The store manager was no help.

“We’re not allowed to ask,” she said, with a shrug.

As more hotels, stores, pubs, workplaces, and public transportation adopt pet-friendly policies, folks like me who are allergic to pet dander are caught in a Catch-22 paradox. However, federal law and most state and local health regulations do not permit animals where food is sold.

The only exceptions are service animals. These animals are vital to those with disabilities. Pets that simply provide comfort don’t qualify, though.

A quivering Chihuahua in the checkout line at a PCC Community Markets prompted me to ask once again, this time rather loudly.

“It’s my service animal,” the pet owner responded, with no explanation of the service the dog performs.

As the Chihuahua and its owner scooted from the grocery store, a checkout clerk smiled my way and whispered, “Thank you for asking. We can’t.”

Turns out supermarkets and restaurants can ask what service an animal performs, but they can’t ask for proof. And because most don’t want to offend their customers, few want to engage in this tussle at all.

I wouldn’t challenge a blind person buying groceries with guide dog assistance. Nor would I question a police officer or security guard with a patrol dog sniffing under restaurant tables. Yet the popularity of showing off pups where food is sold is starting to rival a scene from the Westminster Kennel Club Dog Show.

Could it be because Seattle now has more pets than children? It’s a bit of a jolt to realize how this could be changing the culture. An increasing number of pet owners consider it inconvenient to leave their dogs home when they make a run for groceries.

What’s the point of service animal registries, tags and vests, plenty of which can be found online and potentially altered? When you make trips to supermarkets and other entities where food is sold, it makes sense to routinely require nationally standardized proof—not unlike showing a driver’s license—that your companion is a legitimate service animal. That way nobody is singled out, no hard feelings, no rudeness slipping through.

Dogs in restaurants brings to mind a tale from 3rd Act publisher and editor Victoria Starr Marshall, on a visit to a restaurant some years ago in Chamonix, France, with her husband and magazine partner David.

“An older, single man at the table next to us had a little dog with him. Every time the very prim and professional waiter came with some food (and there are lots of courses in France), the little dog would charge out from under the table and latch onto the waiter’s trousers, ripping at them and snarling.

“The waiter’s face never even changed during this as he calmly served the food, and the diner never admonished the dog. He just ate his meal like his dog biting the waiter was a perfectly normal occurrence. David and I could barely contain ourselves,” Victoria recalled.