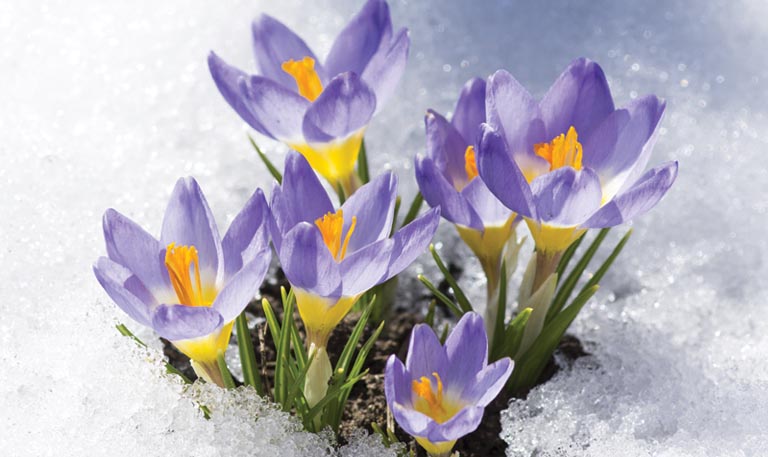 Retirement communities innovate to meet the challenges of COVID-19

In February 2020, Stuart Brown was out for a run when he heard the news about a deadly COVID-19 outbreak that was sweeping through a nursing home in Kirkland, Wash. It was a terrifying prospect for this chief executive officer of the family-owned business Village Concepts retirement communities. “We immediately went through all of our records to see if there were any connections to that facility,” Brown says.

There weren’t any but in an instant, life as he knew it had changed.

“Everyone was scared,” he recalls. “Residents were struggling with all the restrictions and staff had to go to work, taking care of people, not knowing if they’d be exposed. It took a lot of courage to do that every day.”

Ryan Miller remembers having a bad feeling early on about what was coming. As the executive director of Skyline, a Seattle high-rise that offers independent- and assisted-living condominiums, he thought, this one was different. “We’ve had flu. We’ve had norovirus. But I had a hunch about this, and I was uncomfortable having the dining room open and group activities. When we did shut everything down, my staff was ready.”

Up north in Lynnwood at the Fairwinds-Brighton Court senior living community, General Manager Jackie Requa-Hall was stunned by the pivot required. “Everything came to a halt. Somehow, we had to find ways to get meals delivered, have garbage picked up and fight isolation. Jobs changed overnight,” says Requa-Hall. “It was all-hands-on-deck, from sanitizing doorknobs to delivering mail. It was a huge change for everyone.”

A 2020 survey from AARP Foundation and United Health Foundation found the pandemic’s consequences hit older adults especially hard: “The widespread impact of COVID-19 and social distancing measures used to prevent infection are intensifying feelings of loneliness, and in some cases, the impact is more pronounced in older adults, particularly among women and those who are low income. More than half of adults 50 and older reported social isolation—defined as an absence of meaningful social relationships—during the pandemic.”

How retirement communities met these challenges offers a master class in creativity.

At Skyline, Miller says they invested in technology early and often. “For instance, we have people who asked how can we make those tiny computer webcams better, so we got a webcam that sits on a tripod that pans and zooms.” This made for a much-improved online experience, he says. “When it was thought surfaces were an avenue for virus transmission, we used hospital-grade ultraviolet devices to sanitize rooms.”

Skyline even opened its own grocery store. “People were freaked out about going to grocery stores, so four times a week, we had ours open. When we stopped doing it, people wanted it to stay.”

At Village Concepts, Brown reports they had to rethink everything. “Isolation was a big issue, so we tried different things. We held hallway bingo games and had happy-hour carts. There were outdoor visits when weather allowed. Of course, we encouraged residents to use FaceTime or Zoom for family visits, but not everyone was comfortable with that.”

Requa-Hall says that Fairwinds-Brighton Court also offered hallway activities to break up the daily monotony and loneliness for residents. “We tried exercise in the doorways and did ice cream deliveries, those kinds of things. We also had roving entertainment outside. We have a driveway that goes all around the building so, for people who wanted to take a walk outside at a distance, they could. Residents who had easily accessed windows could visit family that way. We also had birthday and anniversary caravans with families outside in their cars.”

Meanwhile, as they grappled with trying to meet the needs of residents, complying with the bureaucracy of state regulations proved to be frustrating at times. Notes Miller about Skyline: “The regulations are written for your more typical one- and two-story facilities. Our courtyards are not on the ground floor, but on the fourth and fifth floors, so it was a struggle. Cookie-cutter regulations weren’t designed for communities like ours where residents are well separated on different floors.”

Eventually as severe restrictions were lifted, everyone had to adjust, yet again, to changing conditions.

“I think we’re just really tired,” says Brown. “There’s burnout and hiring staffing continues to be a problem to this day.”

Even so, the struggle seems to have yielded some positive outcomes to be grateful for.

“We’re a lot better at writing policies,” says Brown, with a laugh. “And we know that we can now pivot on a dime if need be.”

Ironically, considering the isolation experienced, the crisis also brought people together. “I know my team and our residents better than before,” says Miller. “I’m very much a management-by-walking-around guy anyway, but with the pandemic, every week we had a door-to-door happy hour so we could check in with people. This really helped us know who was doing ok and who wasn’t.”

It was also a humbling experience, he says. “To have that kind of trust. Their lives were in our hands and people were comfortable that we were doing the right thing.”

Requa-Hall agrees you get to know and appreciate people under such tough conditions. “I felt honored to be part of an amazing team,” she says. “They pulled together to do what needed to be done for our residents and each other. You learn so much about people during a crisis and our staff stepped up, doing the incredible to keep residents engaged and healthy. I am humbled by them and forever grateful. We can weather any storm that comes our way in the future. We’re a nimbler organization.”

Another plus: In spite of the searing challenges COVID-19 poses, there appears to be no rush to the door by residents and people continue to make the move to retirement communities. “We haven’t seen an exodus,” says Brown. “More people are now coming in.”

Part of the reason surely is that a semblance of normalcy has returned, thanks to mass-vaccination campaigns and universal mask-wearing. The dining rooms are open, group activities are back, and once again, families and friends can visit.

Requa-Hall is optimistic about the future because many older adults value being part of an active, engaged community, something that may be lacking among seniors who live at home.

“We’re seeing people choose to move in because of the social interactions they can get here—making new friends, doing new things.”

After more than year of the pandemic, perhaps that is the one thing that has not changed. The final lesson on coping with COVID-19 may simply be this: We need each other.

Connie McDougall is a former news reporter and current freelance writer of nonfiction and personal essays. She lives in Seattle.