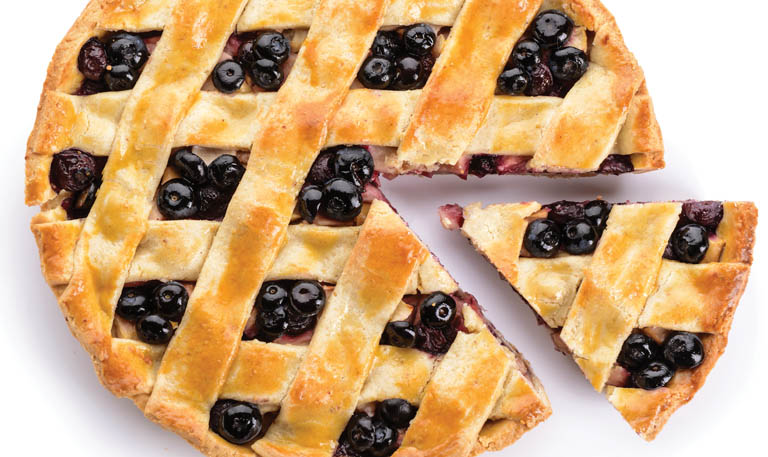 Before COVID-19, I donned a crisp white apron like it was holiday apparel and grabbed a seat in a makeshift “classroom” at a hippie-dippie supermarket, poised to take notes and overcome anxiety about a black hole in my culinary skills: pie-making.

Now, sitting there as a student, it was as though I’d fallen into that black hole.

The pastry chef leading the class wanted to know why each eager participant sacrificed a sunny Sunday afternoon to be here. I should have been prepared for this inevitable question but instead gulped, squirmed in my seat, cleared my throat in a fluster, and took a big risk.

“My name is Annie and I have pie-phobia,” I conceded, wondering if I was the group’s only person beyond the age of 70 who hadn’t mastered the art of the perfect pie crust.

Snorts and giggles followed. And while half the group, mostly the guys, said they wanted to learn something new in time for the holidays, plenty of others in the group shared my fears.

“I get to the crust and panic,” said one woman.

“It’s something I never learned,” said another, whose grey hair was a clue she may have harbored trepidation for as long as I had.

“Making a pie crust scares me,” added a third.

Suddenly, I felt a wave of empowerment, like I had discovered a new commonality of sisterhood. We could do this! Together, we could conquer our petty pie crust neuroses.

The instructor kept shaking her head and muttering “Pillsbury” under her breath. She repeated this utterance with obvious distaste over the course of this 2½-hour pie workshop, even suggesting the company’s pie crust marketing was so successful, generations of otherwise good cooks became timid about mastering a crust from scratch.

The pastry chef had the smarts to encourage those of us who bared our lack of confidence. From the outset, I figured she would offer a short course to unravel all the secrets and build our self-esteem and assertiveness as we measured and mixed.

OK, maybe Pillsbury was an easy target for the fear and loathing some of my classmates and I have about making pie. To be fair, though, plenty of other pie crust companies are responsible, as well. Yet many of their pie crusts come in flimsy, aluminum pie pans that scream “not homemade.” At least with a Pillsbury pre-made crust you can use your own pie pan and pass it off as your own creation.

It wasn’t until an invite to a holiday gathering last year that I knew my neurosis was out of hand. I asked the hostess what I could bring and she blithely said, “Oh, just bring a pie.”

Anxiety grabbed hold of me. Yeah, I could’ve headed to Costco and purchased a pie for $5.95, but that was the easy way.

That’s how I wound up in this culinary classroom, observing a master pie baker and taking notes like “roll from the edges toward you” and “use two fingers of one hand and one finger of the other to flute the edges.” As her beautiful pies took shape, the group had ample opportunity to taste them—a chorus of “oohs” and “aahs” soon followed—and even take home a few slivers and recipes.

Turns out the only time our fresh white aprons picked up even a dusting of activity was when the instructor gave each of us a pastry blender and bowls of flour, cut-up butter and cold water. Soon, we had assembled globs of pie dough, which we wrapped in plastic wrap with our names scrawled across them. We stashed them in the freezer and turned our attention back to the instructor. That was it! It was like a YouTube video comes to life—and with tasty treats.

For several weeks, the dough glob that I made that day—and prompted put in my freezer—was beckoning me to face my fear, defrost and transform it into an actual pie.

The pie I made was a success, I suppose, because one woman at the gathering insisted on having seconds. It tasted better than it looked, though.

My petty pie neurosis continues to flicker like a lightbulb that’s about to burn out. To combat this, I forged ahead and bought a sturdy pastry blender and a cookbook that has “pie crust” in its title. I figure I’ve invested too much dough to back out now.

Temptation still gnaws at me, though. I continue to rationalize that pies with graham-cracker or gingersnap crusts do have merit.

We’ll see how it rolls this Christmas season.