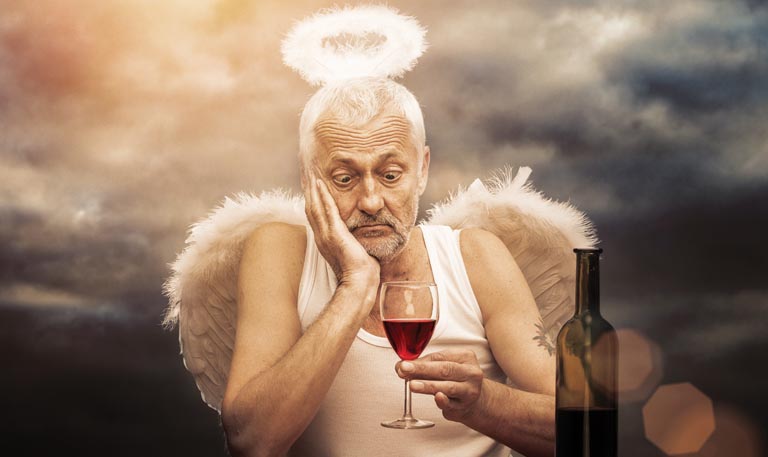 As I advance past 70, I think less about dying and more about what job I might enjoy in the afterlife.

I’m no Type A personality, but the inimitable charm of careers in the hereafter is worth consideration.

My bona fide occupational qualifications are somewhat limited. In 2012, I learned I’d turn 65 on the day the world was supposed to end. I figured celebrating Armageddon on my winter solstice birthday deserved more than cake and a hackneyed ditty. I called myself Apocalypse Annie, a destiny reinforced by friends who dubbed me “doomsday diva.”

There’s a boom in underground bunker real estate today that might lend more credence to my monikers. One promoter calls it “living the doomsday dream.” Yet, in this lifetime I’m lukewarm to the notion of retreating to some fancy-schmancy, refurbished, military nuclear missile silo 200 feet below the plains of Kansas, even with the lure of a heated pool. No windows or sunshine? Hey, no yardwork. In a condo that costs considerably more than $1 million, plus monthly fees in excess of $2,500? Not sure I’d even go for the cheapie filled with dirt offered on e-Bay.

It reminds me of The Wizard of Oz, when Dorothy remarked in disbelief, “Toto, I have a feeling we’re not in Kansas anymore. We must be over the rainbow!” Sorry, Dorothy and Toto, but hunkering down in a bunker wouldn’t be my fantasy for going beyond an awesome rainbow.

I’d rather stick to my less-claustrophobic plan. Afterlife jobs, however, necessitate a sweet hereafter. I’m definitely a believer in a next chapter. All too often I gaze at cumulus clouds with a sigh and imagine my dear, departed friends and relatives whooping it up surrounded by enchanting white fluffs in the sky.

The competition for spirit-world careers could be fierce, though. Street cred to become an angel? Unlikely.

Jobs in heavenly human resources could be particularly competitive, too. Besides, who wants to be part of an advisory team that recommends the best matches for heaven, hell, or purgatory? Tricky placements.

While I’m uncertain about the parameters for making a living as a ghost, it strikes me as a dynamic and pleasantly ill-behaved afterlife occupation. Would I always have to work night shift? There’s an allure about the clout I’d have, but I’d need to acclimate myself to scary places. What about avoiding turf wars with other ghosts?

There could be more applicants than openings for afterlife careers, which is why I’m working on my elevator pitch to improve my chances when the time comes:

“Hi, my name is Annie, Apocalypse Annie. I have experience as an armchair doomsday diva who offered practical advice on how to prepare for an apocalypse that was preordained for my 65th birthday. When the world didn’t end that day and anxiety died down, I started to consider how to reinvent myself for the hereafter.

“I’m confident I’d make a fine apparition. I’m mischievous, inventive, a little provocative at times, yet quite adaptable, all of which means I have the makings of an all-star ghost. However, I wouldn’t want to be dubbed a ghoul or spook, which sound disrespectful.”

As an apprentice ghost, it’d be just my luck that my first assignment would be in one of those wacky underground survival bunkers. Then again, scaring the folks who live there would be a cinch.

Seattleite Annie Culver worked as a staff writer and editor for five daily newspapers in Canada and the U.S. before working for universities in the Northwest. She’s retired now and enjoys freelancing.