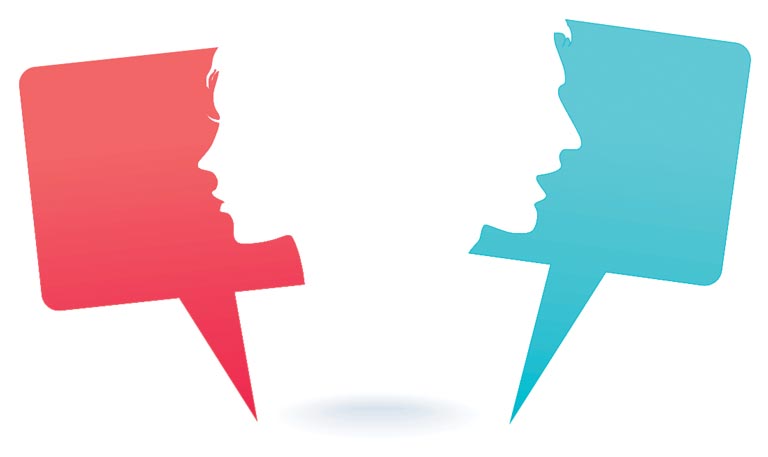 It starts with mere sounds, which become words, which turn into sentences that convey meaning. Learning to speak and to understand what others say is nothing short of an everyday miracle. We learn our mother tongue effortlessly, as children. But as older adults, trying to learn a second language can seem a daunting task. Now that I am retired and I love traveling throughout Mexico, I am gradually learning Spanish.

My wife, Kay, and I manage to fly there about twice a year, but neither of us speaks much Spanish. We get by with a little book of Spanish phrases that keep us from starving at restaurants, and we rely a lot on gesturing.

Our appreciation of Mexico’s culture and people is seriously limited by our inability to speak Spanish. Not to mention how stressful it can be getting on the right bus when no one in the bus station speaks English or guessing what the hotel clerk in the small town of Zitácuaro is telling you when he gives you your key. Is he saying, “Watch out for scorpions,” or “a free breakfast will be served at 6 a.m.”?

To improve our Spanish, Kay and I spent two weeks in an immersion language program in Cuernavaca, a city about an hour south of Mexico City. Although I had a semester of college Spanish 50 years ago, Kay had never studied any foreign language. Despite our lack of formal language education, we both learned a lot—more than we thought possible. It wasn’t easy, but if we wanted easy, we’d have opted for a Caribbean cruise.

Immersion language programs can be challenging. In most immersion programs, only the foreign language is spoken from the moment class starts until the end of the day. These programs require a commitment to learn as well as realistic expectations. Contrary to what many people think, a few weeks of immersive study won’t make you fluent. The School of Language Studies of the U.S. Department of State has a long history of teaching 65 different languages to the diplomatic corps. According to their research, on average, adult learners can expect to become proficient in Spanish in about 6 months. That’s six months of classes for four hours a day, plus several more hours each day studying.

You don’t need to go to Mexico or Spain to learn Spanish. In the Seattle area there are plenty of options for older adults who want to improve their Spanish or other foreign language skills—everything from community college classes to private lessons, in person or on the Internet. Because almost all language education is geared toward young adults or school-age kids, you need to find a teacher who understands that older adults learn differently than youths.

The idea of studying how older adults learn a second language is relatively new. Danya Ramirez-Gomez, Ph.D., has been researching the process and has written a book about it, Language Teaching and the Older Adult: The Significance of Experience. In a recent interview, she explained that age is no obstacle for learning a second language. “The idea that just because you’re over 60 that you can’t learn a second language isn’t right. It’s not too late,” she said.

Not only is it not too late, but it might be just in time. When older adults make the effort to learn a new language, we give our brains a boost. We start rethinking how we learn, and quickly develop strategies to make the best use of our cognitive skills, regardless of any normal age-related declines. “The process helps you cope better with other cognitive challenges,” said Ramirez-Gomez.

Ramirez-Gomez pointed out that most scientists accept the idea of a critical period—a time when learning a language come naturally, without effort. It ends somewhere between the ages of five and 12. But just because that window of time is long past, doesn’t mean that the window is shut. “After the critical period, there are tons of different ways we learn,” she said.

With strong motivation, older people can become conversant in a second language, said Ramirez-Gomez. The key to successful language learning is accommodating the differences, not necessarily negative ones, between older and younger students. A positive attitude is the first and foremost requirement—not just on the part of the learner, but the teacher, as well.

The stereotype of older adults being less able to learn can become a self-fulfilling prophesy. “We need to take seriously the idea that learning should be learner centered,” she said.

According to Ramirez-Gomez, foreign language learning is far more than a leisure activity. The process contributes to our cognitive, emotional and social well-being. Additionally, it opens our world to the possibilities of rewarding international travel and meaningful relationships with people from other cultures.

Jack Wax is chair of the Advisory Council of the Osher@Mizzou Lifelong Learning Institute in Columbia, Missouri. He enjoys freelancing because each article is a chance to learn about someone or something new.

Based on Becoming Fluent: How Cognitive Science Can Help Adults Learn a Foreign Language, by Richard Roberts and Roger Kreuz