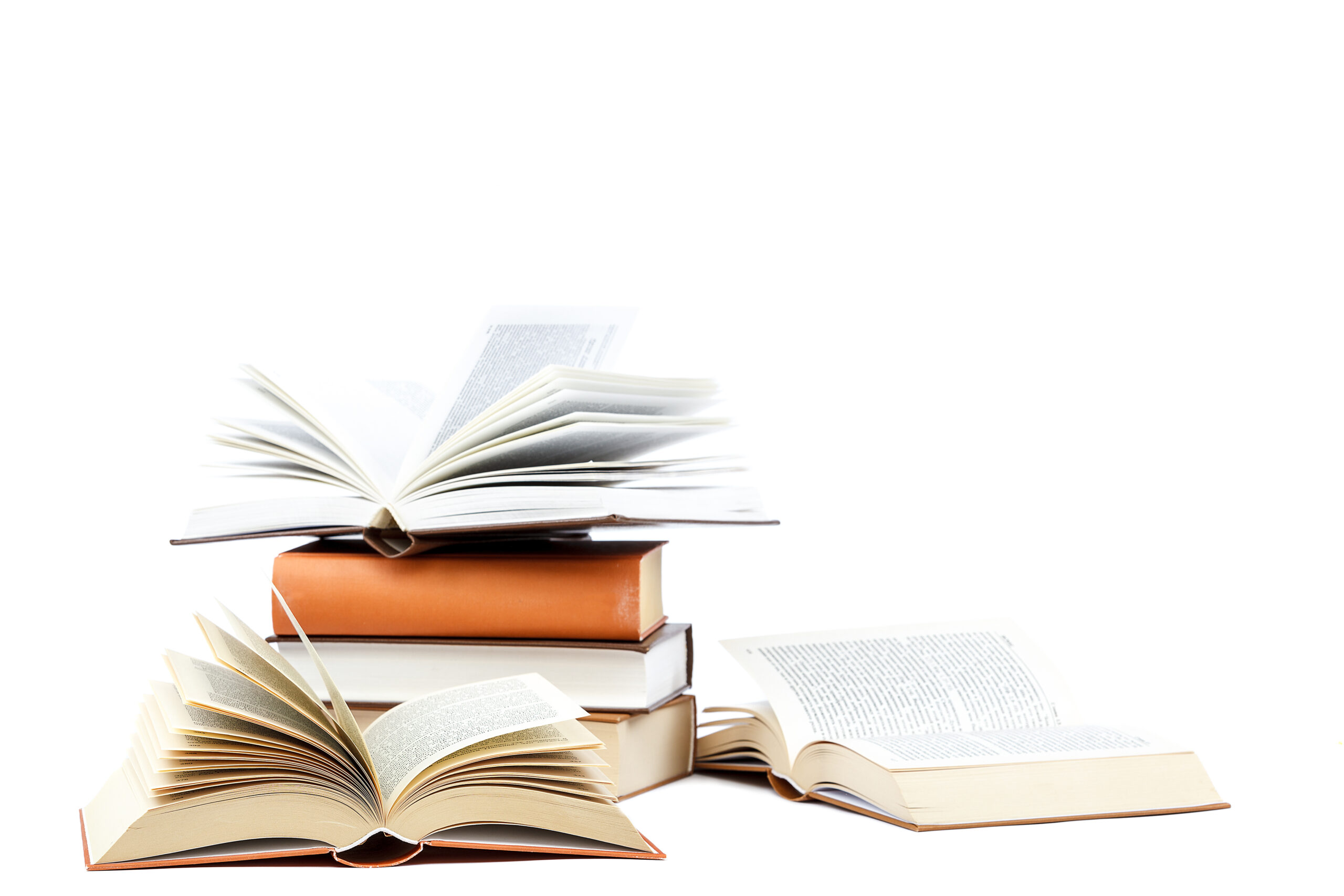 Surrounded by evidence—shelves, tidy and chaotic; clip-on reading lights; mocking and ubiquitous New Yorker magazines—I confess, I love to read. Naturally, the Germans have a word for it—“Lesewut,” or the “rage to read.”

It begins. We are in our ’56 Chevy, black, its fins as yet restrained, heading for Fleetwood, Penn., on an early Sunday afternoon. We will be met with a massive meal, simple, albeit multitudinous, and by Anna, my Pennsylvania Dutch grandmother. But first, the journey. My mother reads aloud from Kenneth Graham’s The Wind in the Willows. Hills and pastures glide by. The characters of Mr. Toad, Rat, and Mole and their adventures assembled the scaffold of my imagination. This was reading—Mother’s voice, the evocation of different worlds, an aperçu, a journey.

For me, it’s been a year of reading. As part of a pandemic-forced restructuring of my days, I turned, even more avidly, to books for entertainment, inspiration, and those old escorts of truth and beauty. The books described here could as easily have been others, with other slants. Mine are, however, books chosen for this moment. You will have lists of your own. I keep thinking, though, that the rage to read, my “Lesewut,” was, as I developed, not consistently considered a virtue to be encouraged or, even possibly, endured. As I grew older, Anna would pull puzzling comments out of such thin air—“I pity you so, honey dear” or, more forcefully, “You read too much!” What did she mean and were the two related? This would have been the mid-’60s, when cultural expectations of young womanhood were planted in the loam of fervent, if aggrieved, domesticity when reading might be thought excessive and subversive.

What was reading to her? I remember the Sunday Morning Call, its innards spilling to reveal the Parade insert, with its gossip bits and bleeding inks, the expanded comics, the myriad circulars. Then there was the Life and Look magazines, National Geographic, and Readers’ Digest, bringing the larger world into the Fleetwood living room and spread in tidy fans on coffee tables. Did we ever discuss books? Even the question got at something underneath the “You read too much” admonition—that divide between generations—her fears, my liberation; her caution, my sometimes careless curiosity.

The “facts” of her life I knew barely, released in bits by my mother, whose attachment to personal histories was, at best, vague. What I do know: Anna was born toward the end of the 19th century, completed the eighth grade, survived poverty, a pandemic, depression, and was married three times. Endlessly curious about her life, my questions would be met with, “What do you want to know that for?” What was to be avoided in the disclosures of one’s history?

Writing this in early December 2020, the pandemic hurtling through the holidays, an intransigent president refusing to concede, the earth’s dire problems worsening, how kind to offer to the roiling soul historical perspective. Jill Lepore has written These Truths, a 788-page history of America, partially in response to the present, intense divisiveness among “We the People.”

“I wrote this book because writing an American history from beginning to end and across that divide hasn’t been attempted in a long time,” says Lepore. “ . . . One reason it’s important is that understanding history as a form of inquiry—not as something easy or comforting, but as something demanding and exhausting—was central to the nation’s founding.”

These Truths explore the historic simultaneity of the truths our freedoms are predicated on—slavery, genocide, hypocrisies straining to be justified. We do not live in the worst of times—we live in our times. Reading and re-reading history, a continuous examination from shifting points of view can feel like a tour through shock and ensuing shame to grief and then, one hopes, reckoning.

Speaking of the past, Ruth Franklin’s New Yorker review of Maria Dahvana Headley’s new translation of Beowulf is intriguingly subtitled, “A ‘Beowulf’ for Our Moment.” She reminds us that this 8th century oral, Anglo-Saxon poem, not written down until the early 11th century, gives stark proof of the raw materials of fear, hunger, violence, and awe that constitute humankind. Beowulf extols the masculine delights in drink and war; its women pour the mead and tidy up the carnage. Headley reimagines Beowulf from a feminist perspective and retains the blood and gore. What is this dark tale to our moment? I think of the transgressions of the past four years—to name a few: Eddie Gallagher, the Iraq vet Navy Seal on trial for stabbing to death a wounded, 17-year-old ISIS prisoner, and his presidential pardon. I think of Charlottesville, the Confederacy, and QAnon. The shooting and looting that co-opted the Black Lives Matter demonstrations. I think of Trump ordering Lafayette Square cleared of peaceful protesters with tear gas, concussion grenades, and police—those on horseback; those behind their shields, while he lumbered toward St. John’s Church to make his unnatural photo op with the Bible. The primitive, the violent, the unexamined, the hubristic, the endlessness of it all.

Prior to this new translation, Headley’s 2018 novel, The Mere Wife reimagines the Beowulf epic from the monster’s mother’s point of view. Dana, the mother, an Iraq vet, has been kidnapped and raped. Returning stateside to her childhood home, she gives birth, in a cave, to Grendel. Upturning the monster trope, Grendel becomes the boy, Gren. It is how he is perceived that is more the danger than the boy himself, suggesting the tragedies of Trayvon Martin, Ahmaud Arbery, and all those slain, perceived as “other.” Headley turns her focus on contemporary social justice issues—the struggles between rich and poor, Black and white, the damaged and the whole.

We hash and re-hash the archetypal mysteries. I read, reflect, turn my gaze to a pad of paper, and jot down notes, ideas.  And then I think of my friend, Bob.

For Bob, Beowulf had become a foundational text, discovered in a visit to The British Library.  Standing before the original copy, he felt himself pulled into a visceral embrace with history. This prompted his frequent re-reading of the tale in various iterations, and, in turn, forming a reading circle. One summer afternoon, we were summoned; it was the very year that the posthumous Tolkien translation had been published. We gathered at Seattle’s Saint Mark’s Cathedral, a majestic structure overlooking Lake Union and the mountains.

I remember the delight of such a gathering more than passages read or insights gleaned. It was endearing that we, a group of Bob’s friends, mostly strangers to each other, had agreed to this, flinging out the burly syllables, the dark, archaic tropes, the clustered consonants—“Hwæt!,” Beowulf begins.
Our circle reminded me, conversely, how ephemeral reading is, and that the popularity of book clubs stands in opposition to this feature. Offsetting ephemera, dissilient thoughts interrupt moments of reflection.

For my grandmother Anna, I wonder how she valued language? The world did not remove itself from her through language, which, after all, has been likened to a finger pointing to the moon, and not the moon itself. Hers was the moon—in the perfectly groomed rows of zinnias and gerbera daisies from the narrow sidewalk to the garden shed. It was in her food—piles of it, redolent of harvest bounty, roast and potatoes, endive salad with hot bacon dressing, shoofly pie, apple pie, chicken pot pie, mounds of fragrant savories. Hers was a manifest world, bringing her closer to lived life than what a preoccupation with language ever could.

She procured from local farmers, extolling seasonal fare before it was in fashion, and built meals from memories of a childhood in the family hotel, situated at a crossroad between farm-to-market. She eschewed praise and recipes. All of it was expected when it was, in truth, a miracle. My reading has nothing to do with this, and yet, there prevails a transmigration of her lived experience to my reading. How I love my time spent with the great chefs, restaurateurs, and renowned food writers like M.F.K. Fisher, Ruth Reichl, Calvin Trillin, Anthony Bourdain, Alice Waters. This is a rich canon of individuals who teach us the relationship between the riches of the earth and the vibrant sweep of cultures, all in the universal language of food.

Reading leads us onto avenues of dark truths and resulting shame, delights, and succor. I imagine Anna savoring this amuse-bouche from Pavarotti: “One of the very nicest things about life is the way we must regularly stop whatever it is we are doing and devote our attention to eating.” “Hwæt!”

A practicing Buddhist for more than 30 years, Hollis Giammatteo has sought experiences that challenge her practice, from teaching writing to working with the elderly. She co-founded The Wilma Theater in Philadelphia, and was a resident playwright for The Rhode Island Feminist Theatre. Hollis has published in a variety of magazines and her memoir, The Shelf Life of Ashes, was released in 2016 by She Writes Press.