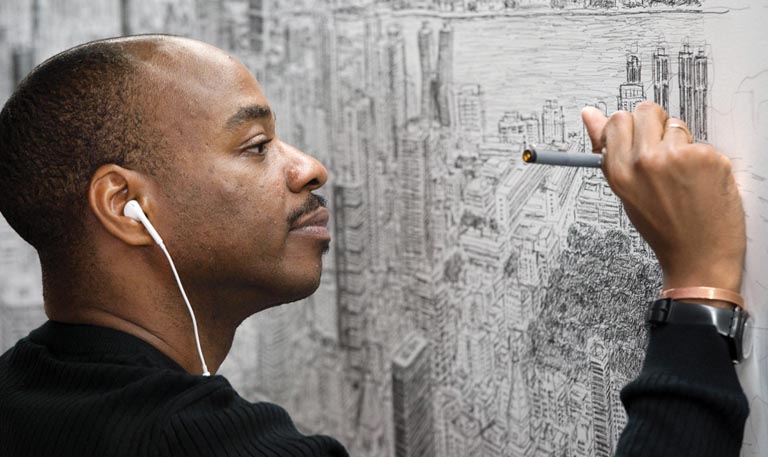 I have long been fascinated by the highly specialized virtuosity of people once called “idiot savants.” The neurological condition of savantism causes a counterpoint of profound disabilities coupled with incredible upsurges of targeted virtuosity.

Savants are “people whose general capacity for intelligence is abysmally low,” says neuroscientist V.S. Ramachandran, “yet who have islands of astonishing talent.” It is these islands of mental virtuosity that offer insight into the full expanse of human mental powers.

What gives savants their super-human abilities? Are so-called “normal” brains capable of approaching these capacities? I believe we can enhance our “normal” cognitive abilities by studying and emulating savant skills.

A savant’s mental genius, which can reach seemingly super-human levels, is usually confined to a finite set of capabilities. Savant skills center on the domains of music, art, mathematics, calendar calculation, mechanical and spatial skills, and extraordinary memory recall.

It appears the neurological condition forces the savant brain into a kind of Faustian bargain. The cost of a single super-human ability is the sacrifice of the rest of the brain. The vast majority of the savant mind is denied any cognitive power and is rendered useless. Yet, when a single skill survives, the targeted talent receives all the resources, focus, and energy the savant mind can muster.

Alan Snyder, director of the Brain and Mind Centre at the University of Sydney in Australia, has identified a set of hyper-activated abilities that seem to account for the flights of virtuosity that flourish in some savant minds. We all possess these abilities but fail to express them to the degree found in savants.

The savant mind can focus on pure sensations without converting the direct sensory input into symbolic representations. Betty Edwards, in her classic Drawing On the Right Side of the Brain, teaches art students the same perceptual trick. “Normal” minds look at an apple and automatically convert the raw data into a generic symbol of an apple. Skilled artists, and some savants, circumvent the processing and see the details and unique characteristics of this unique and singular apple. Edwards demonstrates that “normal” brains can learn to see like artists and savants.

Savant hyper-focus has two important aspects: 1) An intense and highly motivated emotional commitment to the topic, and 2) Concentrated and sustained attention without distractions. “Normal” minds that invest the same kind of commitment and attention to a pursuit of passion can achieve heightened results.

The privileged access to low-level sensory elements, coupled with hyper-focus, may provide savants with a heightened ability to discern subtle variations in sensory data, thus enhancing their performance. We can all train our minds to enhance our sensory acuity through disciplines like mindfulness meditation.

Savants have limited abilities and limited interests and tend to engage in obsessive-compulsive behaviors. When anchored in a creative activity, the hours of dedicated practice amplify skill levels, including the ability to identify and correct mistakes. We all know that disciplined practice improves performance.

A fully operational brain has many cognitive functions occurring at the same time. Smooth operation requires the activation of some functions coupled with the inhibition of others. Inhibition may have no role in a savant’s brain that has only one working talent. Without inhibition, that single talent may be free to realize its full potential. Perhaps “normal” brains can enhance performance by learning how to release inhibitions.

Alan Snyder suggests that savants possess a heightened ability to partition sensory information into equal parts, a skill he calls “equipartitioning.” Musical savants might hear music more acutely because they can partition the rhythms to an extraordinary degree—into 32nd and 64th notes, and beyond. We all possess this ability to some degree. We need no special training to divide a sandwich into four equal sections.

Some savants have extraordinary memory (see sidebar). It is likely that they are highly efficient at encoding an initial impression using low-level processing, hyper-focus, heightened sensory acuity, and an obsessive interest as mentioned above. Their ability to reactivate the memory would be heightened through obsessive repetition and rehearsal that firmly consolidates the impression. Most of us can improve our memory by paying attention to what we want to remember (encoding) and by reinforcing the impression (consolidation).

A savant’s virtuosity inspires awe and wonder. Savants demonstrate the pure potential of the human mind. Savants are forced to use their brain in unique ways. Their virtuosity arises from selective deactivation of certain cognitive functions coupled with hyper-activation of others. The lesson of the savants may be that we all possess the potential to excel if we learn to modulate our mental capacities in ways that give full expression to our innate abilities.

What a piece of work we are! How powerful the cognitive tool we possess, how pregnant with potential. What flights of fancy and achievement would be beyond our grasp if we could harness and express the collective potential of our human brainpower?

Michael C. Patterson, founder, and CEO of MINDRAMP Consulting writes extensively on the art and science of brain health and mental flourishing. He is an educator and consultant who previously managed AARP’s Staying Sharp brain health program and helped develop the field of creative aging