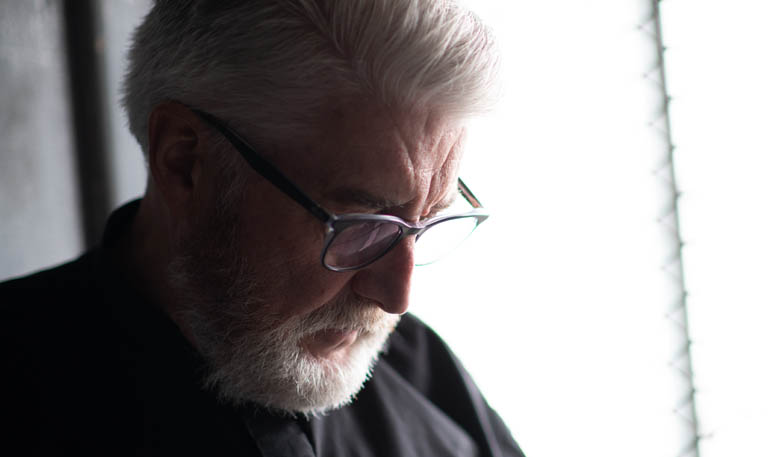 Rev. Rick Reynolds knows what drives him. “I am who I am. I’m interested in relieving human suffering and caring for people who are not as fortunate as I have been,” he says, simply, as if it’s no big deal, as if it’s as easy to say as, “I’d like a cup of coffee.” And he says it without even a hint of holier-than-thou-ness. I can’t explain how he pulls this off, but he does, and he’s been doing it for twice as long as the two decades I’ve been lucky enough to know him.

Rev. Reynolds recently retired at 69 after 28 years as executive director of Operation Nightwatch, which, for nearly half a century, has been a port in a storm for people experiencing homelessness in Seattle. Reynolds joined the Nightwatch staff in 1994, after several years of volunteering for Nightwatch’s late-night street ministry. At the time, the organization had $30,000 in the bank and was known for giving out socks, blankets, and sandwiches.

In 1999, a sudden opportunity came up to buy a building where, late in the evening, Nightwatch could serve a hot dinner, find and dispatch people to the city’s remaining shelter beds, and—eventually, after a major renovation—open a 24-room living space for low-income seniors on the building’s second floor. Word spread among some of Nightwatch’s regular dinner volunteers, who dug deep and persuaded their friends to do the same. The building was purchased, and fundraising began for the senior housing makeover.

Meanwhile, hot meals and shelter dispatch were happening every night, 365 nights a year, as they are to this day. Reynolds is proud of the fact that Nightwatch kept right on going through the pandemic, even though dinner had to be boxed and the number of available shelter beds around the city were drastically reduced by distancing requirements.

You would think, after 28 years, Reynolds would be ready for a restful retirement. But no. “I hate it,” he says, blunt as always. “I miss my staff telling me what to do every day.”

He says he’s put on weight. (A former marathon runner, he had to give up running due to knee pain.) He sometimes feels depressed. His wife Lorri is still busy, as a teacher in a parenting skills program, and Reynolds feels the contrast. He’s writing—stories inspired by Nightwatch, perhaps a memoir—but finding it hard to stay focused. He picks up food on Saturdays for the Emmanuel Community Services Food Bank. He is active in the recovery community. He has “many homeless guys on speed dial,” and meets with several of them regularly for coffee or lunch.

But still, he misses the daily/nightly whirl of Operation Nightwatch.

The son of an elementary school principal, Reynolds grew up in Edmonds. He and Lorri both graduated from Seattle Pacific University but they didn’t meet there; they met after college, while working at the former Sears store on Aurora Avenue.

Reynolds wasn’t sure what he wanted to do with his life. He liked to sing and a friend invited him to help run a gospel singalong at the Branch Villa retirement home on Sunday mornings. Before long, he quit Sears and became a VISTA volunteer, whose job was to “work on nursing home reform” and register older voters. That led to “two half-time jobs”—one at Catholic Community Services and the other at Advent Christian Church, where he was encouraged to attend seminary.

Meanwhile, he and Lorri were living in a common-purse commune, in an old mansion at 14th and Olive in Seattle. For several years, they pooled their money with housemates. It forever changed his relationship to money, Reynolds says.

After working his way through seminary—“it took me four years”—Reynolds became the minister of Advent Christian Church, known at the time as a “progressive evangelical” church in Seattle’s Capitol Hill neighborhood that was decidedly “not churchy.” Reynolds heard about Operation Nightwatch and began volunteering in its late-night street ministry. “No preaching, just a loving presence,” was founding director Norm Riggins’ motto. Reynolds found he had a knack for it. In 1994, Riggins asked him if he’d like to take over.

Though the scope of Nightwatch’s mission grew dramatically over the years—as did the number of people experiencing homelessness in Seattle—Reynolds made a point of “staying close to the streets,” of getting out, in person, simply to talk. To be present. He also got to know the seniors living upstairs, where their communal kitchen is the place to hang out. “It keeps people from isolating in their room. I don’t think it’s healthy for humans to be alone,” he says, and the residents could not agree more.

But back to retirement. He’s working on it. He has nothing against people wanting to kick back. But for Rev. Rick, it’s hard to shake that lifelong desire to do whatever he can to relieve human suffering.

Even in retirement, “people need to pursue things they find meaningful. Rather than just escaping,” he says. “At the end of your life, are you really going to care about travel, fishing, and all that? Or are you going to care about what good you put into the universe, not what you got out of it? So that’s my bias about retirement.”

He really doesn’t want to sound judge-y. It’s just that, as he put it: “I have lived a life of such abundance and joy. It’s hard not to get caught up in the process of adding joy back, you know?”

Ann Hedreen is an author (Her Beautiful Brain), teacher of memoir writing, and filmmaker. Hedreen and her husband, Rustin Thompson, own White Noise Productions and have made more than 150 short films and several feature documentaries together, including Quick Brown Fox: An Alzheimer’s Story. She is currently at work on a book of essays.

The many data analyses of the PIT count, which you can study in detail on the KCRHA website, include a breakdown by age of people experiencing homelessness. Sixteen percent are 55 and older. Although this may appear to be positively disproportionate to the fact that 25 percent of King County residents are 55 and older, a recent report by the King County Medical Examiner’s Office shows that the median age of death of people experiencing homelessness is 51. For all King County residents, the median age of death is 79.

How You Can Help

Do you want to help but don’t know how or what’s appropriate?  Here are some recommendations from Operation Nightwatch on what you can do.

It’s better not to give money directly to the homeless. What most need are overnight shelter and a meal. Instead of handing a few dollars to someone panhandling, donate directly to non-profit organizations like Nightwatch who can provide help.

To address a big problem like homelessness takes an army of volunteers. With training and guidance, you can do things like visit seniors, hand out sandwiches, listen to stories, and more. “Volunteering at Nightwatch will change you in ways you cannot imagine.”

If you are intimidated to engage with a homeless person are not alone. Nightwatch encourages we start with a smile or hello, “as every person is worthy of dignity and respect.” Give bottled water and soft, nutritious energy bars (many have poor teeth and can’t bite or chew hard foods). New socks are always appreciated.