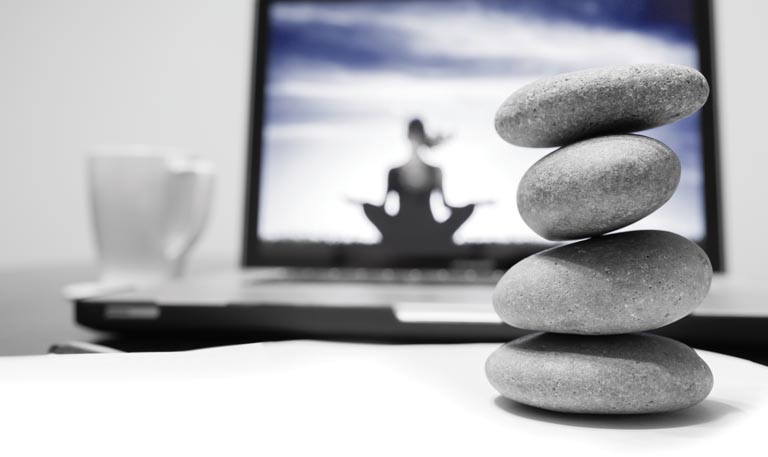 One of my strongest childhood memories is of watching the Apollo 11 landing and moonwalk with my dad in July 1969. Six weeks later, when I started third grade, my classmates and I were all over the moon in our admiration for the astronauts—and a few years after that, we all started sixth grade in the brand-new Neil Armstrong Middle School. So I got a kick out of learning that Don Eyles, a computer scientist who worked on the Apollo program, has the same kind of smartphone I do: the discontinued iPhone SE, first released in 2016 and still prized by fans for its smaller size. “Smartphones are just getting too big,” he told tech writer Dwight Silverman.

I like technology. I especially like how I can stream music and podcasts and how my phone can tell me if my bus is running late or if it’s going to start raining in a few minutes. I don’t know how I lived—never mind how I researched more than a dozen travel guidebooks—before Google Maps, and the Internet is central to my work as a writer and editor. But with all the reports of data breaches and political havoc, I’m spending a lot less of my free time online, and I’m choosing less technology when I have a choice.

Earlier this year, I moved into a 400-square-foot apartment that immediately reminded me why, when we were kids, these places were known not as studios but “efficiencies.” I feel I have plenty of room, but I had to make decisions, especially in my kitchen. One was deciding to live without a microwave—I simply don’t want to sacrifice the counter space—and while learning about the June all-in-one cooking appliance briefly made me say “hmmmm,” I’m doing fine with my old-school set-up of four burners and an oven.

A few years ago, I read and enjoyed the book Mindful Tech: How to Bring Balance to Our Digital Lives. It helped me think more deeply about my tech use, so I asked its author if he had time for coffee. I met David M. Levy, a professor in the Information School of the University of Washington, at his favorite coffee shop and we talked about how technology continues to permeate our lives.

I tell Levy that I liked Mindful Tech in part because he doesn’t insist that we unplug from our devices—that we are living in the modern world and social media and email have their benefits. Yet I am skeptical about how much tech we really need, and Levy says he has concerns about technology, “not just on the individual level of privacy but on continuing to promote a view of life that is primarily based on a narrow conception of what it is to be human,” of valuing productivity and efficiency above all else.

Levy mentions the importance of intention and attention in deciding how to use technology. “What I’ve learned from my work on phones and social media is that there has to be a reflection based on the actual circumstances of the person’s life,” he says. “How do you decide whether the invasive side of having a camera in grandma’s room is more or less important than the benefits?”

Rather than adopt or reject new technology in a knee-jerk way, Levy advises that people think about what they’re trying to accomplish. Technology can be a lifeline for an elderly person, but it’s complicated, “especially if adult children use it as a reason not to be more fully in touch”—or when frazzled new parents hand their toddlers an iPad.

Before we depart, I tell Levy that I’m wasting far less time on Facebook, but how messages of love and support I received on the social network were of great comfort to me when my dad passed away in 2012 and again when my husband died last year. I also spend less time on Twitter and Instagram than I did a few years ago, but I still like to visit the sites occasionally—no more than an hour or so a week, in small doses—to keep up with family and friends.

Levy and other experts say that rather than adopting an all-or-nothing stance on technology, we ought to use it in ways that reflect who we are and who we aspire to be. As Cal Newport writes in his recent book Digital Minimalism: Choosing a Focused Life in a Noisy World, people who take this approach see new technologies “as tools to be used to support things they deeply value—not as sources of value themselves.” That sounds about right to me.

Julie Fanselow lives in Seattle. Her earlier writings for 3rd Act include the essay “Just Enough News” (summer 2018). Read more from her at surelyjoy.blogspot.com.