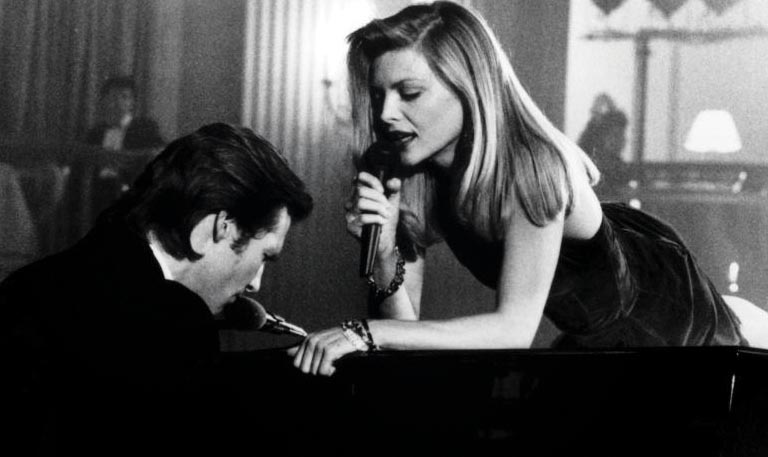 As I write this, the COVID-19 pandemic has darkened the lights of our local theaters and other arts institutions and restricted other mass public gatherings. But until we are able to attend concerts, plays, and museum shows in person again, we rely on our electronic streaming devices for arts and entertainment. And the options are bountiful. They include periodic “live” performances presented by such local arts purveyors as the Seattle Symphony, Earshot Jazz, and Seattle Shakespeare Company, all of which can be piped into your computer or TV screen via the web.

And it is also a great time to catch up on movies available through such streaming services as Amazon Prime, Netflix, and Hulu that offer a virtual tour of Seattle and environs, past and present. So how about a “Made in Seattle” film festival of features shot in and near our changing city over the past several decades?

So settle in with a large bowl of popcorn and take in some movies in which Seattle plays a costarring role.

It Happened at the World’s Fair (1963): The 12th film starring Elvis Presley, this one is a typically hokey musical comedy set against the 1962 Seattle Century 21 Exposition—better known as the Seattle World’s Fair.

Elvis plays a crop duster pilot who hitchhikes to the city in search of work after he and his buddy lose big in Las Vegas. There’s a love interest for the singer (of course) and a couple of far-fetched plot lines involving a smuggling gang and a cute little girl whose father has disappeared. And there are plenty of musical numbers and shots of the newly erected Space Needle.

The movie crew spent only a week on location in Seattle before completing the shooting in Hollywood, but it really is Elvis up there mingling with the fair crowd and riding the Monorail.

Cinderella Liberty (1973): Shot entirely in Seattle, this is the low-key tale of a sailor, played by James Caan, who winds up on extended leave in the unglamorized parts of the port city and falls in love with a prostitute, played by Marsha Mason, who sports, what else, a heart of gold.

The movie affords a kind of tour of the working harbor on Elliott Bay, with the sailor arriving at Harbor Island, hanging out with his girlfriend’s son at Gas Works Park, hopping a ferry (the MV Spokane) and spending time at the now-defunct Fun Forest Amusement Park at the Seattle Center.

Frances (1982): Frances Farmer was a beautiful, fiercely independent, Seattle-bred actress who embarked on a promising film career in the 1930s, which was later tragically derailed by mental illness.

Jessica Lange gives a bravura performance in this semi-biographical portrait of Farmer (based in part on her memoir, Will There Really Be a Morning?). It ranges from her teenage years attending University of Washington, to her work on Broadway with the radical Group Theatre in New York City and an unsatisfying tenure in Hollywood.

Frances sympathetically but graphically dramatizes Farmer’s struggles with alcoholism, erratic behavior and maltreated clinical depression, which resulted in arrests and time spent in mental institutions, including a lengthy stint at Western State Hospital in Steilacoom, Wash.  Some Seattle scenes were shot in Discovery Park, West Seattle and at the Paramount Theatre.

The Fabulous Baker Boys (1989): This under-appreciated gem focuses on two piano-playing brothers whose close relationship is impacted by the addition of a female singer to their longtime lounge act.

The film gained veracity by casting two excellent sibling actors, Jeff Bridges and Beau Bridges, as the brothers. And it is also an excellent showcase for a young Michelle Pfeiffer, whose jaded yet vulnerable turn as the interloping female singer helped propel her to stardom.

Many of the film’s exteriors were shot in an ungentrified, bluesy-moody Belltown. Look closely and you’ll recognize Pike Place Market, Ivan’s Fish Bar at Pier 52, and several downtown hotels.

Singles (1992): An affectionate valentine to the early 1990s grunge-rock scene, before it became a more commercial national phenom, this study of several young Seattle dwellers looking for love is quite a charmer. And it’s a slice of youth nostalgia too, back when apartments on Capitol Hill were cheap and the tech-boom was in its infancy.

The cast includes such attractive up-and-comers as Bridget Fonda, Matt Dillon and Kyra Sedgwick. Director Cameron Crowe established a laid-back vibe and filmed much of the tale in Seattle, with scenes at such landmarks as the Cinerama, the Fremont Bridge, Post Alley and the Montlake Cut.

Sleepless in Seattle (1993): One of the most popular movies associated with our fair city, this two-track romance unfolds in Manhattan (where the character played by Meg Ryan resides) and Seattle, where widower and single father (Tom Hanks) calls a picturesque houseboat on Lake Union home.

Alas, relatively few scenes in the beguiling story were actually filmed here. There’s enough, however, to give you the flavor of Seattle in shots of Alki Beach, the venerable Athenian Inn at the Pike Place Market, and Sea-Tac Airport. Fun fact: When the couple flirting from afar finally meet in person at the Empire State Building, they’re actually standing on a replica of the observation deck constructed in a hangar at Magnuson Park.

Humpday (2009) and Laggies (2014): Though in recent years many of the Seattle settings in movies and television series have largely been shot in Vancouver, BC, and elsewhere, one filmmaker remained fiercely loyal to her hometown.

That was Lynn Shelton, whose natural, gently astute and humorous ensemble movies pay homage to many Western Washington locales.

Though she began scoring television directing assignments, Shelton also kept working in Seattle and in 2014, came out with Laggies. It’s a genial, sweet-natured take on a woman in her late 20s (played by British star Keira Knightley) who keeps postponing growing up by delaying her wedding, blowing off career ambitions and hanging out with teenage friends—until adulthood sneaks up on her.

You’ll spot many familiar Seattle haunts in Laggies, including Northgate Mall, Chihuly Garden and Glass at the Seattle Center, Lake Union and the Dick’s Drive-In on Holman Road.

(Additional movies with Seattle backgrounds worth checking out include Five Easy Pieces, House of Games, Say Anything, and The Ring, among others.)

Misha Berson writes about the arts for The Seattle Times and many other publications, and is the author of four books, including Something’s Coming, Something Good: West Side Story and the American Imagination (Applause/Hal Leonard).[/vc_column_text][/vc_column][/vc_row]