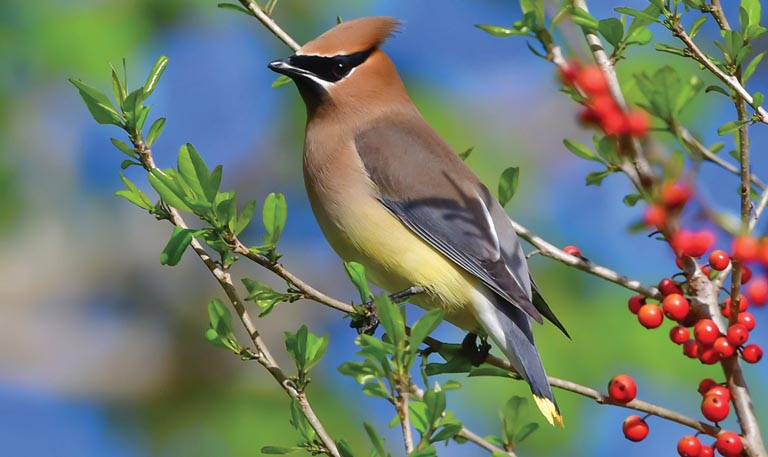 “Some keep the Sabbath going to Church

I keep it, staying at Home

With a Bobolink for a Chorister

And an Orchard, for a Dome …” (Emily Dickinson)

Time spent with nature is an embrocation for the ravages of stress and uncertainty. Green activities alfresco improve physical health, while boosting overall feelings of confidence and elevating one’s outlook.

So, let’s take a journey within our neighborhood green spaces in search of “our little Sexton.” And perhaps we may just discover solace, inspiration, and meaning along the way.

Seattle Audubon volunteer, naturalist, and West Seattle native Kersti E. Muul grew up beside this park and still visits it daily. “I look at Lincoln Park as an ecosystem all its own. It has evergreen, deciduous mixed mature, and young forested areas with lowland beaches, open uplands, and bluffs with spectacular views of the Salish Sea and Olympic mountain range. This intersection of forest and sea in an urban setting is pretty rare.”

According to Wendy Walker of Seattle Audubon, the Common Raven now nests here. “Usually associated with higher elevations and more remote areas in Washington, it’s quite wonderful to hear the deep voice of a Raven coming from the interior of the park,” says Walker.

Muul continues, “I’ve been going to Lincoln Park since I was a toddler. There are dynamic and often dramatic stories that play out with all the inhabitants. I’ve watched many live out their life cycles, birth, and death. I celebrate and mourn along with them.”

Insider Tip: Both experts tell us, “Come early on weekends. Parking is difficult, so come by bus or bicycle. For a quieter experience listening to birds, walk one of the smaller, interior trails or grassy clearings. While the beach trail is the most crowded, clear views of the mountains and sea are the rewards. And, if you’re using binoculars anywhere near the water, be prepared for the same question from passersby: ‘Are you looking for whales?’”

For birders, this 500-acre park is a year-round destination with a list of 270+ avian species. “To reliably see and hear local birds like the Pacific Wren, or watch for migrating seabirds such as the Parasitic Jaeger, this is the place to be,” says Walker. “From forested trails to bluffs overlooking Puget Sound to a rocky beach, Discovery Park offers a wide variety of bird habitats.”

Explore miles of unpaved trails limited to pedestrians only. The terrain is hilly in some locations, and cyclists are welcome in certain areas. “Walk the Wolf Tree Nature Trail (a gentle half-mile loop) through classic Pacific Northwest forest habitat,” says Walker. “The occasional bench invites you to pause and listen to mixed flocks of kinglets and chickadees moving through the overstory.”

Seattle birders gather here for The Big Sit!, an annual, internationally known one-day bird count. Walker states, “The team must stay within a 17-foot circle, and only count bird species seen from within that circle. In 2019, they logged 57 species. Birding in Discovery Park can be a long walk through many habitats, or an hour in one spot!”

Be sure to visit the Discovery Park Environmental Learning Center and the Daybreak Star Indian Cultural Center to create an experience of depth and breadth.

Get Involved: Become a member of the Friends of Discovery Park. “It has an inestimable value in rejuvenating our minds, relaxing our bodies, and replacing the stress of city life through the enjoyment of its creatures, the charm of its wilderness, and the beauty of its views,” said the late Bob Kildall, known as “Mr. Discovery Park” for his commitment to the preservation and sanctity of one of Seattle’s best-known parks.

Reclamation, remediation, and restoration—themes and activities that resonate after the arduous challenges of 2020—are the guiding principles of this destination. What was once altered by ecologically ill-advised canals and further deterioration into one of Seattle’s largest landfills, the UBNA now stands as one of the area’s most successful environmental laboratories.

“Local birders may look at you in confusion if you ask for directions to UBNA since it’s often still referenced as ‘the fill,’” says Walker. “Today visitors can choose different experiences through a range of habitats including wooded glades, open meadows, and marshy shorelines,” thanks to decades of focused conservation efforts.

To explore this urban avian paradise, begin at the Center for Urban Horticulture at 3501 NE 41st St., Seattle.

“A boardwalk loop elevates the visitor above a marshy wetland and through a thicketed area that leads to a protected cove tucked in along Union Bay’s north shore,” says Walker of the Yesler Swamp. “Belted Kingfishers, Cooper’s Hawks, and Cedar Waxwings have all been spotted perched on snags overlooking the water. A recent visit turned up the exciting find of an American Bittern concealed among the reeds.”

This access-friendly, longer gravel path allows closer views at Shoveler’s Pond, Central Pond, and the Osprey nesting platform near Carp Pond. “Look for the Northern Shoveler and other ducks at the first small namesake pond,” continues Walker. The second is “the place to see Green Herons along the far shore, catch the many warblers flycatching in the willows along the edge, and see hawks and Bald Eagles hunting.”

Adds Walker, “Slowly scan the edges (of Carp Pond) to spot the improbable head-bobbing dance of the Wilson’s Snipe—if you’re lucky! The Virginia Rail and less frequently seen species like American Pipit may also be here. Then head west to explore the canal trail and view small islands in Union Bay.”

Bonus: Learn about “what was once a garbage-filled swamp (that now helps) urban dwellers live in harmony with the natural environment” in this detailed article by John Caldbick.