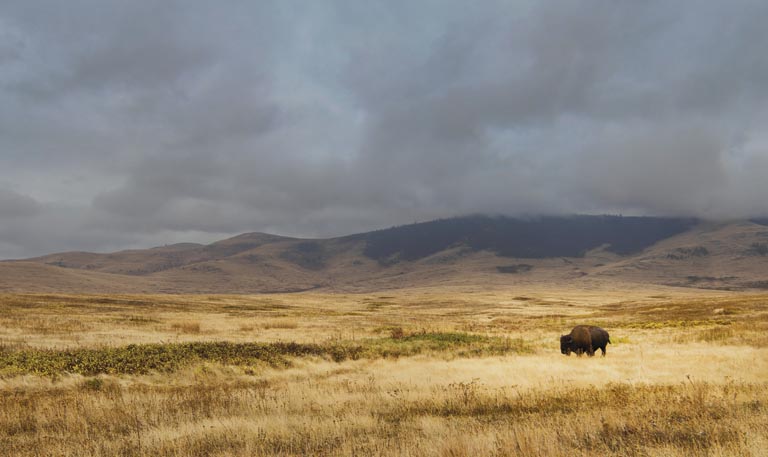 Last summer, as wildfires and air quality allowed, we drove our Teardrop to Montana, and that question, what we owe each other, spanning eons and religions, hit me, triggered by the U.S. withdrawal from Afghanistan.

A Small State Park
Approached by an older man offering to help me pump water, I wondered, did I look that feeble? Resisting sarcasm, I opted to chat. He was driving from Arizona to Minnesota for the fishing. It was bad here. COVID insinuated itself into our conversation. The gist a suspicion of mainstream news. Take South Dakota, “nothing happened.”

“That motorcycle rally?” I asked.

“Hydroxychloroquine, perfectly effective with regard to timing.”

Where to begin? What do I know, after all? I am the walking talk of what I read. I shrugged. We walked past his pick-up. In the bed was tethered a cute, yellow raft for his fishing, and this I admired.

Hutterite Corn
We arrived in Choteau, 85 miles south of East Glacier. My wife would be off for a weeklong, packhorse-supported hike in the Bob Marshall Wilderness Area. I’d remain in the Mountain View Campground with, more accurately, its view of a huge seed-cleaning operation across the highway. An older woman, shimmering, approached. “There is Hutterite corn on the corner of 89 and the hardware.”

She praised their corn. In turn, we praised summer, a mainstay being corn. She said her name was Carole and I said mine.

She said, “I won’t remember. I have short-term memory loss.”

I laughed. It had been tossed out that lightly.

Later, I was sorry that I hadn’t asked, “How is that for you?”

Simone Weil believed compassion was manifested with the question, “What are you going through?”

Dot and Scale
I was reading Willa Cather’s My Antonia then, and like her narrator, I was enthralled by the land. Each day, I’d drive toward the Rocky Mountain Front on dirt, surfing the sea-scraped, rolling plains. I’d go forth with the dog in my orange tin box, swallowed by scale. Once, four horses stood gossiping in the middle of the road—lovely, curious, affable. They approached. Each in turn stuck a perfectly beautiful head into the car, snorted softly, withdrew.They ambled on. We owed nothing to each other. They were a gift, and I resumed dot stature.

Going Forth
I’d laid an expectation on myself, that I go forth, like my wife, into the wilderness. This was fully realized while asking the Forest Ranger if I, alone, female, and entertaining agerelated caution, was safe to go forth hiking. The force with which she responded, “You’ve got to know what you’re doing out there!” Humbly, I took the list of hikes she offered. My wife had left me her can of bear spray. I was not amused.

No, I would not go forth to be eaten or mauled. She was with her beautifully guided group; there was spray and expertise aplenty. She was not in jeopardy. This, I told myself, is what we owe each other—not to put ourselves in harm’s way; rather, to take care of ourselves for the good of one another. At the very least, this is what we owed each other.

History
A historical marker on Highway 89 indicated a stone that marked a place no longer standing called Old Agency. According to the sign, this bit of land had been “given” to the Blackfeet Indians “with unusual generosity.” The whites permitted the Indians to choose the location of their reservation. The tone of the sign lacked irony.

Up the highway, another marker noted that in 1806, the country I was gazing out upon—this vast and undulating grassland bordering the Rocky Mountains from here to Canada and south to the Missouri and Yellowstone rivers—all was buffalo range, the hunting grounds of the Blackfeet Nation. The herds meant everything to them—meat, moccasins, robes, leggings, teepees. The marker says, “Some Indian legends say that the first buffalo came out of a hole in the ground. When the buffalo were wiped out, there were Indians who claimed the whites found the spot, hazed the herds back into it, and plugged the hole.”

Flags flew at half-mast everywhere I stopped in Montana. “Afghanistan,” a man pointed out, when asked. I went every day to the Hutterites for corn and tomatoes. I retrieved my wife, both of us ebullient and giddy. I would try to keep the question—what we owe each other—shimmery and living. I thought of a sentence from Tove Jansson’s The Summer Book: “Sometimes people never saw things clearly until it was too late and they no longer had the strength to start again.” We’d been lucky with the smoke and fires.