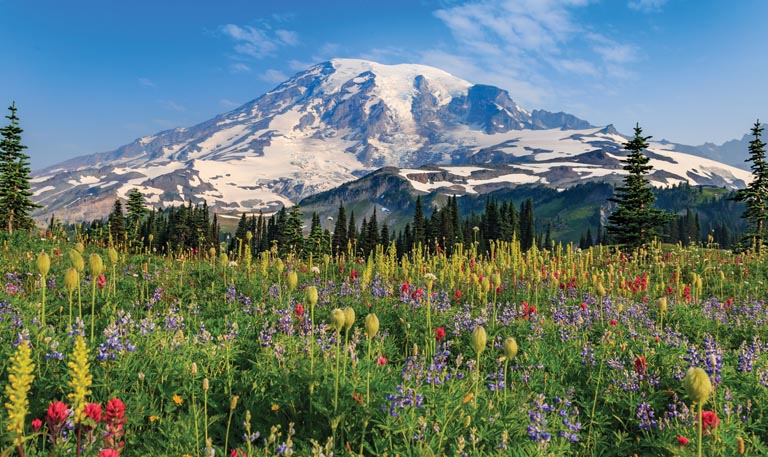 “You can identify the birds in your backyard on the designated day,” read the email. “And then send me the count of each species and sex.” Armed with a bird book and thermos of coffee while wearing sweats in the comfort of my deckchair, could my role as a citizen scientist get any cushier or COVID safe?

In volunteering, I’d joined the ranks of decades of citizen scientists, including 150 volunteers throughout the U.S. recruited by the Smithsonian in 1849 to telegraph daily weather observations. In 1870, their critical work was institutionalized as the modern-day National Weather Service.

Recent advances in technology have created more volunteer possibilities because research can be done without specialized lab equipment, and in many cases without leaving your own home. Cellphones can note GPS locations and upload photo data. Computer tablets can view satellite imagery on the surface of Mercury, and enlarge text in old diaries and field notebooks.

There are hundreds of intriguing government and private research projects needing assistance with enough variety that almost anyone can find an area of interest matching their available time and abilities. Some are strenuous, such as the Olympic National Park Marmot Monitoring Project in which volunteers hike the park’s backcountry trails recording information about the declining population of Olympic Marmots. Retired Sequim teachers Brian Berg (68) and John Bridge (75) just finished their 10th year on that project. “The motivation is to see as much of Olympic National Park as we can while contributing to the research about our endemic marmot,” explains Berg. “Marmots live above 5,000 feet and don’t always live by the trails so we often find ourselves in places we would never be except for the survey.”

Other projects are less strenuous. The Old Weather Arctic Project asks volunteers to transcribe handwriting from the uploaded logs of 19th-century whaling ships—data that helps scientists create models based on previous weather patterns and assists historians in understanding early Arctic seafaring. Or, if atmospheric science isn’t your interest, you can work with Oxford papyrologists and the Egypt Exploration Society to transcribe and catalog Greek text from fragments of Egyptian papyrus for their Ancient Lives Project.

Below is a sample of active projects in Washington, across the U.S., and internationally. You can also find other opportunities via a Google search, but make sure to check the project specs. There are short-term and year-round requests, and some require an application and initial training to participate.

Zooniverse: This international website has 76 active citizen science projects in need of volunteers. You can classify vertebrae fossils for the National Museums of Kenya, transcribe the notes of early women astronomers for Harvard, or help Duke University researchers understand child-directed speech.

The Smithsonian: The venerable Smithsonian uses online volunteers for a variety of tasks, including the transcription of archival materials in their vast collections of field books and specimen collection records, or identifying gardens from photographs in their Archive of American Gardens.

Mt. Rainier National Park: Meadow Watch is a summer project recording the flowering of Mt. Rainier’s wildflowers. The data is used to understand how climate change impacts alpine flora. Mt. Rainier also sponsors the Amphibian Monitoring Program in which volunteers collect data on the 14 species of park amphibians, and the Dragonfly Mercury Project collecting larvae to test for mercury levels.

Citizen Wildlife Monitoring Project: Using remote cameras, volunteers record the presence of rare species, including wolverines, grizzlies, and gray wolves in the I-90 corridor and on the east side of Snoqualmie Pass. A similar project called Carnivore Spotter was launched in the Seattle area to track urban carnivores.

Bumblebee Watch: From your own backyard or on your travels, you can observe and submit data about the declining bumblebee population.

CosmoQuest: This project collaborates with NASA scientists to map unusual features in the solar system (craters on the Moon or asteroid impacts) from uploaded high-resolution satellite images.