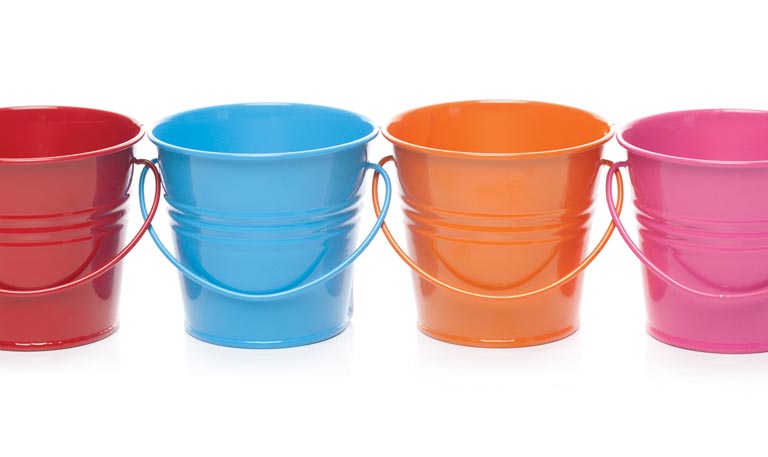 When a milestone birthday rolls around—30, 60, or beyond—people often feel the hot breath of mortality on their neck. It’s at times like these when many of us run off on some big adventure: a bucket-list trip.

Not so Edmonds resident Nicole Faghin.

In the summer of 2017, about a year before her 60th birthday, Faghin decided to turn the bucket upside down.

“I made it a challenge. For a whole year, I would do all the little things I’ve always wanted to try but never have,” she says. Faghin put a notebook next to her bed, wrote down to-do’s as they occurred to her, then organized the ideas into categories.

By the time her 60th birthday rolled around last June 6, she had crossed off more than 50 things from her mini-bucket list. She learned to play bridge, took a cake decorating class, and backpacked alone. She rowed in a dragon boat, watched all the Academy Award-nominated movies before the Oscars telecast, visited Seattle’s Kubota Garden, and played the viola. (She already plays violin, but viola is a different animal.)

Faghin notes that her effort wasn’t aimed at performing spectacular stunts. “It’s not about pushing the limits of my strength,” she says. “It’s all about trying something new and moving outside my comfort zone.”

She believes that we all share that vague notion of “someday I’d like to …” do a lot of things that we may never get around to doing. We’re busy with our jobs and the rest of our lives “and then there’s procrastination. But there is time,” she adds. “It’s a choice how to spend it.”

Faghin understands the too-busy argument. As an attorney and consultant with the University of Washington’s Sea Grant program, she offers technical expertise to individuals and organizations in support of the state’s coastal and marine ecosystems. But even with plenty on her plate, she has found there’s room for playful awareness. “These ideas used to pass in front of me,” she says. “I’d see something and think, ‘I should do that.’ But then I wouldn’t. Now I think I’m capturing these fleeting thoughts that usually just fly past.”

The neat thing about her experiment is it can inspire anyone, of any age. “I talked to a young woman who’s 30 and she told me she’s going to do this when she turns 35,” Faghin says.

It’s affordable, too. Many things on her list were free—for example, a concert by the Compline Choir at St. Mark’s Cathedral in Seattle. “What an experience that was,” she recalls.

Her year of many small things taught Faghin a lot about herself. Her advice to those who may want to adopt a similar challenge? “Notice the little things in your life,” she suggests. “Maybe you want to trim that rhododendron bush. Take some time and do it. Maybe you want to climb El Capitan. OK. That’s not me, but OK.”

The trick is, pay attention when you find yourself thinking “I wonder what it would be like to,” or “I wish I could,” or “I’ve always wanted to.” Then write down those ideas. Whether you act on them or not, you’ll capture your dreams from the ether and pin them to a page for consideration. (A running memo on your mobile phone’s notes app works well for bucket-list making, too.)

“It really is the small things, and maybe that’s what this whole thing has been about,” Faghin says. “It’s been so much fun. What surprises me is when I tell people what I’m doing, their eyes light up. People hear about this and start their own list. Not mine, but theirs. That makes me happy.”

Connie McDougall is a former news reporter and current freelance writer. A lifelong student, she has pursued her own mini bucket list with lessons in flying, scuba diving, tai chi, Spanish, meditation, hiking and, most recently, Zumba. A version of this article originally appeared on MyEdmondsNews.com.