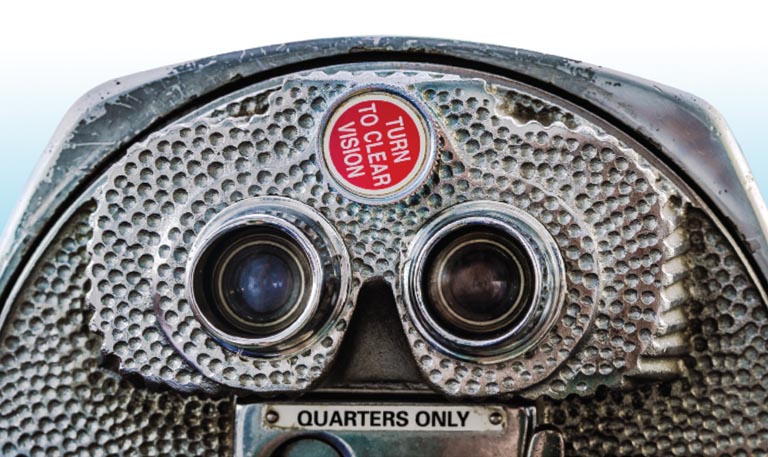 My high school science teacher back in the 1970s was a geeky guy who loved tech and sci-fi. He once asked the class to imagine the future. Students talked excitedly of flying cars, robotic maids, and picture phones!

He wanted us to consider the computer. At the time, computers were about the size of a VW bus and used only by global corporations for tasks none of us understood or cared to understand. But he insisted that in the not-too-distant future, most jobs would involve computers.

“Just think, girls,” he said. “One day, you might use computers to cook for your husbands.”

I groaned. Loudly. His vision of our future sucked like the ‘70s. He wasn’t a bad teacher, just a traditional man of the times.

The lesson stays with me as a reminder of how difficult it is for people, no matter how earnest, to escape the confines of their times. Few people are true visionaries who can imagine a better world and make it happen. Most of us just grumble and stumble along. There are those rare moments when a single event seems to shine a spotlight on society’s darkest corners, illuminating institutional racism or inequity or misogyny in the glaringly unflattering light it deserves. More often, illumination comes slowly. Instead of a quick flip of a switch it’s more like the slow turn of the earth toward the sun until it finally dawns on all of us.

As soon as we can see, we claim we always knew what was there. And on some level I suppose that is true.

Like the accidental lesson in sexism I learned in that science class, I didn’t know what I didn’t know until it was laid out, blatantly obvious, before me. And then I immediately jumped in to shame the teacher for being such a bumbling dimwit. Other girls in class agreed. One determinedly contrary boy said he didn’t want to work, and we girls should count ourselves lucky that we could stay home and cook. Shame, I thought, he was just trying to muffle the roar of our newfound girl power. I was strong. I was independent. I was stupidly smug because, honestly, I still didn’t get it.

I say that because my main takeaway from the computers-are-our-future lesson was to refuse to learn to cook. Nobody puts Baby in a kitchen! I also resisted typing class. Nobody puts Baby in a secretarial pool! Thankfully, the typing teacher pointed out that knowing my way around a keyboard might also be useful if I wanted to be a writer. I was grateful a few years later when I landed my first job in a newsroom where grizzled old reporters struggled to hunt-and-peck out stories on typewriters—electric typewriters because it was a modern newsroom. Six months later, all the typewriters were replaced by computers. I thought then of my science teacher’s seemingly far-fetched prediction and I realized, he got it partly right. In the half-light before the dawn, he foresaw the shadow of technological advances while I’d focused solely on shifting gender roles.

The truth was, neither one of us saw the big picture in sharp focus. Everything looked blurry. But we at least tried, both of us searching the horizon with eyes wide open, eager to usher in the change.

Vivian McInerny is a career journalist. She’s working on a collection of related personal essays about traveling overland from Italy to India at age 18. Her first children’s book, The Whole Hole Story, will be published in 2021 by Versify, an imprint of Houghton Mifflin Harcourt.