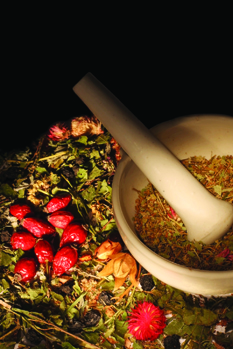 At the beginning of the New Year, my middle daughter was preparing to travel overseas to India for several months. In preparation, she studied their culture, customs, and beliefs. Through her research she became extremely curious about Indian medicine, known as Ayurveda. She sought out an Ayurvedic physician in Western Washington, and learned of one who had come highly recommended among yogis and natural medicine believers in the area. She recruited me, her father, to come along for the journey. I half-heartedly obliged, but ultimately decided to take the plunge. My main motivation for going was to spend some uninterrupted time with my daughter before she set off on her travels, as well as to understand why this particular topic had grabbed her interest.

After arriving to a very professional medical office, and spending an hour of uninterrupted quality time, the Dr. proceeded to draw my blood, take a urine sample, and discuss my health history. It took two weeks to get the results back, for which we made another trip to go over the results with the physician.

It turns out that my tests revealed that I had moderately high blood pressure, with a couple of elevated markers. The doctor recommended that I see a cardiologist to be sure there were no other underlying issues. Heeding his advice, I set up an appointment the following week with a respected cardiologist, who immediately prescribed a blood pressure medication. He said that if I were too heavy, a smoker, didnt eat healthy food, or exercise regularly; he would have recommended those adjustments first. That not being the case, however, the only choice was the traditional pill.

I am not one to take antibiotics, or any prescribed medicine freely, but I decided to fill the prescription just to have it on hand. However, I still didn’t feel 100% comfortable with the idea of filling my body with any unnecessary, or unnatural substance. I asked the cardiologist how he felt about herbs. His response was, “I don’t know anything about them. I know they have been around for thousands of years, but that is the extent of my knowledge.” I was confused to say the least, so I decided to do my own base line study.

So on the previous advice of the Ayurvedic doctor, I purchased a blood pressure machine. I used it every morning for the next ten days, taking no traditional pills or herbs. After the 10 days had passed, my blood pressure was consistently 15 points lower than when the Ayurvedic physician and the cardiologist first tested me. Then I began taking the prescribed herbs. Whether I am correct or not, I still partially attribute my initial high blood pressure to white coat anxiety.

In any case, I continued on this path for another 10 days, and my blood pressure had dropped an additional 25 points. I took another blood test, and I made a follow-up appointment to see the Ayurvedic physician. He was delighted to see the drop in my blood pressure, and that my blood test revealed all of my levels to be normal. Therefore, we agreed that the herbs were meeting our goals. He explained that his final goals for me were to be taking only a multivitamin, doing my breathing exercises, yoga poses, walking 30 minutes a day, and aerobic exercise; all without side effects and without taking a traditional pill the rest of my life. What a concept!

My objective in sharing my experience is to point out the difference between Western and Eastern medicine. Many western medicine doctors are quick to prescribe pills that might just cover-up an underlying problem. Of course, depending on the illness or disease, certain medications are absolutely necessary. However, in my case, my blood pressure was not so far off the charts that there was a huge cause for concern. In addition, I felt like the cardiologist was putting a band-aid on to cover up the cause, rather than finding out what caused it and how to heal it. On the flip side, eastern medicine doctors tend to want to put the pieces together as to why one is getting a recurrent yeast infection, or Eczema, for example. They want to know rather, if its a food they’re eating, a vitamin or mineral they’re not getting enough of in their diet, or environmental stress factors that could be the source of the problem.

Not only have I benefited from the Ayurvedic doctors herbal prescriptions, breathing exercises, and food recommendations, but my entire family has as well. It is important to know that there are other options out there. You owe it to yourself and the temple that is your body, before settling on the most obvious or easiest solution to get the information needed to make the best decision for yourself. It might take a little more effort and time on your part, but it could possibly open up a whole new world of healing possibilities that you never imagined. The combination of traditional and non-traditional medicine may be worth considering, and finding a traditional doctor that will work along side of a nontraditional.