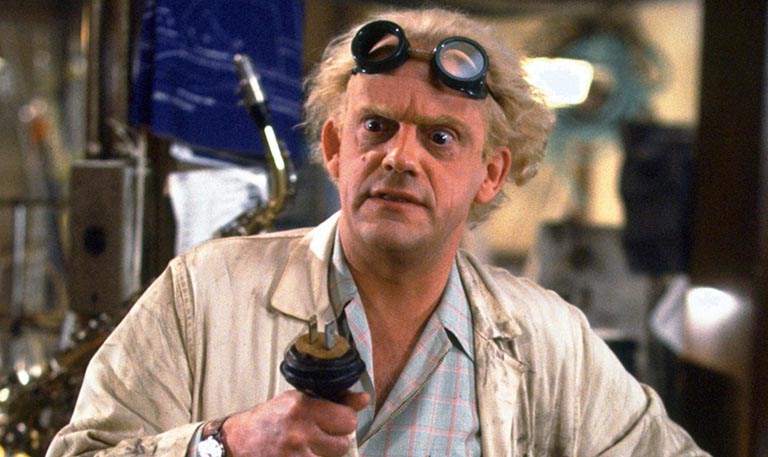 “I thought I did everything right, and I still got dementia! What did I do wrong?”

The answer, of course, is that it’s not your fault. Not entirely. The development of what we call dementia is not under your personal control. You may be able to control some aspects of your own behavior, but you exist as part of a larger environment, as part of a complex set of ecosystems. And our ecosystems are ailing. Our stewardship of planet earth is demented. Our political and economic systems despoil the very environments that should sustain us and keep us healthy. Until we control our systemic dementias we will continue to suffer unnecessary personal dementia.

These points were brought powerfully into focus when I read the book, American Dementia: Brain Health in an Unhealthy Society and spoke to the authors, Peter Whitehouse and Danny George. They present a powerful argument that America’s approach to the so-called Alzheimer’s epidemic is caused primarily by demented policies, practices, and institutions.

Keep in mind that the symptoms of dementia include memory loss, a diminished ability to conduct the activities of daily living, and compromised executive function. As Whitehouse and George point out, our civilization does a lousy job of learning from past mistakes. We can’t seem to figure out how to share resources in a way that keeps the entire planetary organism healthy. We systematically poison the air we must breathe, we pollute the water we must drink, and we remove nutrients from the food we eat and turn them into addictive poisons. We embrace belief-systems that are fantastical and self-destructive. Are these not symptoms of dementia?

There is now a wealth of scientific evidence that systemic, environmental problems like poverty, pollution, deforestation, wealth inequality, and inequal access to education and health care contribute to cognitive decline and dementia. We know, for example, that elevated levels of lead in our drinking water cause a lifetime of significant damage to the cells of our body, including brain cells. Our drinking water is gradually destroying our brains. But, because of demented political and economic factors and ill-conceived budgetary priorities, government and industry have done little to address the problem. Dementia is the price we pay when profits are prioritized.

The same is true for air pollution and industrialized farming. The rich and powerful are driven by profit margins more than for concern about the health and well-being of their customers—the people of our world. We have taken much too long to address the damage caused by our reliance on fossil fuels. As a result, our brains are subjected to high levels of pollution and the multiplying disruptions caused by global heating.

What kind of country sacrifices the health and well-being of its citizens to create obscene wealth for a handful of people? A crazy country, a country suffering from dementia.

Whitehouse and George suggest that this craziness—this American dementia—is driven by the ascendance of “hyper-capitalism,” a maniacal form of capitalism that is obsessed with growth, and values nothing but ever-increasing profits. The health and well-being of the many are sacrificed to increase the coffers of the few.

Hyper-capitalism walks hand-in-hand with “neoliberalism,” the political and economic philosophy that believes in the power of unfettered and unregulated markets to solve all problems—in spite of historical evidence to the contrary. Neoliberalism casts big government as the enemy and glorifies rugged individualism. It fears the cooperation and collective power of labor unions and democratic elections. It pursues a divide-and-conquer strategy.

The term “neo-libertarianism” might better describe the kind of political poisons that began infecting government during the Reagan era and metastasized during Donald Trump’s administration. The adulation of a single authoritarian white male was complemented by hatred for any kind of perceived government “interference” with personal freedoms. Government programs that sought to protect the people from pollution, poverty, and wealth inequality were dismantled. The cultural trends toward democracy and equality were violently threatened by the protectors of autocracy and white supremacy. The idea of education for all was replaced with policies and practices that promoted anti-intellectualism, a mistrust for science, and an erosion of our very ability to distinguish the difference between truth and lies.

Our country went crazy. The physical and intellectual toxins this systemic dementia produces relentlessly damages our brains and confuses our thinking.

What can be done?

We must clean up the environments that sustain us. For starters, we need to recognize and cherish the miracle of life on earth. As far as we know, LIFE, in all its glorious and exuberant diversity, exists nowhere in the universe but here, on Mother Earth. Life is precious, fragile, and fleeting. We must recognize that our demented lust for growth, control, and enrichment threatens to destroy the very environment that sustains the possibility of life.

We exist because of the unique and delicate balance of immensely complex natural systems found only on our home planet. We are a part of this life, not above it, not in control of it. We will not heal ourselves by mastering and conquering nature, but by recognizing that we are a manifestation of nature and can only prosper by strengthening our connections to the living world.

Just as we must learn to live in harmony with the natural world, we must also learn to cooperate with our own species. We forget that Homo sapiens are social animals that survive and thrive only through cooperation and collective action. We must resist systems of thought and action that divide us and cast life as a constant battle between rugged individuals. To achieve this level of cooperation, we need to create governments and institutions that value our interconnectedness and serve the greater good, as opposed to catering to the interests of a power elite.

We need to end poverty. With all the vast wealth we produce, it is crazy that millions of children are starving, that vast numbers of our fellow beings must live in squalid and unhealthy conditions. We must make education available to all. We must give everyone equal access to quality medical care.

These societal dementias cannot be solved by individual behavioral change and lifestyle modification alone. To counter these grand, systemic dementias, we need collective activism and a commitment to building just and democratic institutions. We must prioritize the greater good and cherish well-being of all forms of life on planet earth.

Michael C. Patterson is a consultant and coach who uses brain and mind sciences to optimize well-being across the lifespan. Michael and his MINDRAMP colleague Roger Anunsen have recently launched the MINDRAMP podcasts, Live Long & Live Well. You can subscribe to the podcasts at www.mindramp.org or directly at http://mindramp.buzzsprout.com.