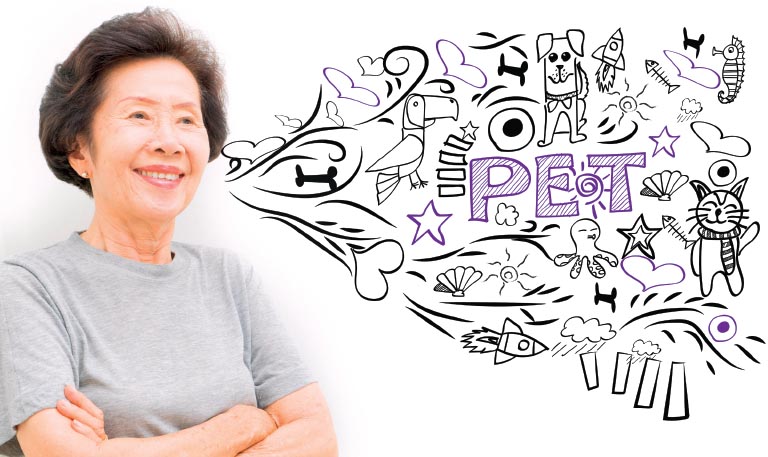 What’s a smidgen got to do with brain science? A lot! Smidgens could be the key to improving the future health of our brain.

We’re now living in what will forever be known as the golden age of brain science. An estimated 95 percent of everything that’s ever been discovered about older brains has been discovered since Mt. St. Helens erupted in 1980—and, through brain science, we’re now learning how to apply the science to real-life challenges.

Brain science isn’t rocket science. It’s a lot harder. We’ve been to the moon and back and if we spent enough money, we could get to Mars. But after decades of trying, there’s still no pill, no tonic, or even enough money to buy our way out of cognitive decline.

But there is some evidence-based good news—we can improve the health of our brains by changing the way we treat our brains—one smidgen at a time. It starts with falling in love with our brain and treating it with the care we’d give a beloved.

While we will continue to hope for a cure for Alzheimer’s and other dementias, we can do something right now to promote healthy brains. “Something” can be as tiny as a “smidgen,” as long as it’s a positive smidgen that is done strategically and regularly.

Every time your brain is stimulated by anything, a sequence of electrical charges travels through your brain a bit like the Pony Express, triggering all kinds of chemical reactions to help deliver messages.

Over a hundred neurochemicals have been discovered. The best known are dopamine, serotonin, cortisol, endorphins, and oxytocin. To help promote brain health, we need to learn how to control the flow of these chemicals—to regulate the negative chemicals that weaken the brain, and stimulate the positive chemicals that strengthen the brain.

Pop quiz! What’s the name of your favorite pet of all time?

By remembering your pet, you just created a gush of positive brain chemicals. You’re a smidgen healthier just by conjuring a positive emotional thought. You might visualize your brain as a laboratory with faucets that are full of neurochemicals. When your brain is stimulated by one of your senses or when you think about anything, you get what we call a NeuroSquirt. Your everyday goal is to make sure that your positive NeuroSquirts outnumber your negative ones.

A game-changing 2013 study from the Karolinska Institutet in Sweden concluded that combinations of positive lifestyle interventions had a synergistic effect that prevented cognitive decline. The Finnish Geriatric Intervention Study to Prevent Cognitive Impairment and Disability (known as the FINGER Study) combined lifestyle interventions that simultaneously targeted essential areas of brain health. The results, presented at the annual Alzheimer’s Association International Conference in Copenhagen in 2014, confirmed that cognitive decline can be prevented.

That study has been replicated by researchers in Australia and Singapore. But what about in the U.S.? More good news: A $20 million U.S. study was announced at this summer’s AAIC in London and will begin in 2018. I’m confident that the U.S. study will reach the same conclusion: We can prevent cognitive decline. Those five words should positively stimulate your brain, at least a smidgen.

Frenchwoman Jeanne Calment lived a robust life to the age of 122 and a half, which is the longest human lifespan ever recorded. In her late teens—when she was 117, that is—she revealed one of the many “somethings” she did: chocolate! Dark chocolate. She sometimes ate a kilo per week. That’s more than two pounds!  But she didn’t eat it all on a Tuesday or a Friday. She ate dime-sized smidgens of chocolate throughout the week. Small daily doses are believed to have helped her brain as well as her heart. Anyone ready for a brain-healthy smidgen of dark chocolate?

When you embrace daily doses of smidgens, you’ll be helping to build a “brain reserve,” a structural safety net. Research, including the famous long-running study of several hundred nuns, reveals that when we have a solid brain reserve it is possible to mask the symptoms of cognitive decline, even if at autopsy the subject’s brain is riddled with plaques and tangles, the hallmarks of Alzheimer’s disease.

Here are a few take-away positive smidgens: Mind your mind. Your brain changes both structurally and functionally depending on what you do, what you say, what you think, and what you experience. These changes can be either positive or negative.

Roger Anunsen is a brain health educator and program consultant based in Portland where he teaches college gerontology courses including The Aging Mind. Roger has been working in the field of memory and aging since 2001 and is a co-founder of MINDRAMP Consulting that provides nationwide brain health events, staff training, and educational courses.