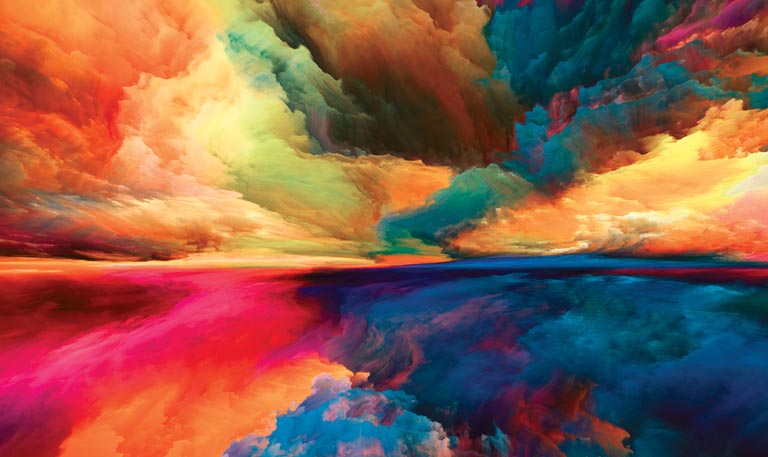 The one voyage I absolutely must take before I die will transport me not to exotic geographic locales, but to unexplored regions of my mind. I follow in the footsteps of Aldous Huxley who longed “to visit the mind’s antipodes and do some visionary sightseeing.”

I want to experience a trip on psilocybin.

Psilocybin belongs to a class of non-addictive drugs called psychedelics, which includes LSD, mescaline, peyote, and ayahuasca. Psychedelics have earned their notoriety because of their consistent ability to provide a transcendent and mystical experience. I’ll return to this topic in a bit.

My recent interest in psilocybin was piqued by its reported ability to diminish the fear of dying. I would like to die with ease and dignity. With this in mind the, prospect of easing anxiety about the complex process of dying sounded like an idea worth investigating. What surprised me, as I dove into the recent resurgence of scientific research, is that psychedelics offer a range of benefits for older adults.

I was surprised to learn, for example, that psychedelics can reduce chronic inflammation. Prolonged, systemic inflammation is a dangerous condition in which the entire body responds as if it was under attack. Systems get stuck in “fight-or-flight” mode. Resources needed for normal functions are redirected toward protective responses. Body and brain slowly starve. Chronic inflammation is increasingly recognized as a major risk factor for a range of age-related diseases and debilities, including dementia.

There’s more: Psychedelics also promote brain plasticity. Research has shown that psychedelics stimulate the brain’s ability to change and grow. A meta-analysis or recent research reported, for example, that a single administration of a psychedelic drug produces rapid changes in plastic mechanisms in the brain, “on a molecular, neuronal, synaptic, and dendritic level.” Psychedelics stimulate the growth of multiple brain structures. This is mind-expansion on a biological level.

Researchers believe that the increased plasticity may be the mechanism that supports the remarkable ability of psychedelics to reduce the symptoms of depression, anxiety, and PTSD. The relief is rapid and long-lasting. A major randomized, controlled trial conducted at Johns Hopkins University studied the effect of psychedelics on cancer patients who often develop clinically significant symptoms of depression and anxiety because of their diagnosis. The study showed that a high dose of psilocybin produced, “large decreases . . . in depressed mood and anxiety, along with increases in quality of life, life meaning, and optimism, and decreases in death anxiety.”

That all sounds great to me. A healing trip worth taking.

And, on top of all the health benefits, research shows that a guided psychedelic trip reliably produces a life-changing, mystical experience. Wow, cool!

This takes us back to Huxley’s “antipodes of the mind,” those mental territories so far from home they remain unexplored. I don’t want to leave this life having explored only the most familiar and accessible parts of my mind. I’m with Socrates that an unexplored life is not worth living. Leaving large swaths of exotic mental terrain unexplored seems a tragically wasted opportunity.

And psychedelics seem the perfect means of accessing the mystical states. Guided psychedelics trips have proven to reliably evoke states of altered consciousness. Compared to other means of accessing mystical realms, psychedelics are like super-sonic jets. You are there and back in a single day. No sitting and meditating in a cave for decades. No need for religious conversion. No call for flagellation or sensory deprivation.

I experimented briefly with psychedelics back in my college days. My one LSD trip was entertaining but not particularly mystical. The highlight was my friends morphing into archetypal representations of themselves: The Viking. The Buddha.

It was mescaline that was mystical. It transported me to a new kind of reality where everything—myself included—became pixilated as though revealing its primal components. No borders. Object and field became one kaleidoscopic display of luminous chards of light and color. The odd thing was that I could still walk around without bumping into trees. I could still chat with my buddies. The visual world was transformed but was still navigable.

I loved the mescaline experience. Yet, curiously, I only tripped two, maybe three times. There was no craving to repeat the exhilarating experience. These are hallmarks of the psychedelic and mystical experiences. They are revelatory. They open your eyes to a new way of seeing the world. Once opened, there is no particular need for reinforcement. You were blind, but now you see. I have to tell you this is very strange language for a lifelong atheist and avowed skeptic.

The only other quasi-mystical experience I have had was also in college. It was brought on, I believe, by sleep deprivation. I had been working through the night as a stagehand at McCarter Theater in Princeton, NJ, getting ready for the opening of a new show. I reached a point of exhaustion, and was rather glum and lonely as I walked home alone through the perfectly empty Princeton campus. I felt a slight breeze and had the distinct impression that time had stopped. I looked into the black sky and saw a single pink magnolia blossom floating slowly into my hand.

Existence had paused for an instant to offer me this reminder of beauty and an assurance that all would be well. This makes no sense, of course. I don’t really believe existence paused on my account. The experience, nevertheless, had that “noetic quality” of being imbued with profound meaning and significance. It lifted the weight of loneliness and replaced the negative effect with a sense of peace and quiet joy.

Psychedelics are said to be mind-manifesting. They evoke and bring forth contents of our subconscious minds. The nature of the trip is highly influenced by the set and setting. In clinical settings, there are always helpful guides who prepare you for the trip, are present with you while under the influence of the drug, and also help you process the trip after it is done.

Having experienced a bit of the mystical in my youth, I’m curious to explore the antipodes of my mature mind, a mind that is jam packed with seven decades worth of knowledge, memories and experiences. It would be lovely to take a psilocybin trip and have all that roiling, boiling confusion brought into peaceful harmony.

It would be lovely to relinquish life with a smile. It is all one. It all makes sense. It’s all lovely. What a wonderful trip it was.

Michael C. Patterson is a consultant and coach who uses brain and mind sciences to optimize well-being across the lifespan. Michael and his MINDRAMP colleague Roger Anunsen have recently launched the MINDRAMP podcasts, Live Long & Live Well. You can subscribe to the podcasts at www.mindramp.org or directly at http://mindramp.buzzsprout.com.

THE LEGAL STATUS OF PSILOCYBIN

The use, sale, and possession of psilocybin in the United States is illegal under federal law. Psilocybin has been classified as a Schedule 1 controlled substance since 1970, which indicates that it has “no accepted medical use and a high potential for abuse.” Neither condition appears to be entirely true, and the restrictions on psychedelic research are finally in the process of being loosened.

Dr. Tony Back of the University of Washington’s School of Medicine says that the Schedule 1 designation, “. . . really stems back to the Nixon administration and his dislike for hippies. . .  It’s [psilocybin]really quite safe when taken properly.”

In spite of its illegal status on a federal level, a number of states have worked to legalize the controlled use of psilocybin.

“Deprioritization” means that law enforcement considers arrests for use of psilocybin to be a low priority and the municipality has no interest in using scarce budgetary resources to prosecute the use of psilocybin. Detroit, Ann Arbor, and Washtenaw County in Michigan, Easthampton in Massachusetts, and Seattle and Port Townsend in Washington state have passed legislation stating that the prosecution of anyone using psilocybin is of the lowest law-enforcement priority and that city resources should not be spent on such prosecutions.

“Decriminalization” means that rather than arresting people for possession and consumption of psilocybin, the police may issue citations or fines. In 2019, Denver became the first city to decriminalize psilocybin, followed shortly thereafter by Oakland and Santa Cruz in California, along with Washington, D.C., and Somerville, Easthampton, Northampton and Cambridge in Massachusetts. In October 2021, Seattle extended its deprioritization policy to become the largest city to decriminalize psilocybin.

Psilocybin is decriminalized in:

Psilocybin is decriminalized in:

3rd Act Magazine does not endorse or encourage the use of Psilocybin or other psychedelics. There could be potential drawbacks including interaction or counteraction with other medications. Please check with your doctor before considering taking this kind of a “trip.”