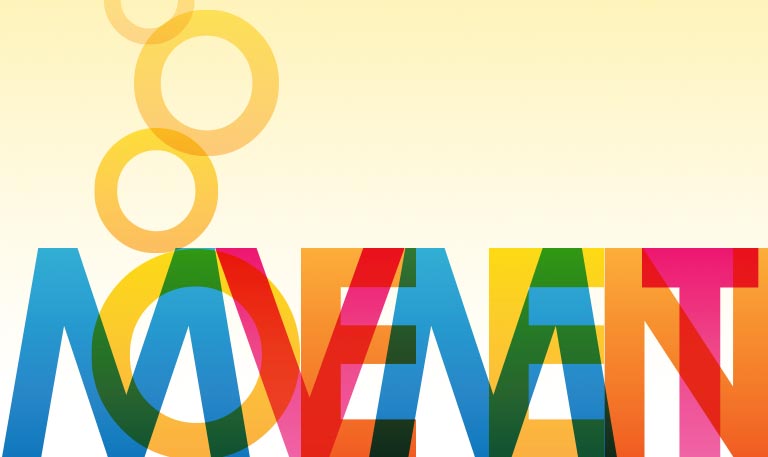 Two years ago, I received a flyer at my office informing me that I was probably getting in and out of chairs the wrong way. The ad offered an inexpensive class in something called the Feldenkrais Method, or “Awareness Through Movement,” that promised to teach me to move more efficiently and to do everyday things with less effort. Although I’m quite active, an old back injury and a recent leg injury were cramping my style, and I was intrigued.

A week later, lying on a blanket while an instructor explained that this class was about doing less and making the movement lazy, I was skeptical. I was also in pain. For the last 20 years, three herniated disks at the base of my spine had made it painful to lie on a solid surface. The scientist in me was a little worried that there might be what I thought of as a “woowoo” element to the practice—some kind of magical thinking.

But I was determined to give it a fair trial. By the third lesson, the back pain that had dogged me for two decades had faded to barely noticeable discomfort. I was hooked.

As for my concern about the “woowoo factor,” a little research quickly dispelled that notion. There is nothing mystical about the Feldenkrais Method. Its creator, Moshe Feldenkrais, held degrees in physical and electrical engineering as well as physics. He was also an expert in the martial arts. He was fascinated by the intersection of these fields—the mechanics of the movement of the human body. This fascination led to his “Awareness Through Movement” technique, which combines gentle, mindful movements with focused, playful experimentation designed to release muscle tension, increase joint mobility, and eliminate habitual, dysfunctional patterns of movement.

If you’ve taken other exercise classes, you’ll notice right away that the language of Feldenkrais is different. Feldenkrais instructors don’t give orders. Instead, they invite students to explore a movement to the extent that is comfortable for them. They use phrases like, “Begin to think about how you might…” and admonish students not to push the movement past the point of comfort. In fact, the Feldenkrais Method holds that if you can’t do the movement at all, simply imagining it at first may help the brain to figure out how to organize it.

Be ready to do a lot of thinking when you walk into a Feldenkrais lesson. Awareness Through Movement is as much about the awareness as it is about the movement. What changes in the lower back when you move your leg in this way? Where does the movement initiate? Is it easier on the left or the right? Most lessons end with a return to the first movement in the lesson, to see what has changed over the course of the session. First time students are often startled to find that their range of motion has increased quite dramatically.

The stand-alone nature of Feldenkrais lessons, coupled with the focus on not pushing limits makes it a more accessible practice than yoga or martial arts. No matter your fitness level, Feldenkrais meets you where you are. There are plenty of active lessons to challenge adventurous students, but also hundreds of lessons that can be done while seated in a chair or standing.

In the short term, the Feldenkrais Method will give you a collection of movements that serve as a sort of personalized medicine chest. Instead of immediately reaching for aspirin for a sore back or shoulder, you may spend 10 minutes playing with part of a Feldenkrais lesson targeting the area.

As for the long-term benefits, my Feldenkrais instructor often expresses frustration at the number of people who have unnecessary hip or knee replacements that could be avoided by regularly practicing simple, gentle movements to keep those joints moving smoothly. The awareness of how we move, and how our bodies are stacked up in space, also naturally increases balance, making falls less likely. Still, people of all ages do fall, and one of the areas the Feldenkrais Method focuses on is how to fall safely and how to get yourself up from the ground.

Finally, there is an undeniable element of fun in the method. Babies learn to crawl, stand, and walk by playful experimentation. Feldenkrais brings this spirit of playfulness back into movement. Sure, I can get out of bed by sitting on the edge of the bed and standing up, but sometimes, just for fun, I use one of the Feldenkrais rolling-over lessons, crossing one leg over my body, allowing the weight of that leg to pull the rest of my body over so that my foot lands on the floor, and suddenly I’m standing. Sometimes I’ll use the lesson where we learned to use the weight of both legs to pop up effortlessly from lying down to sitting. I don’t have any problem getting up from the floor, but sometimes it’s just more fun to use the Feldenkrais “spiraling up” method. Do I look silly? Maybe. But maybe, one day I’ll take a fall on a patch of ice and, instead of lying there hoping to be rescued, I’ll roll myself over, pop up to sitting and spiral up to my feet. And that is the genius of the Feldenkrais Method. It’s all fun and games, until you need it.

Basic Movements to Get You Started

Read carefully before moving on to the movements:

Sitting in a comfortable posture, slowly raise the right shoulder, then return to the neutral position.

Slowly lower the right shoulder, then return to the neutral position.

Combine these movements, slowly raising the shoulder and then lowering it in one smooth movement, then return to the neutral position.

Move the right shoulder slightly backward, then return to the neutral position.

Move the right shoulder slightly forward, then return to the neutral position.

Combine these two movements, shifting the shoulder slightly back and then forward in one smooth movement, then return to the neutral position.

Here’s the tricky part: Combine all four movements, moving the shoulder through a small circle—up, forward, down, back, and then return to the neutral position.

Try reversing the circle. Which one is easier?

While resting, consider: Do you feel any difference between the left and right shoulders? Is one higher than the other? More relaxed? There’s no right answer. Just notice what you feel.

Repeat these movements with the left shoulder, noting whether you find it easier, harder or the same.