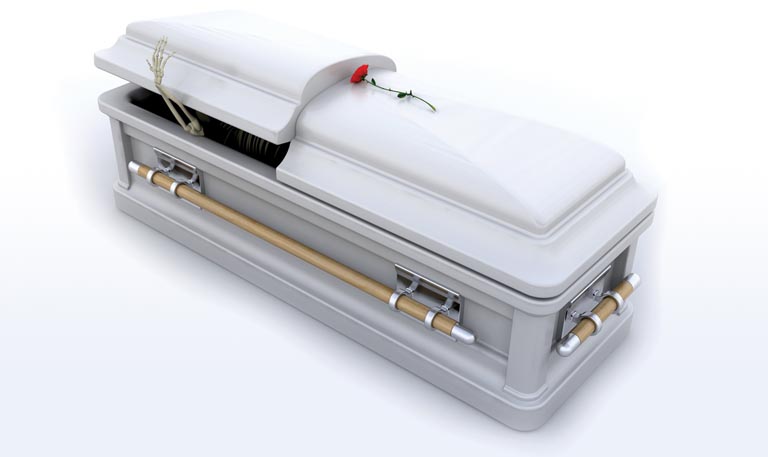 Making a will was easy. But deciding about my earthly remains, well …

Perhaps it was the almost unending threat of contracting COVID-19, or maybe because I had just turned 67 with my wife close behind at 66, but the two of us decided it was time to write our wills. “This’ll be easy,” I thought.

And to some extent it was. If I died, she got everything, the reverse being true as well. And if we both unexpectedly exited this world for the next at the same time, our kids would each get half. There. That’s done.

But then, things got difficult. What to do with our earthly remains?

For my wife, the decision had been made years before she met me. She wanted a traditional casket and funeral, interred near her parents where they resided, a cemetery in a suburb of Chicago. Aside from which music to play, a task which consumed the better part of three days (she decided upon What a Wonderful World by Louis Armstrong) the decision of how to repose on her final doze was easy.

Myself, on the other hand … not so much.

I had always planned on being cremated and having my ashes dumped in the ocean off the coast of San Diego’s Del Mar. This was how my parents had exited and I wished to follow their lead. The only difference would be that in their case, we charted boats. Too expensive and not at all like me, I told my kin. Just paddle my ashes out on a boogie board and heave-ho.

But now as I prepared to formally make my preferences known, I discovered something that put a bit of a damper on my plans. Namely, it’s illegal.

Yep, according to the federal Clean Water Act, ashes must be spread three nautical miles from shore. And while I didn’t know how far a nautical mile was, I was pretty sure it was further than you could paddle on a boogie board.

Which got me to thinking. How many legal ways are there to depose of one’s remains? Quite a few, I discovered.

And some of them are pretty cool. On the esoteric side, you can have a vial of your ashes shot into space for $2,500. But if you want them to stay up, you’ll have to pay a little more, otherwise they’ll be coming back as a shooting star. You can have your ashes transformed into a living reef, complete with bronze plaque and GPS location. You can have artistic renderings of your loved ones in the forms of tattoos where the ink is mixed with the ashes, jewelry and stained glass, and even a company that will transform your incinerated remains into a vinyl recording so you can be “knock, knock, knockin’ on heaven’s door” for time immemorial.

Opposed to the whole ashes to ashes thing? If you’re the seafaring sort, you can be buried at sea. Yes, all of you, as long as you’re far enough offshore and in deep enough water. Fond of gardening? How about a little composting for your recompose? And for those of you desiring to reduce your carbon footprint—along with the rest of you—there are green options such as a “natural” burial, which sounds a whole lot like what they did in the olden times. Green burial is safe and legal, uses biodegradable materials, and does not involve embalming. Green burial can only be done in approved areas specific for this purpose, so forget about parking your eternal self next to Spot in the backyard.

Of course, you could always opt for something exotic like aerial burial, common in Tibet. I’ll refrain from going into the specifics, but let’s just say it involves the enthusiastic participation of vultures. Enough said.

Interestingly, a study conducted in 2020 by insurance company Choice Mutual found that 35% of their respondents planned on a traditional burial, with 44% opting for cremation. That leaves 21% undecided. Hmmm, wonder what they’re planning?

It might be something that, while it’s illegal, is not all that uncommon, namely having one’s ashes spread at Disneyland. Apparently, the Haunted House, Pirates of the Caribbean, and It’s a Small World are the most popular destinations and, in fact, so common that Disney has a special code it invokes called “HEPA cleanup” that involves the vacuuming up of said scattered ashes. Yo-ho, yo-ho, a Hoover’s life for me.

As for myself, I have resolved to donate my body to science, in part to atone for the numerous times I cheated on Biology and Chemistry tests in high school. That, and the fact that it’s free. And when they’re done, they’ll actually return my cremated remains to my descendants. What a deal.

And in my will (hint-hint) I might make mention to my offspring of what a huge fan I am of Mr. Toad’s Wild Ride. Just saying.

Dave Bachmann taught English to special needs children in Arizona for 39 years. He currently lives in California with his wife and 14-year-old lab, writing poems and stories, articles, and poems for children and grown-ups.