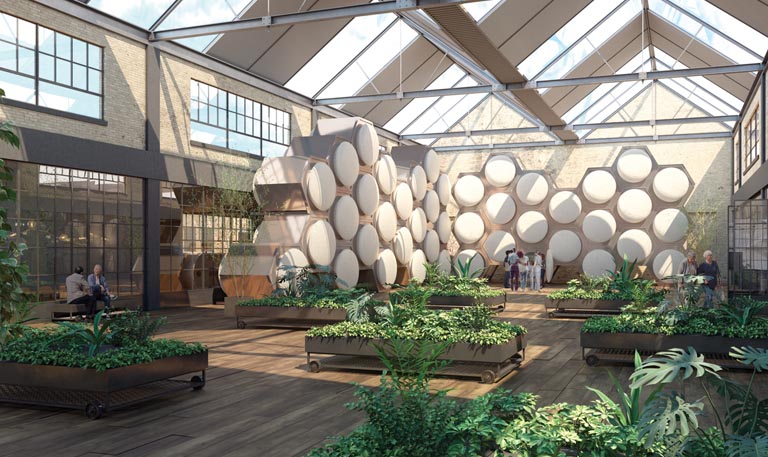 Human composting helps people live their values even in death

Ashes to ashes, dust to dust. That old prayer has new meaning as Washington stands ready to become the first state in the nation to allow human remains to be composted into garden-variety soil. The process, called natural organic reduction, is an alternative to conventional burials and cremation. Washington’s legislation also permits alkaline hydrolysis (water cremation), which dissolves remains in a pressurized vessel using heated water and lye, a method that’s been used since 1888 and is already approved in 16 other states.

State Sen. Jamie Pedersen, a Democrat from Seattle, introduced the bill into the 2019 Legislature, and he notes that both methods are safe, effective, and far more environmentally friendly than conventional means.

“The world has been reshaped by technology yet the only ways we can dispose of bodies are thousands of years old—burn or bury,” he says. “My general view is that this is a universal experience we all must face. It can be an uncomfortable conversation to have but I think it’s good to have options.” Pedersen’s bill faced little organized opposition, and he predicts other states will take notice. “What surprises me is how this has captured people’s imaginations,” he adds.

Human composting is the brainchild of Katrina Spade, the CEO and founder of Recompose (its website is recompose.life). She and her team hope to offer their service starting in 2020, pending the legislature’s action as well as working out regulations on issues like where and how human compost can be distributed.

Spade got the idea about a decade ago while in grad school studying architecture.  When her 30th birthday prompted thoughts of mortality, she started researching systems for the disposition of remains. A friend told her about a practice called livestock mortality composting. “It composts animals and turns them into soil. This has been done for years and is perfectly safe,” she says. “A light bulb went off for me. I love green-burial options, but you need a lot of space for that. Natural organic reduction, or recomposition, is a solution for urban areas.”

Here’s how it works: Remains are placed in a vessel, surrounded by wood chips, straw, and alfalfa. Strategically combined with oxygen, microbial action heats the material to between 120-160 degrees. In 30 days, everything, including bones, becomes soil. Artificial substances, such as titanium hips, are screened out. The process is appropriate for most people, except in the cases of death from a highly contagious disease or radioactive pharmaceuticals present in the body.

Supporters call this method gentle, respectful, sustainable, and spiritually satisfying—a return to the earth as nourishment. The environmental advantages to both natural organic reduction and alkaline hydrolysis are obvious, says Spade. They both eliminate toxic chemicals present in embalming as well as the production of greenhouse gas in cremation. “We estimate that a metric ton (per person) of carbon dioxide could be eliminated if natural organic reduction is chosen over conventional burial or cremation,” she adds.

Then there are cost savings.

“Conventional burial can run from $8,000-$25,000,” she notes. “Green burials may cost $6,000, and while direct cremation is cheap, around $1,000, it also produces greenhouse gasses and does not include a service,” Spade says. “Recompose hopes to offer the month-long composting process and a funeral service for $5,500.”

The process has been proven safe and effective following a rigorous study at Washington State University utilizing the remains of six donors. One of them was Briar Rose Bates, an artist and lifelong gardener from Vashon Island who died in 2017 at the age of 42 from melanoma. Her friend, Katrina Morgan, testified in support of the bill before the state Labor and Commerce committee.

“I remember Briar’s reaction when I said that it was possible that she could be composted,” Morgan recalls. “She said ‘Is that really possible? Because that would be perfect.’”

Morgan put her friend in touch with Spade, and Bates became part of the study. “She wanted to be first,” Morgan says. “She wanted to actively contribute to the creation of this option for other people who have the same values that she carried.”

For Spade, the journey has heightened her reverence for life. “I find the more I work in death care the more joyful I am,” she says. “There’s an awareness of what a gift it is being alive.”

Connie McDougall is a former news reporter and current freelance writer of nonfiction and personal essays. A lifelong student and proud English major, she has pursued lessons in flying, scuba diving, tai chi, Spanish, meditation, hiking and, most recently, Zumba.