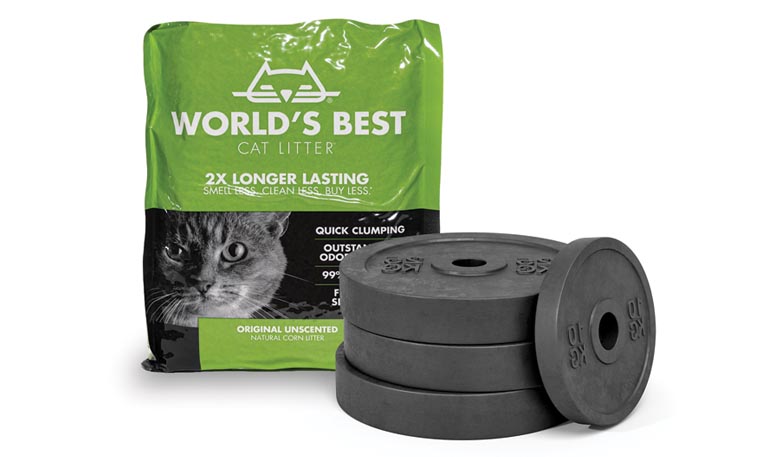 Several years ago, Edie Edmundson stood in a store, staring down a 25-pound bucket of kitty litter. There was a problem—she couldn’t get it into her cart.

“I asked a customer to take it down,” she says. “I thought, ‘This is ridiculous. I can’t depend on other people to do simple things for me.’”

Now 83, the Burlington, Wash.-based retired businesswoman was always active growing up and had been the captain of the drill team. But no one back then lifted weights, not even the boys. She never really considered it an activity she might like to try until that wave of frustration came over her in the grocery store aisle.

In a case of serendipitous timing, she found her solution when she won a one-month membership to a gym, CrossFit Skagit, around that same time. They started her off with an assessment of what she could do. She remembers that she couldn’t complete a single sit-up or get off the floor without using a box to pull herself up. She started a program of lifting light weights, and within a couple of weeks, she felt her strength returning. She was able to do sit-ups, and getting off the floor was becoming easier. A year in, she’d lost fat, gained muscle, and felt she looked better in her clothes, although that was just a fringe benefit. “I was starting to feel more energy,” she says. “I really liked being able to do the day-to-day things better, like pulling a suitcase through an airport, and going up and down stairs.”

Once she could lift 25 pounds, she went for 35, and then for 50. On her 81st birthday, she deadlifted 121 pounds, a fact that lights up her face to share. In fact, the deadlift—a movement where you lift the weight from the floor to hip level—has become her favorite exercise in the gym because it shows just how much her strength has improved.

“The body is meant to work, and when it doesn’t work, it gets really lazy,” she says. “The more you sit, the more you want to sit.” As much as Edmundson understands the gravitational pull to want to sit (how lovely it is to curl up with a good book!), it’s worth it for her to keep moving.
Edmundson can do all those things that aren’t always easy as one gets older such as walk to the mailbox, stand on her feet to cook, and get out of a chair. And of course, that bucket of cat litter is no longer a problem. In fact, she now finds herself helping others get items into their cart at the store.

“There’s so much we take for granted—walking, running, zipping around in the stores, putting our groceries into the back of the trunk,” Edmundson says. “People don’t expect older people to be able to do things like that, but that’s not a problem for me. I’m able to move.”

Haley Shapley is a freelance writer based in Seattle. This article is adapted from her book, Strong Like Her: A Celebration of Rule Breakers, History Makers, and Unstoppable Athletes, published by Simon & Schuster’s Gallery Books in 2020.