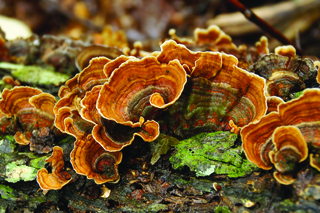 The definition of pharmacology is a book containing a compilation of pharmaceutical products with their formulas and methods of preparation. That being said, we are living in a pharmacopoeial age. Researchers have developed a multitude of synthetic versions of plant medicines, and weve learned that the natural world is a wealth of healing life. Human beings can greatly benefit from understanding their properties. Weve interacted with plants for thousands of years; traditional healers of all cultures went to the plant kingdom to help their patients heal.

Were mostly all familiar with the story of aspirin, and duly impressed with the pharmaceutical strides of the last century. The industrial age has brought its own consequences to the health of human beings. The packaging and the processing of synthetic products can often poison the environment where they are created, and the people who interact with them.

It is in this context that mushroom medicine is beginning to surface as a remedy among doctors and researchers, for compromised personal and environmental health. Paul Stamets has been a mycologist for over 30 years, and has written six books. His 2008 TED talk from his latest book, Mycelium Running; How Mushrooms Can Help Save the World, went viral on social media outlets. Dr Andrew Weil and raw foodist David WoIfe are also advocating that we pay more attention to the healing properties of mushrooms, and so Westerners are beginning to understand the fungi family.

Many mushrooms are medicinal shiitake and maitake may be the most familiar to those of us who like to make Asian stir fry dishes, while reishi, chaga, and other tree mushrooms are gaining traction in western alternative medicine. The Turkey Tail mushroom (Trametes or Coriolus Versicolor) is one of the newest ancient remedies to hit the stands, so to speak, as a wide spectrum healer.

Chinese medical doctors call Turkey Tail yun zhi, and they use it to treat inflammation, respiratory, digestive and urinary tract infections, ailments of the liver, and to boost general immune support. In Japan, PSK one of the active components in Turkey Tail – has been approved as an anti-cancer drug with 20 years of research behind it. Turkey Tail fights cancer in a few ways: by inhibiting the growth of the cancer cells, and by stimulating a host mediated response of NK cells, a type of anti-tumor white blood cell. Turkey Tail has also been found to regenerate bone marrow, and offer pain relief in cancer patients.

The ABM (Agaricus Blazei Murrill) mushroom from the mountains outside of Sao Paolo, Brazil is also known as a powerhouse cancer fighter. Both Turkey Tail and ABM showed most significant results in studies of cancer patients who were undergoing traditional chemotherapy and radiation treatments. It significantly increased disease-free survival rates, with few if any side effects and no immunosuppressive activity. (Sagakami et al 1993)

Turkey Tails are common throughout the northern forests of the world, in both the eastern and western hemispheres.They are generally a bit tough and chewy, so most often boiled for a long period and used daily as a tea.

While the Turkey Tail is a beautiful mushroom, it is the mycelium, the invisible network that supports the fungus and holds the surrounding ecosystem together, that gets people excited about the potential for healing the natural world. Paul Stamets calls mycelia tenacious soil magicians a gateway species that opens the door for other biological species.

Mycelia build soil and act as Earths natural internet; a biologically successful model of pathways that channel nutrients and information between plant species. Used as medicine, they produce strong antibiotics, effective against flu viruses, smallpox, malaria, and HIV. They also have insecticide properties against carpenter ants, fire ants, and termites.

Mycelium also has bioremediation uses decomposition is the fungis primary role in the ecosystem. Fungi will degrade or sequester toxins in soil eventually breaking down contaminants into carbon dioxide and water. Stamets worked with Patel Labratories in Bellingham on a diesel soaked soil experiment 6 weeks later the inoculated pile sported hundreds of pounds of oyster mushrooms, and light live soil that germinated seeds and supported new life.

Using the above as an example, it is safe to assume that as a metaphor for healing in the world and in the body, mushrooms are made of powerful stuff.