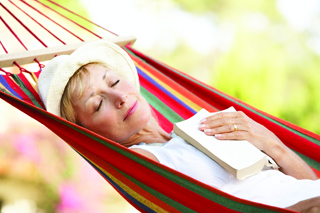 In todays 24/7, plugged-in, digital world, we spend a great deal of effort and resources trying to stay awake. However, over time, avoiding sleep can have a very negative effect on the quality of our sleep. When we examine all of the wrong foods we eat, the excess of alcohol, caffeine, and nicotine we abuse, plus the physical and emotional baggage we carry around, its easy to understand why tens of millions of Americans experience some level of sleep deprivation.

The lack of quality sleep on a regular basis can have serious health, and quality-of-life implications. In fact, chronic sleep loss is now being linked as a risk factor to a growing number of disorders including: heart disease, diabetes, obesity, depression, stroke, and increased risk of developing dementia and Parkinson’s disease.

The problem with getting a poor quality of sleep doesn’t end there. Inadequate sleep has been associated with injuries and mistakes in the workplace, vehicular accidents, memory/recall problems, and more. Without adequate sleep, your brain has a harder time absorbing and recalling new information.

Research has shown that 75% of people report a lack of sleep, but only 10% tell their physicians.

For older adults, trying to get a good nights sleep can be even more difficult. It has been shown that many seniors tend to fall asleep more slowly, and awaken more often during the night.

A study of adults over 65 found that 36% of women, and 13% of men take more than 30 minutes to fall asleep. Older adults also wake up more often throughout the night than younger adults. An increase in night awakenings can lead to other problems, such as falls and injuries among seniors. This concern only increases when the person is on sedating medications. Sleeplessness at any age is not normal. Healthy seniors should have no, or very few problems sleeping as they age.

Here are some of the more common sleep disorders a sleep physician would look for if you have trouble falling asleep, sleeping through the night, waking up too early, difficulty waking up, or excessive sleepiness during the day.

Sleep Apnea – Those with sleep apnea can literally stop breathing in their sleep. Usually the soft tissue in the rear of the throat collapses and closes, or narrows the airway, so breathing is repeatedly stopped and significantly restricted during sleep. This signals the brain to arouse the sleeper so that breathing will resume, resulting in fragmented and poor-quality sleep. Symptoms include snoring or gasping for air during sleep, morning headaches, memory problems and others. Obstructive sleep apnea (OSA) is another common sleep-related breathing disorder. OSA has serious quality-of-life and work-performance implications, and can also cause acute cardiovascular problems for those who suffer from the condition. Although sleep apnea has been linked to heart disease, diabetes, gastroesophageal-reflex disease, brain damage, erectile dysfunction, and obesity, it remains an under-diagnosed and under-treated condition. It is estimated that only 10% of patients with OSA are being treated. While the remaining 90% may know they have a problem, they choose not to pursue treatment.

Insomnia – Poor quality sleep or insomnia is the sleep problem most frequently reported to physicians, and is exemplified by difficulty falling asleep, waking often, and/or waking early. Causes of insomnia are many: excess drinking of caffeine or alcohol, overactive bladder, jet lag, and certain medications, to name a few. Cognitive behavioral therapy has been shown to be a more effective therapy, than any of the currently available sleep medications.

Restless-Legs Syndrome (RLS) – A disorder of the part of the nervous system that causes an irresistible urge to move the legs, RLS usually interferes with sleep onset. Those with this problem have an uncomfortable feeling in their legs, which worsens when at rest. The severity of RLS ranges from mild to intolerable, and affects nearly 10% of the population.

If you feel you may have sleeping problems, let your healthcare provider know. A growing number of sleep clinics now provide diagnostic testing and treatment for common sleep problems.