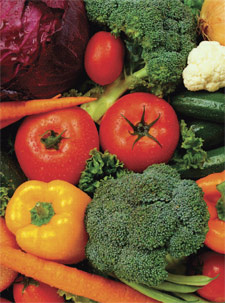 The challenge of chronic pain affects millions of us every day. We are quick to take analgesics, anti inflammatory drugs, or worse, prescription painkillers. Pain of various types is not uncommon as we age. People experience pain from a chronic illness, a past injury, or simply a change in the weather. A pain can arise from almost nowhere, without any pre-cursor. Last year, I experienced this type of pain behind my eye. As a breast cancer survivor, it’s difficult to get a pain anywhere without thinking you have cancer again!  The imaginary socket behind my eye was pulling like a tight rubber band,and I fully expected to wake up one morning blind.

So my first line of defense was a visit to my ophthalmologist. First, there was the glaucoma test, then the cataract test, and then the laser test for retinal tumors. These tests determined that there was nothing wrong with my eyes. I had perfect vision and no glaucoma. Next, I made an appointment with an internist. “What about migraines,” she asked? Well it didn’t feel like a migraine. “As a cancer survivor you can’t be too careful,” she said. She ordered one of those twelve hundred dollar brain scans of my head, and wouldn’t you know, it was all clear. She concluded that, it might be my sinuses, although I was breathing perfectly and hadn’t had a cold in months. She recommended that I have another test, and scheduled an appointment with a Doctor who could perform a CT scan of my sinuses. The test revealed they were clear as a bell. The radiologist there recommended that I see an ear, nose and throat doctor to have a complete exam, and have the sinus scan reviewed. This doctor had a strange looking camera that went up my nose, with long octopus tentacles, and a lens at the end. What was he looking at? What was giving me so much pain, but was so invisible to everyone that tried to find the cause?

It became a detective mystery that could not be solved. The pain got worse, the medicines didn’t help, the doctors were stumped, and my days were ruined by pain and the distraction it caused. It also didn’t help that I was spending such a large sum of money on all of these tests!

I decided that I needed a break from all this, so I made plans to visit my vegetarian sister in New Mexico. I spent four glorious days at six thousand feet, eating vegetables and drinking herbal tea. It was a wonderful and relaxing vacation. As I boarded the plane to return to Seattle, I suddenly realized my eye did not hurt. For the first time in five months, I was pain free.

I began to ponder what it was about my southwest adventure that took away my pain. “What did I do there to make it go away?” Or I should say, “What didn’t I do?”

It wasn’t until I met Dr. Janile Martin, a naturopath in Bothell, that I discovered that my severe and mysterious pain was due to my diet. It was the abundance of wheat, processed foods, red meat and artificial sweetener that most likely had caused the neuralgia behind my eye. It was my vegetarian vacation in the high desert, and the stress free joy of being with my sister that led to my pain relief.

Dr. Martin explained that since inflammatory diseases ran in my family in the form of various cancers, arthritis, gout, migraines and a host of other historical ailments, that I was probably suffering from the same issue. Certain foods are very inflammatory: meat, dairy, wheat, and peanuts, for instance. Combined with stress, pain is an all too common reaction to eating an abundance of these foods.

After just two weeks on an anti inflammatory diet, my pain was gone. As an added bonus, I had started to shed some extra pounds. My energy was up, my weight was down, and my sleep was greatly improved. What a miracle!

Not really. When is the last time you went to the doctor and he asked,”What have you been eating?” I spent five months and ten thousand dollars of my insurance company’s money, on a pain caused by my eating habits. Not one of the five doctors, four radiologists, or seven highly experienced practitioners I encountered along the way ever asked me about my diet.

Medical costs are skyrocketing, and the “ten minute doctor appointment” has become the way of the HMO. We need to begin asking ourselves, and our medical experts, more about the role our diets are playing in our illnesses and chronic conditions.

Next time you sit down to dinner ask yourself,”What am I eating?” Then, take a stress free vacation with someone you love.