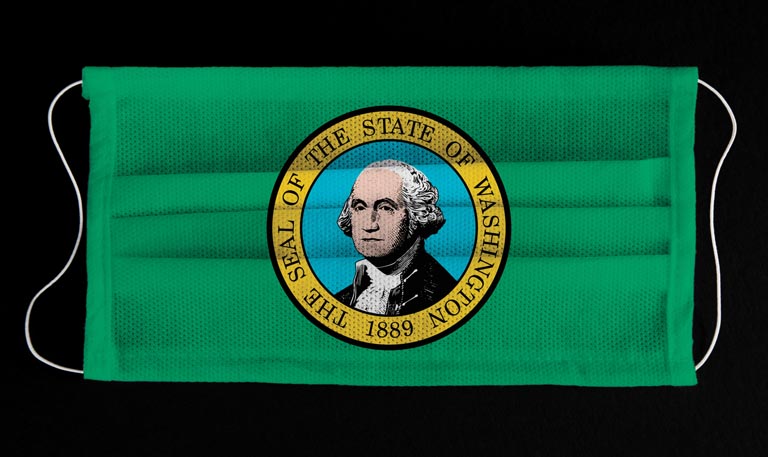 Boomers Lead the Charge Against COVID-19 in Washington State

It was an audacious coronavirus-related question eliciting a righteously indignant answer. “Is it possible to maintain strict social distancing for the elderly—anyone age 60 and older—while relaxing it for everyone else?” asked a millennial reporter of Washington Governor Jay Inslee in a May interview. “That’s impossible,” the governor replied. “We aren’t going to take people once they reach 60 and segregate them. That’s not consistent with any version of humanity. As a 69-year-old myself, I believe 69-year old’s can be productive.”

That exchange reflected a critical assumption underlying the state’s virus response from the get-go: that it could become an all-ages pandemic requiring an all-ages counterpunch. For key early leaders, there was zero tolerance for ageist talk of burdens and or Gen Z ridicule about Boomer Remover. Boomers, after all, fit the 60-ish demographic themselves and in the early days and weeks of COVID-19, they took exuded much-needed elder wisdom when little was known about the virus.

Gov. Inslee had been monitoring the virus outbreak in China from its outset, laying the groundwork for a possible emergency response. As a top Pacific Northwest trading partner, China’s state connections created potential for a cross-Pacific spread. On January 21, when a resident returning from China tested positive, Gov. Inslee was able to rapidly convene a press conference featuring updates from CDC medical experts, state and county health departments, and the hospital caring for the patient. The lineup made clear that decisions regarding the virus would be based on science and medical expertise. By February, with four more verified cases, he declared a state of emergency and upped the ante in March by closing non-essential businesses and issuing a stay-at-home recommendation.

Post-January press conference, the public became familiar with a trio of senior public health officials with a combined 90+ years of background in communicable diseases. Making regular appearances in the Puget Sound media were John Wiesman (59), Patty Hayes (60), and Jeffrey Duchin (62). The trio regularly doled out public health advice, warnings, statistics, and updates as the science behind COVID-19 became better understood.

It fell to Wiesman, the state’s Secretary of Public Health, to use his legislated authority to “implement procedures for instituting emergency measures necessary to prevent the spread of communicable disease.” Specifically, he proactively coordinated the statewide medical response, collected data, issued health orders, and, after the March closure mandate, approved county applications for the state’s four-phased approach to reopening.

Patty Hayes, director of Public Health—Seattle & King County, was tasked in January with coordinating a Seattle-based incident command center. She had evolved from candy striper in the 1960s, to a nursing career to agency head described as “the closest thing King County has as a sheriff for health.” Her calm demeanor was all business when racial incidents stoked fears among the Asian community. Hayes took to the media declaring, “Showing fear or hostility toward someone based upon how they look, it is not only wrong and hurtful, but it can harm our ability to keep everyone healthy. We need to be forceful in saying no discrimination will be tolerated.”

The Health Officer in Public Health for Seattle & King County, Dr. Jeffrey Duchin, immediately doubled down on his annual flu season advice: stay home if sick, wash your hands, use hand sanitizer, avoid touching eyes, nose and mouth, and cover your mouth and nose if you sneeze. With a resume of extensive work at the CDC and international work in infectious disease, he realized early preventative measures were critical. By April, when Duchin first recommended facemasks to supplement the stay-at-home order, he’d garnered enough credibility to have public support for the measure.

By the end of February, it had been a month since the initial diagnosed case, but at Kirkland’s Evergreen Health, Dr. Francis Riedo (65), medical director of infectious diseases suspected the virus hiatus was short-lived. His 39-year career in infectious diseases and tenure in the CDC’s elite program, the Epidemic Intelligence Service, told him to stay alert and follow his instincts. On February 27, the first day the CDC allowed testing for non-travelers, he sent samples to the lab from two critical patients, suspecting their symptoms were virus indicators. His hunch confirmed the first U.S. originating case of coronavirus and created a domino effect in the nearby Northshore School District.

In Northshore, Superintendent Dr. Michelle Reid (61), headed a school district of 23,000 students and 2,100 employees. With an academic background in chemistry and science and a 38-year resume in education, she was acutely aware that schools could contribute to a virus spread. When a district employee reported possible exposure from international travel, Reid convened the school board and employee unions, and then closed the impacted school the next day for cleaning. Six days later after two more employee exposures, she closed all schools for two weeks, the first district in the nation to take such dramatic steps. Anticipating the end of on-site classes for the remainder of the year, the district shifted to remote teaching, setting a precedent as schools across the nation followed suit.

When it appeared the pandemic would heavily impact racial and ethnic communities, senior tribal and community leaders took decisive action. The Makah Tribe on Washington’s coast closed its reservation to outsiders, erected checkpoints, and enforced a shelter-at-home order with fines. The following week, the Hoh and Quileute Tribes and Quinault Nation also closed their boundaries.

Gordon McHenry Jr. (63), CEO of United Way of King County announced two relief funds to provide food and housing assistance to people in need—in particular, people of color living in poverty, and service industry workers. A Seattle native with a law degree and career in anti-poverty work, McHenry applied pressure on the state to disaggregate COVID data by race or ethnicity and publicly called out the paucity of funding to community clinics serving immigrants and the lack of translated information about the virus.

Segregating our elders, Washingtonians over age 60, while the rest of you lived your pre-COVID lives? Bad idea. Such ageist thinking would have denied us all experienced, productive leadership in a time of crisis. And that’s not consistent with any version of humanity.