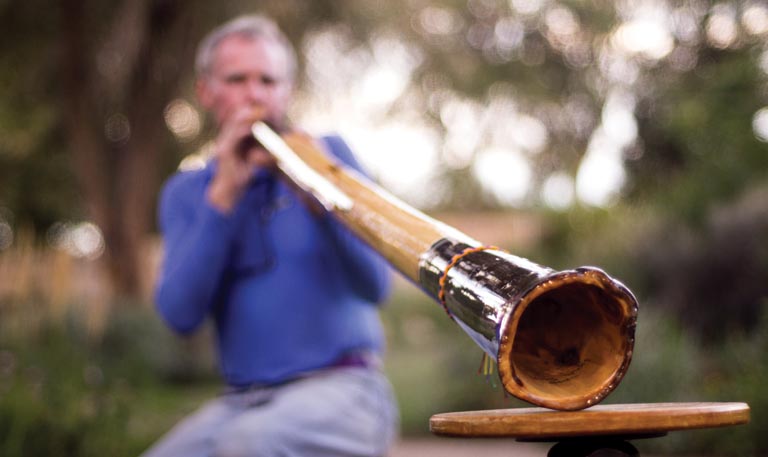 Harvard University’s Ig Nobel Prizes—not to be confused with Nobel Prizes—encourage research projects that initially make you laugh, then inspire you to think. A few years ago, a ground-breaking study on obstructive sleep apnea won an Ig Nobel for exploring an unexpected way to combat snoring.

First published in the British Medical Journal, this investigation into an alternative to prevent snoring was a bit of a sleeper at first.

After all, there are any number of CPAP breathing devices with masks that can give snorers relief, even if some of them have a look reminiscent of Hannibal Lecter in The Silence of the Lambs. Plenty of apnea sufferers and their sleep mates can’t tolerate CPAPs, though, and bedroom windows everywhere continue to rattle from snoring vibrations.

Provent is an alternative prescriptive treatment for sleep apnea that calls for no mask or apparatus—just little, disposable stickies that cover the nostrils to change one’s breathing pattern. Unlike CPAPs, however, insurance isn’t likely to pay for Provent. And it doesn’t come cheap.

Aside from surgery, CPAP, Provent, muzzling chin straps, or an overabundance of mouth guards, what can a noisy, restless snorer do to avoid being kicked awake during the night?

Along comes a study devoted to didgeridoo playing as a treatment for obstructive sleep apnea. Say what?

Yep, the didgeridoo—that long, tubular wind instrument developed thousands of years ago in northern Australia—has found its way to the boudoir. Before you start singing “Tie Me Kangaroo Down, Sport,” which does indeed have a verse about the didgeridoo, consider this.

In faraway Switzerland, a bloke named Alex Suarez had been suffering with sleep apnea. The CPAP was not his friend, and he was in anxious pursuit of an alternative. This martial arts instructor had a student who played a didgeridoo during a class break. As he watched how the instrument affected his student’s breathing, Suarez was intrigued, so much so that he began researching. He claimed he and some of his students experienced less daytime sleepiness and snoring by playing the instrument.

University of Zurich researchers caught wind of Suarez’s efforts, worked with him to test his hypothesis, and found it to be true. The didgeridoo study later drew attention from TV’s Dr. Oz. The Mayo Clinic even featured it in a book of home remedies.

Researchers believe that playing the didgeridoo exercises and strengthens the snore zone at the back of the throat where the base of the tongue meets the soft palate. A didgeridoo workout of about 30 minutes several times a week curbs snoring considerably, according to many who’ve tried it.

Before you chase after your first didgeridoo, you might like an update on Suarez, who’s engaged in a new study, this time with an American university. His goal is to develop custom training to go with a medical didgeridoo, which Suarez says won’t focus on sound and will be more than 90 percent effective for sleep apnea. He’s now less enthusiastic about musical didgeridoos. “Nobody knows anything of the right therapy content,” Suarez says.

The Asate Medical Didgeridoo, as Suarez calls it, may be available in the U.S. soon. To get updates on the product launch, email contact@asate.com.

Annie Culverdeveloped a knack for unearthing oddball characters and improbable events as a staff writer for various newspapers. In the early 1990s, she went to work for websites where she wrote sassy essays aimed at women, then shemorphed into a writer for several universities in the Northwest. She retired in 2016, yet still enjoys freelancing.

Want to learn more about the didgeridoo? InDidjInUs is the longest-running didgeridoo gathering of its kind in the Americas, marking 24 years in 2019. The Aug. 9-11 event offers didgeridoo workshops, vendors, and performances at Neal Creek Resort in Scio, OR, near Albany. Hundreds ofenthusiasts from around the world participate.

Daniel Miller of Eugene, who chairs the board of the nonprofit InDidjInUs, has heard from a few members who say playing the didgeridoo eases their sleep apnea.

“I don’t know that we have ever had a workshop specifically focused on sleep apnea or snoring, but this could happen at any time,” he says.

A didgeridoo player for more than 20 years, Miller even composes rock music with it. What does he like best?

“Perhaps the relaxed, meditational state of mind that it can put me in, and just being able to space out on harmonics,” Miller says. “I play several instruments, and didgeridoo is the one that offers the most benefit to the player. It has been said, that with the didge, you yourself are the instrument, and the didge is really just the amplifier.”