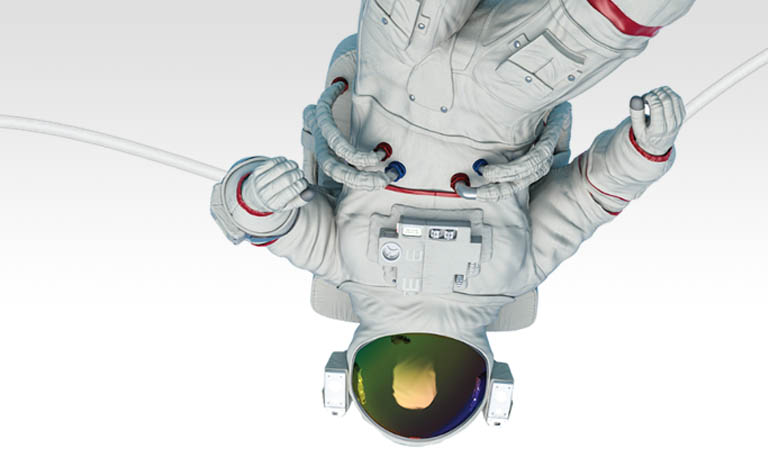 Almost 88, I wonder how aging seems to have passed me by. What I mean is that I have not had time to think about aging. I retired from NASA in 2000, but my to-do list is longer, not shorter. The talk I give about the effects of gravity on the body—received with polite appreciation 25 years ago—is applauded with enthusiasm when I speak today. In my case, there really has been no retirement and I love it, nor do I expect to retire any time soon. There is so much to do, so much to learn, so much to share.

My father was 60 when I was born. A doctor before there were CT-scans or MRIs and only limited lab tests, diagnosis depended on examining the patient with his hands, taking their temperature, and looking at them from top to bottom.  He specialized in infectious diseases—pain, redness, coughing, temperature, and vomiting were basic symptoms. Antibiotics and vaccines introduced during World War II for polio, typhoid and cholera kept some of the most serious diseases and infections under control.

My older sister (who later became a pediatrician) and I “apprenticed” in medicine at the dinner table each evening as the day’s cases were discussed. It was there I developed my curiosity and problem-solving capabilities. When my sister went to medical school my dinner table education expanded even more, not to mention her delight in diagnosing me with the sickness discussed in class that day.

There was no question in our parent’s minds about what we aspired to when we grew up. Surely, we would both follow in father’s footsteps in his clinic. But this was the 1950s and girls did not become professionals. Schoolmates headed to secretarial or translator careers.

Always the rebel, I backed off medicine the first day I walked through the smelly anatomy class. My sister registered me for pharmacy, hoping I would revert to medicine one day. Four years later, as things were getting politically unstable in Egypt, I went to London University for a “better” qualification.

With a PhD in Pharmacology and a young husband who needed support, we headed to America to teach at The Ohio State University. It’s there I pursue my research on stress. As luck would have it, the Professor of Physiology was setting off to California to form the first Biomedical and Biological Sciences in a new NASA. He recruited five scientists to get started, including me for my stress expertise. With two very young kids in tow we set out for NASA’s Ames Research Center. Had I planned any of this? Hardly! And so began my journey into Space Medicine and Aging barely three years after a human was launched into orbit!

Engineers designed spacecraft to defy the pull of Earth’s gravity, to reach Earth orbit, and circle Earth in microgravity. Then re-enter Earth’s atmosphere and land in the Pacific Ocean. In order to study what happens to the human body away from Earth’s gravity (G), ways of mimicking a reduced G environment had to be found. Sitting in the buoyancy of water was one way to reduce the normal pull of G on the body but hours in water is not healthy. A better simulation model was provided by lying in bed continuously.

When you stand, gravity pulls in one direction only, downward from head to toe. When lying down gravity pulls across the chest, minimizing its influence. Studying healthy, active men and women confined to bed continuously, I noticed the resulting changes were remarkably like those of aging: muscle and bone atrophy, balance and coordination problems, and much more. We now know that not only in bed but in actual space flight, aging changes develop 10 times faster than they normally do as we age on Earth. The similarities are substantial.

Whether we like it or not we are born on Earth surrounded by Earth’s Gravity, 1G pulling straight down. As babies we push against gravity to stand up. It became clear to me that gravity is the stimulus we use to grow and develop. Stop using it, become too sedentary, we stop growing and start wasting. On Earth we are evolved to use G to grow and stay healthy. We call the changes aging because they look like those that happen naturally as we age.

The less we move, the less we use G, the faster we age. The more we move, the more we play with the forces of gravity, the slower we “age” and the later we “age.” There is no magic, just common sense. And then we keep having fun, loving life and doing what we love, grateful for all the friends and things this life brings us.

Recruited by NASA in 1964 to study stress in astronauts, she later worked on ways to keep astronauts, including John Glenn, healthy in space and back to Earth’s gravity. Vernikos served as chief of the Life Sciences Division at NASA Ames Research Center in California, and director of NASA’s Life Sciences at its Washington, D.C., headquarters from 1993 to 2000. Winner of numerous scientific and leadership awards and a member of the International Academy of Astronautics, she was inducted into the International Astronautical Federation Hall of Fame in 2018, and received its top honor, the Emil Allen Award, in 2019.

Motivational speaker and an author, her books include The G-Connection: Harness Gravity & Reverse Aging, Adventures in Chocolate with her husband Geoffrey Hazzan, the groundbreaking Sitting Kills, Moving Heals, followed by Designed to Move and her latest, Stress Beyond 50.  Her mission is to empower individuals to have greater control over their health and well-being through frequent daily movement, turning stress from foe to friend, and living a long life with a smile.