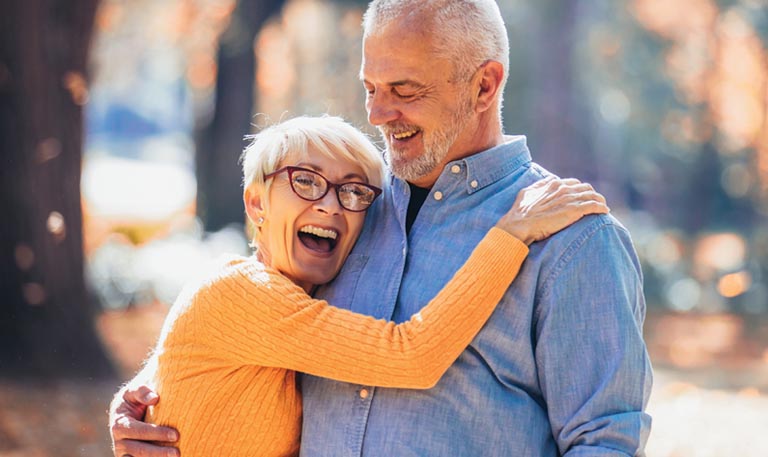 Here’s a thought exercise: Complete the following two sentences with as many answers as you can:

Did you come up with several answers for each statement? More to the point, was answering one more challenging than the other?

Most people have a harder time completing the second sentence and for good reason: Our youth-centered culture has conditioned us to think of aging solely as a process of deterioration and decline. Younger or newer ideas, products, and even people are generally considered more socially valuable than older or more established ones. As a result, there’s little for any of us to look forward to in terms of opportunities and support as we age.

Ageism—the discrimination against a person based exclusively on age—denies us older adults our potential and lowers the quality of our lives. It not only limits the kinds of jobs that are open to us and skews the results of vital clinical medical studies that exclude us as subjects but it also affects the degree to which we even consider ourselves as human beings worthy of equal dignity and esteem in everyone’s eyes.

The good news is that no one is helpless in dealing with ageism. In fact, once we understand the forms that such discrimination can take, we can work to abolish it and in turn restore a social balance to our lives.

Let’s look at each one.

Culturally, we find it easy to categorize people into groups and then make broad assumptions about the individuals in them. When people call us “the elderly” and describe us as mean, cranky, slow, forgetful, afraid of technology, resistant to change—or even cute, quaint, clueless, or helpless, that’s fluent Otherspeak. And it’s wrong. Sure, many of us have these traits, but so do people of all ages, including children.

On the other hand, if you’ve ever heard someone call an older person “honey,” “dearie,” or “sweetie,” or talk particularly loudly or slowly to that person without reasonable cause, that’s Elderspeak.

Now it’s one thing if these beliefs and descriptions are imposed on elders, but often we can be guilty of turning them back on ourselves. Internalized ageism causes us to say such things as “I’m too old for this,” “I can’t learn/do this at my age,” and “It’s too late for me to start now.” We’ve bought into the social truisms that tell us we’re over the hill, past our prime, should be put out to pasture, and do nothing but enjoy our golden years.

Those of us who believe in a third act beg to differ. Strongly.

Yes, our bodies and minds lose some capacity as we age, but the reality is that there are also significant assets to getting older, such as being better able to analyze problems from many perspectives, maintaining emotional balance during challenging times, and learning and applying many life lessons acquired from years of experience. We can—and should—remain productive and engaged, often in different ways than when we were younger.

Maggie Kuhn, who back in the 1970s founded the advocacy organization known as the Gray Panthers, believed that there are five social roles that older adults can play:

I’ll add two more: Mirrors of how old people are currently treated and Models of how they instead should be respected.

When we do things that older adults aren’t expected to do and show up in places where we aren’t expected to be, like dancing at a late night club, for example, when we actively seek out friendships with younger generations, when we stay abreast of technological developments, and develop social media skills, we slowly turn any age shame we may have into age pride and we inspire people of all ages to do the same.

Given the fact that a baby born in the United States today has a 50% chance of living to be 100 years old and that the global population of older adults is increasing, we should be speaking up for ourselves and speaking out for others, culturally and politically, to abolish ageism now. Our kids and grandkids, themselves future old people, will thank us.

I’m proud of my age. What’s more, I feel good about getting older.

Jeanette Leardi, proudly age 68, is a Portland-based social gerontologist, writer, editor, and community educator who has a passion for older adult empowerment. She gives popular presentations and workshops in journaling, spiritual writing, memoir writing, personal mythmaking, ethical will creation, brain fitness, ageism, intergenerational communication, and caregiver support to people of all ages. Learn more about her work at jeanetteleardi.com.