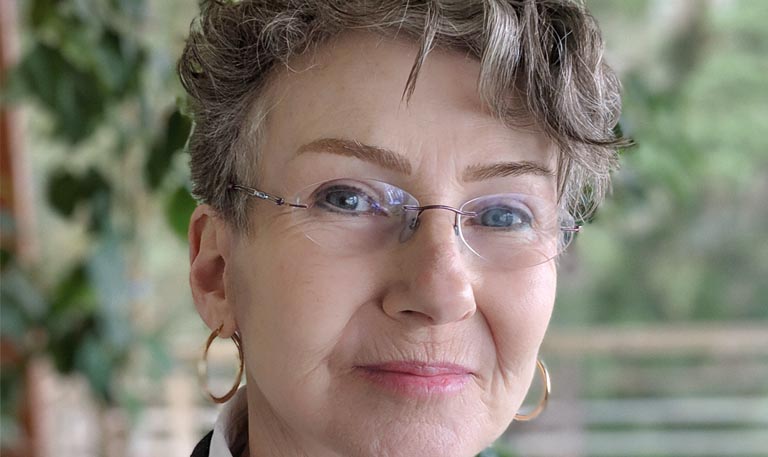 Imagine this: You’re getting your hair done, adding a little color to hide the gray, sitting in front of a big mirror. You’re talking to your stylist, who’s 30 years old and has perfect features. It’s easy to make comparisons, to wonder, hmmm, should I have a little work done on my face? My best friend turned those thoughts into action, and I followed her through the process.

Peggy Beller was beautiful in high school and never really lost that. At 65, though, she didn’t like what she was seeing in the mirror. Mostly, she was bothered by the way her mouth and chin looked. “I just felt like the lower part of my face was more wrinkly and prune-ish than the rest of it,” she remembers. She thought it would be great to get some filler for those areas, maybe a little bit of cosmetic surgery. Her goal was to look better, not necessarily younger, and not “different.” She wanted subtle changes.

The first step was finding the right surgeon. Peggy met Dr. Sam Naficy through her extended family, then researched his professional background, checked patient reviews, and looked at before-and-after photos of his patients. “I felt he was the best in the area,” she says.

We went together to Peggy’s appointments at Naficy Plastic Surgery & Rejuvenation Center in Bellevue. It was different from the usual doctor’s office décor of basic chairs and a few magazines. There was a tray of bottled water and fruit in the waiting room, a video screen with attractive post-surgery photos, and receptionists with great hair and make-up. Even the exam room had a pretty sofa and chairs.

Over two appointments, Peggy went from her first vague idea of getting “fillers” around her mouth to something much more extensive.

After the initial examinations, Naficy explains, “We thought she had sagging of her brow, her lower face and neck; she had lost some of the volume around her face, around her cheeks, temples, and mouth. She had extra skin around her upper eyelids; deep lines around her mouth and eyes. She had wrinkles related to collagen loss and loss of elasticity.” They also felt she had good bone structure, realistic expectations, and a good attitude—important for a successful outcome.

Peggy and the team discussed a combination of brow lift, lower face and neck lift, upper eyelid work, and laser resurfacing around her eyes and mouth. The plan also included injecting about eight teaspoons of her belly fat into the area around her temples, cheeks, and mouth to increase volume. It would all be done in one session, under general anesthesia. Following surgery, it would be two weeks until she was “socially presentable,” and a month before she would look pretty much back to normal. The appointment ended with an explanation of potential risks and how the team would minimize them.

Peggy gave a thumbs-up to all procedures. It was going to be expensive, because insurance doesn’t cover cosmetic surgery, but she was ready for that. She scheduled her surgery, and the front desk staff gave us chocolates on our way out.

On surgery day, I took Peggy to the clinic and picked her up about six hours later. Everything had gone well, the surgical team said, and they explained the care she’d need for the night, before her follow-up appointment the next morning. Her head was bandaged, her face was swollen, and she looked like a scary Santa Claus. For the next two days, while everything hurt and her eyes were swollen almost shut, Peggy kept saying, “I shouldn’t have put myself through this.” (Note to future patients: Have a friend nearby to tell you that it won’t hurt forever and you’re going to look great soon.)

A month later, Peggy and her husband traveled to New York, and she was healed enough not to feel self-conscious. Two months after surgery, she felt almost completely back to normal. Her face is still settling; there’s some tightness in places and a bit of scarring around her ears that will fade over time, but she really does look great…and a little different.

If you’re thinking about facial rejuvenation, there are a lot of options. Naficy identifies four issues:

“Most people want to look better and want to look natural,” says Naficy. While many people start with one treatment and perhaps add others later, “sometimes making a natural result requires doing something everywhere” at the same time. In Peggy’s case, for example, the team felt that her face would not be in harmony if she only treated the lower half.

Do Your Homework First

If you do choose cosmetic surgery, it’s very important to research your surgeon. Ask about:

Risks for surgery include reactions to anesthesia, bleeding, scars that don’t heal as well as expected, and numbness. Discuss these in your pre-surgical appointment.

Before you have any procedure, talk with your surgeon about what you want surgery to do for you. Helping a patient manage expectations is part of a good surgeon’s role.

“We tell people they’ll look better; we’ll set the clock back maybe 8 years, maybe 12 years. But then the rate of aging continues,” says Naficy.  It’s not a one-and-done type of process, he says; you may decide you need some additional treatment, but “the result of setting the clock back stays with you.”

As for Peggy, she says there are “no regrets.” She likes the way her neck and chin look, along with the skin around her mouth and her smooth forehead. And her favorite part is the one she never considered in the beginning. “I like my eyes best!”