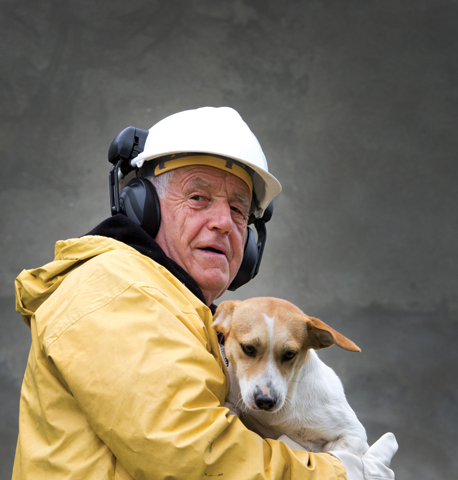 This is the original story: Mr. Fred Rogers told a story about his mother. He said that one day he was watching the news, and there had been a terrible incident in another country that had devastating effects on the people there. He asked his mother why the world was so bad, and why terrible things like this happened. She said it was a lesson to look for the helpers. Mr. Rogers said he did, and sure enough there were people running to aid the victims. People came from everywhere, helping wherever they could. Every time after that when he would see devastating events, he always looked for the helpers, and he was never disappointed.

Today my thoughts go to OSO and our friends in Arlington. We were sitting in our living room with a couple of good friends when the mudslide hit, and the news came over our phones and television. Our friends daughter called from the TriCities in a panic, wanting her parents to go home right that minute, for fear they could get caught with no way out. Luckily, they were safe. There were many sad stories that occurred during this time, and many acts of kindness and bravery. Like the selfless man that after finding his sister, stayed to help other families.

Later, I watched as 20 of my colleagues gathered up $400 at a breakfast meeting for the Red Cross to help our neighbors in OSO. People are still there helping, wherever possible, in any way they can. Remember the widows mite? No effort is too small.

If you look for the helpers, you will never be disappointed, and dont be afraid to ask. People will only strengthen your belief that there is still a lot of good in this world. Even though this tragedy is still with us, there truly are people out there that make it a little easier.