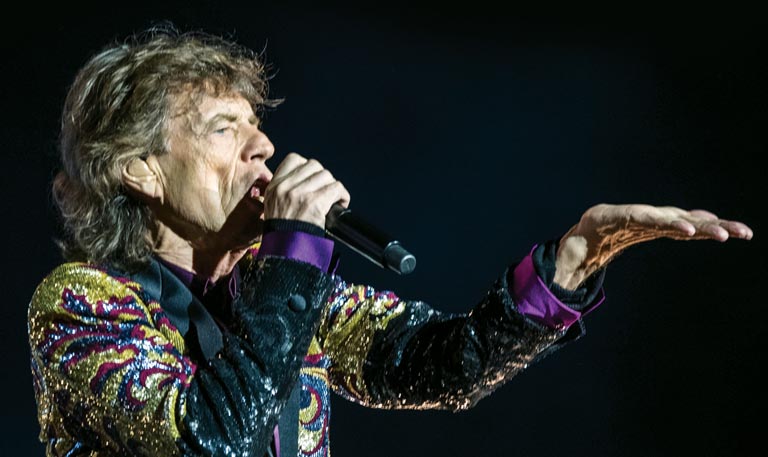 The quest may have started with the Chinese emperor who sent explorers to find a magic elixir that would rejuvenate him. We’ve been in pursuit ever since.

Life everlasting? Religious doctrine aside, an impossibility. But a solution nearly as good, and much easier, is right at hand—and our generation discovered it.

It came of age when we did, set our feet tapping in our teens, and hasn’t let loose yet.

Do you ever wonder why Mick Jagger is still bounding around the stage in his 70s? Why Tina Turner, born in 1939, was flashing outstanding gams and a voice strong enough to shatter glass after decades onstage? And let’s not even talk about Dick Clark, who somehow looked like a kid until he died in 2012. All small hints that these folks plugged into a rejuvenating lifestyle. Enchantment. Magic.

The band was jumpin’ and the joint began to swing, you should’ve heard those knocked-out jailbirds sing!

Rock and roll energizes, vitalizes, confounds, stirs, inspires. Why do many health clubs blast rock? When you hear it, your body wants to move. Toes tap and fingers snap. Pop. As in: “It’s finger, finger-poppin’ time.”

In pop music’s childhood, singers bellowed, “I don’t care what you say, rock and roll is here to stay,” and “Rock and roll will never die.” Well, neither will its proponents.

Why? Rock duplicates the body’s innate patterns. Whether fast or slow, “It’s got a back beat, you can’t lose it.” My personal theory is that rock has six basic rhythms that mimic life’s tempos. I have absolutely no foundation in either musicology or scientific study. Like the birth of the songs themselves, my hypothesis comes from the soul.

What about lyrics? Meaning? Rock has had its share of true poets—and it also has “Who put the bomp in the bomp bah bomp bah bomp? Who put the ram in the rama lama ding dong?” So what? Like great opera, rock is best known for its music, not lyrics.

What can you do with the six categories? Put them into action in your own life. Housework’s no chore if you crank up the volume on your favorite oldies station. Hand Jive nearly animates mops and vacuums into jitterbugging duplicates of Disney’s Fantasia sequence.

All well and good for physical chores, but surely mental exertions are a different matter, requiring peace and quiet. Nope. Faced with a puzzling income tax problem? Amplify “There ain’t no cure for the summertime blues,” and an answer pops into your mind as your hips gyrate. On deadline with a project? Nothing lifts the spirits like several choruses of At the Hop.

I propose we apply the magic balm of rock and roll everywhere. Imagine a city, a country, a world where the ungentle strains of rock echo through the canyons of financial districts and the hinterlands of wilderness areas. Where people stomp joyful feet as they go about their daily rounds, no time or inclination to dwell on negative thoughts or deeds. Where they fall into bed at night happily exhausted from amplifying the rhythms of their bodies and life.

Remember: “It even makes you happy when you’re feeling blue.” Rock and roll is why our generation will live forever—or almost.