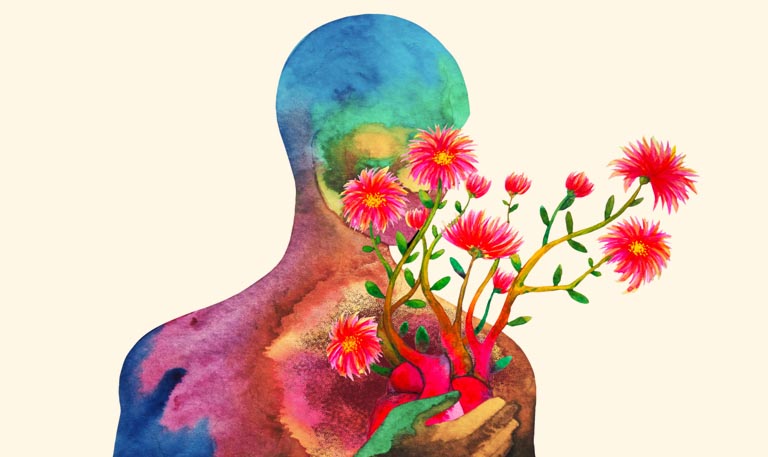 How to recenter when things aren’t going your way —

A few years ago, I was sitting in a meeting when a latecomer burst into the room. After apologizing for his tardiness, he explained that all but one lane on the highway had been blocked off and he’d been stuck behind a car that was going so slowly they were holding up traffic. He recounted how he’d laid on his horn but stopped as soon as he saw that it wasn’t doing any good. Instead, he took a deep breath and said, “Bless them, change me!”

After we broke for lunch, I asked him what exactly he meant by that. He explained to me that after years of often losing control when confronted by people not behaving as he wanted them to, he was taught to just accept them and the situation, even if they were wrong, and to ask God to bless them. At the same time, he was told to ask that he be changed in such a way as to make this possible.

In the time since then, when I’ve observed people behaving badly or I find myself all in a huff about some slight done to me, I remember this adage and say out loud, “Bless them, change me.” I always get immediate relief, which then allows me to step back from the situation, thus giving me the opportunity to evaluate what’s going on.

Usually, when I find myself starting to judge others for their behavior, it leads me to wanting them to be discovered and somehow punished for their transgression. I distance myself from them and make them out to be less than human.

Some acts are indeed wrong or hurtful and a person committing them needs to be taken to task for them. If they are illegal and someone’s been harmed, the perpetrator needs to pay the consequences. However, what I’m talking about is just the day-to-day bad behavior and annoyances caused by thoughtless people.

In the Christian Gospels, Jesus is quoted as saying, “Love your enemies, bless them that curse you, do good to them that hate you, and pray for them which despitefully use you, and persecute you.”

In the Dhammapada, a collection of sayings of the Buddha, it is written that hatreds do not ever cease in this world by hating, but by love, and that we should overcome anger by love, overcome evil by good.

The Hebrew Bible has many instances of the bestowing of blessings upon others as an act of mercy. In Deuteronomy, the Torah imagines God saying, “I put before you the blessing and the curse, life and death; therefore, choose life, that you may live.” God is equating curses with death and blessings with life. Bless and live!

In the Black Christian community, one often hears, “Blessing is a blessing.” What is meant by this is that through the act of blessing others we, ourselves, receive a blessing.

It is hard for us to accept the fact that, often, we are powerless to change other people. The only thing we can change is ourselves. But, how, exactly, do we do that?

In her book, The Myth of Closure, therapist and researcher Pauline Boss writes: “… the only window for change lies in our perception … once we realize we have the power to shift our view, we’re able to adjust it to one that is less laden with guilt, anger, or the need for revenge.”

There it is, then. We can change how we look at things, how it is we perceive what has happened. People of faith can ask the Divine Source to do that for us, to help us be less reactive. All of us, believers and nonbelievers alike, can use whatever resources available to help us learn to perceive things differently and to find the ability to change our response to those things.

I will always be grateful to the young man who shared with me how he transformed his anger and impatience into a blessing, and in the process, changed himself.

Stephen Sinclair lives in Seattle’s Capitol Hill neighborhood. Earlier in his life he enjoyed a career in show business while working out of New York and Chicago. A career as an ordained Unitarian Universalist parish minister and a hospital chaplain followed. Most recently, he worked with the homeless and is a weekly volunteer visitor at the Monroe Correctional Complex.