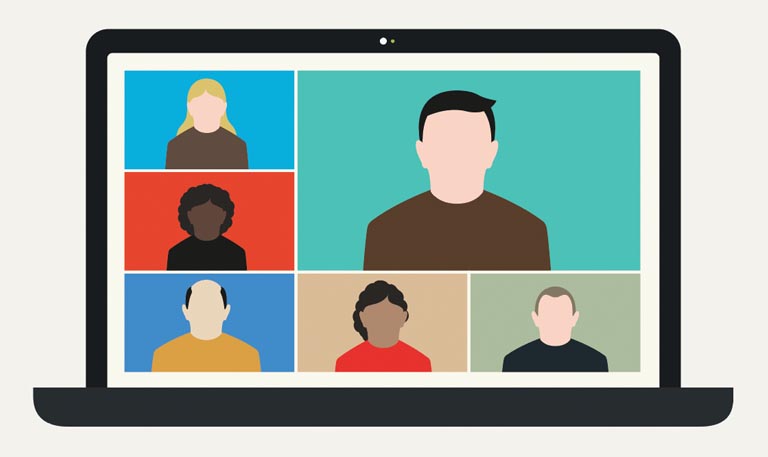 COVID upended a dream of teaching English abroad. Instead, the world came to me.

In February 2020, I traveled to Mexico to take an intensive four-week course in teaching English. I did it both as a sabbatical from my long career as a freelance writer and editor and as a possible entrée into a retirement career I could take abroad. But mostly, I relished the challenge of being in a classroom for the first time in decades, both as a student—at 58, I was the oldest person in the class by nearly 20 years—and as a teacher.

It was a rewarding experience, even if I was unsure whether or how I’d use the teaching certificate. My days in Guadalajara were filled with lesson planning and student teaching; my evenings were often spent online surveying the wide array of English teaching jobs around the globe. Maybe I’d apply to be a conversation assistant in Spain, where native English speakers work about 15 hours a week in the public schools, leaving plenty of time for travel. Perhaps I’d join the Peace Corps, or work my way around the world teaching informal “coffee shop English.” But as the course neared its conclusion, my options became clouded by the specter of a strange new virus, its impact becoming more dire by the day.

I arrived back in Seattle on March 1, 2020, feeling very much at loose ends. A few days later, I attended a volunteer orientation at Literacy Source, a hub of English language and citizenship classes in Seattle’s Lake City neighborhood. I was intrigued, but I decided not to apply, wanting to keep my travel options open. Although it had become clear by mid-March that no one would be traveling anywhere for a while, many of us hoped that the pandemic would be contained by summer, maybe fall. Yet, as 2020 wound down and international travel prospects remained murky, I finally decided to volunteer as an assistant teacher in Literacy Source’s morning conversation class held twice a week on Zoom.

As I write this, I’ve just wrapped up my second quarter of volunteering, and I plan to return later this year after meeting a book deadline and doing some fall travel. Together with lead teacher Cynthia Putnam, we volunteers help people learn to navigate life in Seattle and the United States via wide-ranging small group conversations about food, recycling, transit, current events, holidays and celebrations, sports and hobbies, you name it. There’s often a lot of laughter as we explain such idioms as “pig out” and “doggie bag,” and sometimes there is serious reflection as we consider questions like, “Which would you rather have: more money or more time?”

Some of our students have been in Seattle for decades, working hard in jobs that we now know are essential, including food service and home health. Many left countries that are beset by war, poverty, and corruption; some were highly successful in their homelands, but they’re starting over here. All are seeking their own version of the American dream, and it feels like a privilege to play some small part in helping them pursue it, all while improving my teaching skills and learning a bit more about the world.

While working on this essay, I heard a podcast interview with Dr. Katalin Karikó who—as a girl in Hungary—became fascinated with the potential of the Messenger RNA (mRNA) molecule. Karikó and her husband and daughter immigrated to the United States in 1985 so Karikó could continue her research into mNRA. Long story short: After decades of disappointment and obscurity, Karikó eventually helped developed the Pfizer-BioNTech vaccine against COVID. As I heard Karikó tell her tale in still-heavily accented English, I thought about how one of my students may someday change the world. Even if that never happens, I know they are changing their lives—and our communities—for the better.

Of course, the experience I’ve detailed here is not unique. We all put plans and dreams aside when the pandemic hit and we also learned to pivot, recalibrate, and reassess. As older folks, we were already good at that, and the past year-and-a-half have made us even more skilled at rising to meet whatever circumstances life throws at us. Resilience is an asset at every age and in every stage of life.

As for my future as an English teacher, I have discovered that, for now, I am content to use my skills right in my neighborhood. I live just a few blocks from the Literacy Source headquarters and I am eager to volunteer for in-person classes when they resume this fall. Who knows? A few years from now, maybe I’ll teach English in Baja or Budapest, or perhaps I’ll still be volunteering with Literacy Source here in Seattle. More will be revealed, and meanwhile, I have no regrets.

Julie Fanselow is a writer in Seattle and a frequent contributor to 3rd Act. Read more from her at surelyjoy.com.